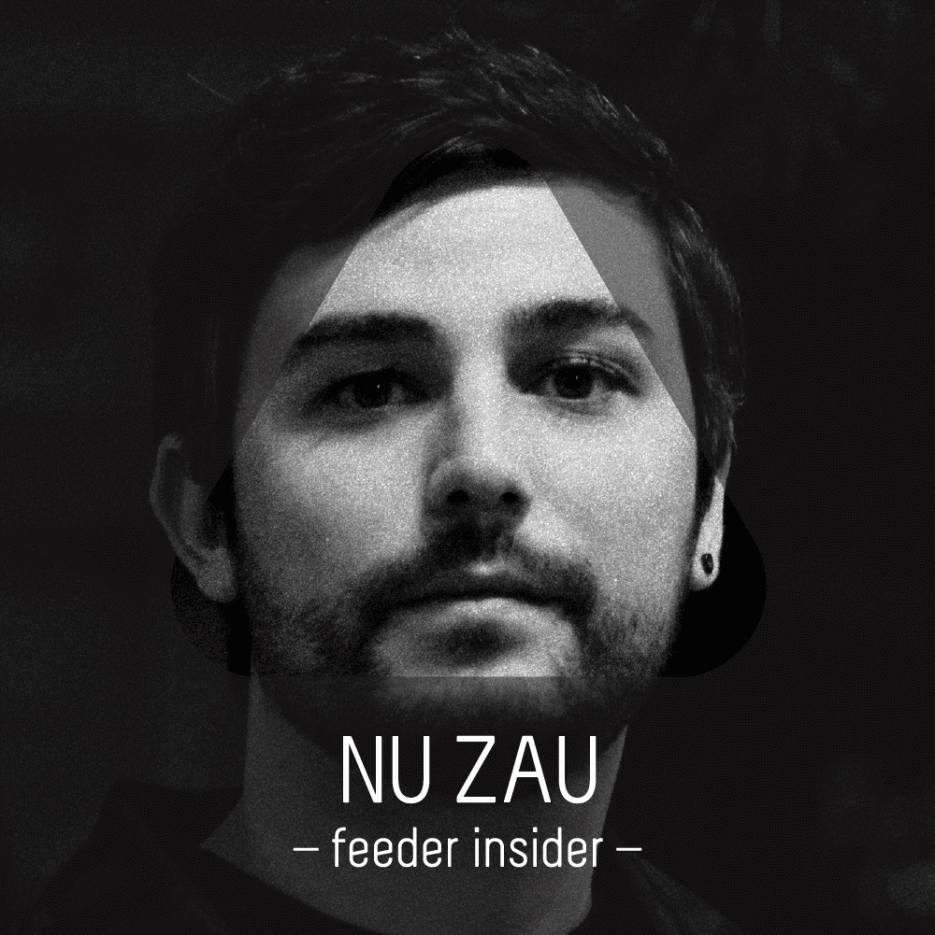 Nu Zau is one of the Romanian artists who have progressed the most in recent years. Having a sound characterised as dark, funky and atmospheric, Nu Zau has had releases at labels such as Fear of Flying, Archipel and more recently Castanea Records, where he released “Mult Așteptatul” EP which had remixes from the likes of DeWalta and U-More. To promote their unique sound and style, in 2013 Nu Zau and Sepp founded their own label UVAR which has five releases to its name by now. We had a chat with Nu Zau to find out more so take a look at our interesting conversation.

A place where I always go back with pleasure… to the countryside, at my grandparents’.
Tuesday evening… I’m having a beer.
In Bucharest, I recommend to my friends… taking nighttime strolls.
The last time I went to a stadium… two weeks ago.
The TV show that captivated me… Breaking Bad.
Nature makes me feel… free.
I like to surround myself with people… like me.
A habit I no longer have… spitting on the ground.
3 artists who influenced my career… Praslea, Cezar, Baby Ford. Vlad Dumitrescu: Hello, Nu Zau. We’re delighted to have you as our guest on the feeder insider series. It’s now been four years since your first release, Pason / Deja Vu, during which time you had support from the likes of Rhadoo, Raresh or Ricardo Villalobos. What is characteristic of your productions and how are they different from others on the underground electronic scene?

Nu Zau: I couldn’t really define my own productions too well… that would probably be subjective. I think that others would be better suited to describe my music based on their own perceptions. When I start making a track or a project, I try as hard as I can to induce warmth to it and a lot of sounds with an atmospheric value. Beyond that, I don’t believe I’m the right person to answer.

VD: Together with Sepp, you founded UVAR in 2013, a vinyl-only label which selects hypnotic house. What were your goals at that time? How did they evolve 3 years and 5 releases later?

Nu Zau: What we had in mind from the beginning was to evolve from a phonic point of view, choosing what sounded good and relevant to us, both emotionally and professionally speaking. With time passing by, the core remained the same, which is, to be honest with ourselves and promote our own sound and style. I can say that it evolved organically, naturally and also with the help of some friends, artists who supported us and who wanted to be a part of our project. We will be the same in the future and we hope to keep surprising you.

VD: Your last EP, “Mult așteptatul” sounds really good and DeWalta and U-More’s remixes are really interesting takes on your productions. What’s the story behind this release? How did your collaboration unfold?

Nu Zau: I’m glad you like it. It all began two years ago when we made the tracks and in time the person who owns the label got them. They suggested the two artists to me, two people whom I appreciate very much so obviously I accepted. The collaboration unfolded as you would expect of people who behave very professionally.

VD: We’re glad to find you on the next LDN004 VA, together with Roon & Scott Kemp, our future guests on the insider series. Rdv Jeudi, your contribution, sounds excellent. In 2015 you remixed 1988, Scott Kemp‘s track. How did you guys connect? Do you have any events planned together in Bucharest or London?

Nu Zau: In 2015 I was approached by Scott for a remix and we got along ok. I really liked the track and I found myself in some of its parts and one year later he reached out to me for a track on a VA release and I was on board. Regarding the events, we will have a showcase with the guys from Grooves on the 17th of April. VD: Memoria, Undefined, The Rabbit Hole, BP Mind Series, Movida Records, Moss Co, Gilesku Records, Fear of Flying, Æternum Music, Why So Series, Heisenberg, LDN, Body Parts – and surely we forgot something – are the labels that confirmed the quality of your tracks. What would you recommend a young producer to have as priorities in his first years in the business? How important is it to experiment, to detach yourself for creating and how much time to spend networking?

Nu Zau: I couldn’t really recommend something that would work as a guideline for everybody. After all, everybody’s different and each person has his own process. I can tell you what helped me, instead.

I always wanted to experiment and to integrate the musical culture of my past, both electronic music and from other genres.

Sometimes you can get stuck on a particular sound and a particular style of creating music, but you don’t have to force anything. Regarding networking, I find it very important both at a human level, “face to face” and online. In the internet era, you have to make time for promoting and at the beginning you have to do it by yourself.

VD: You have a vinyl collection that grows probably as fast as this artefact’s recent popularity. Why do you think that wax is back in the spotlight?

Nu Zau: For me, vinyl and digital are just as important. You can find good music everywhere and it’s important to integrate it gently and I can’t see why you couldn’t do that. And regarding the spike in vinyl sales, I think it’s probably a trend that had a lot to do with labels releasing quality music on wax and that was a major factor in the comeback of vinyl on the market.

VD: In the past, you mentioned that you use Analog Laboratory from Arturia and a Vermona drum machine. Do you still use this gear? How did you decorate your studio?

VD: You recently played at Villa Takeovers in Breaza, followed by a weekend in Berlin at IPSE Club. If you had to compare Romanian parties to international ones, what would be the main difference?

Nu Zau: Again, I think this is subjective. Obviously, parties can be good or bad in any corner of the world, it doesn’t depend that much on the local culture but on the moment, the club, the context, the sound etc. A difference that I noticed though is that the Romanian public is more focused on the music than an international audience. Somehow, we have a better-developed culture and a greater understanding of rhythm and sound, while the international public is more detached and more focused on the party itself.

VD: Your schedule for March is full of interesting events and destinations: UVAR showcase, Rodnya in Moscow, ZoneClub in Pristina, Kosovo, Techno Masquarade and [ISOLATION] in Bucharest, Corvin Club in Budapest, and on the 1st of April you have the CrazyJack party with Fumiya Tanaka in Paris. Where will we find you this summer?

Nu Zau: I don’t know yet what I’ll be doing this summer. I was contacted for two international festivals, but nothing is confirmed yet.

VD: Feeder.ro, “the news agency of the alternative world”, is a communication channel between artists and the public which has been active for 12 years. When and why did you first check out feeder.ro?

Nu Zau: I think it happened in 2007 or 2008. I kept seeing feeder.ro as a media partner on the flyers from Kristal or Studio Martin.

VD: It was a pleasure!