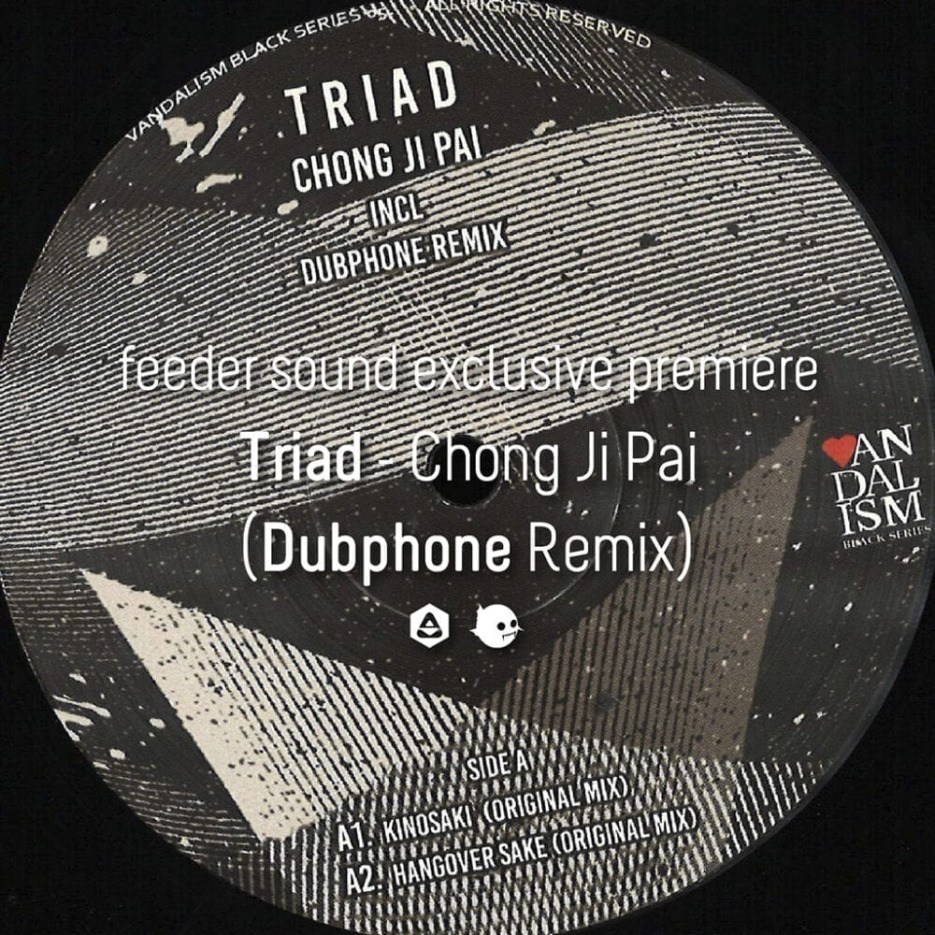 It is the 5th Sunday spent indoors, so we keep feeding your curiosity for alternative art and music with another beautiful track, exclusive premiere on feeder sound.

The 5th vinyl pressed on Vandalism Black Series was released a few months ago and presents three original tracks by Triad and a remix from Dubphone, the one behind the imprint. The release received a lot of support from the underground scene and it was played around the world at parties and events by Barac, Archie Hamilton and Petre Inspirescu.

Triad is a collaboration between No Replay, Pedro Bucarelli & Zakov, three of French underground’s DJ’s & producers. Based in Barcelona, Triad also founded Watermelon, a brand well-known since 2015 for organizing open-air parties with the main focus on quality and avant-garde electronic music.

Dubphone is an active presence in the international electronic music scene with a wide discography which counts collaborations with labels like Baile Musik, Ametist, Get Physical, Bad Barbie, Kindisch and Sleep Is Commercial aside from his own musical playgrounds Vandalism Musique Group and Vandalism Black Series. A talented DJ and producer, he shared the decks with a lot of renowned artists and performed at numerous parties and festivals enjoying massive support every time. Recently, he announced that a third label named Seve17een will come into existence, so stay tuned for more!

Grab your vinyl copy at deejay.de until they run out of stock.

“Kinosaki is a small city in Japan where we were a few years ago. It’s known for the Japanese traditional baths all around the city so everybody is dressed in a bathrobe. Also, we sampled a lot when we were around Japan and we took some parts in the EP” – Triad

The remix produced by Dubphone on “Chong Ji Pai” maintains the sound of the original track while removing some elements and adding a dark and hypnotic dub component. Stay home and infuse yourself with alternative music.

Join the feeder sound OPEN CALL for DJs and producers