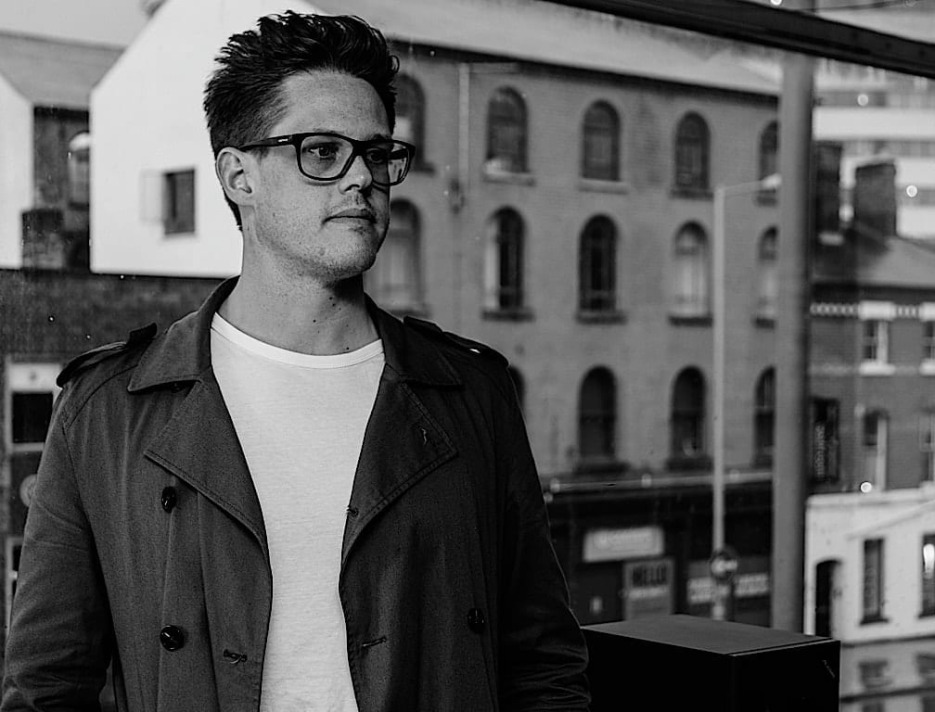 We spoke with Leftback Records owner and producer Dudley Strangeways about their latest EP with Dragosh, his early days as a DJ & more. Check out what he had to say below.

f: Can you remember your first performance? How did it go?

Dudley Strangeways: Yeah it was a shaky one. I’d played a few house parties previously where no one was really paying attention! But the first time playing out properly to a hand full of people was in a bar in Nottingham,  it’s called Suede Bar now, but I think it was called B Bar at the time. Remembering my first mix, my hands were jittering all over the place, but I settled in after a few records and calmed my nerves.

f: You describe yourself as playing ‘stripped back grooves in dark rooms’. Does that description influence your ideas when it comes to producing your own tracks?

Dudley Strangeways: For sure, I try and make music for myself and friends to play more than anything else. Even though some of it gets released a fair bit doesn’t. I always try and have what’s happening on the dance floor in mind or else what’s the point? I know some people don’t like to play there own music, and don’t get me wrong I’m not one of these people telling everyone in the booth that it’s my track playing ha…

f: Do you have any horror stories from your early days of performing?

Dudley Strangeways: Not really horror stories just playing in dodgy places where fights would break out on occasion and the equipment wouldn’t work properly. I had to make a pair of slipmats once cut out from cardboard boxes in the manager’s office to play on a boat in a club, very strange night. Cardboard, funnily enough, doesn’t make very good slipmats! Just funny stories when you look back and I think it’s definitely character building.

Dudley Strangeways: I rarely play in Nottingham nowadays, this year a few times, a few more than usual due to being resident for a new night, but unless it’s a Leftback party it tends to be outside the city. I don’t really have a preference as long as everyone’s into the music it’s all good.

f: What is your favourite place to perform and why?

Dudley Strangeways: I always really enjoy playing in Berlin. I’ve had some really good gigs there over the last few years, always with extended sets 4-8 hours so you can stretch your legs a little with what you’re playing. I think the most fun is always had at Sisyphos. We usually play during the day with a few friends from the label and the place is utterly bonkers (In a good way) so it’s a little something different from the usual after midnight slot. I think Berlin has a certain buzz that people can be as they want, and not get judged. Sisyphos encapsulates this perfectly where people can be seen dancing in a pair of boxer shorts and a dressing gown or as a pirate and no one even looks twice, inclusive vibes for days.

f: Can you remember the track or album that made you want to create music of your own?

Dudley Strangeways: I was never really listening to a track and think I would or could do that, I just fell into making music kind of by just messing about with programs. I played records first and got to know the guy who ran the local record shop, spending most of my free time in there or in the pub with the staff Saturday afternoons. I started going around his house to check record collections where he had a computer with Reason 2.5 and Rebirth on and haven’t stopped messing about with music since.

f: What is your earliest memory of music?

Dudley Strangeways: My dad’s always has had music on, usually 60’s stuff but even when I was a kid the radio was always on in the house or in the car with music or the football blaring away.

f: What has been your favourite release of the year so far?

Dudley Strangeways: There have been a few crackers this year, apart from the new release on Leftback LB015 from Dragosh “Perfect Timing EP” (shameless plug sorry). I’m a huge fan of Ricardo and really into the new EP he’s done with Butch. The B side “down” the break is insane, A side is a belter as well.

f: What other DJs/producers have you been enjoying recently?

Dudley Strangeways: I’m really lucky as most of the producers and DJs I rate are mates and/or are on Leftback. TIJN is killing it again this year loads of output and all really tight stuff, some good releases lined up for this year on some top labels from this boy. Miffy and Miller who we’ve just signed to Leftback have some crazy tracks and have been playing at least one, two or sometimes three of their tracks from either themselves of there new Real Gang label in my sets all year. Outside of our circle Traumer is creating some amazing music his drums and percussion are insane. DJ wise Sonja Moonear still kills it every time.

f: You have developed a very strong reputation as both a DJ and a producer. Which is more important to you or do you view as them being very separate?

Dudley Strangeways: Thank you. I’ve never really given it much thought both I’ve done for a while so I don’t really look at them in point of importance, it would be like having a favourite child or something to that effect.

Dragosh – Perfect Timing EP is out now on Leftback.

Dudley Strangeways – Rondo’s Return is out 23/07 on Pleasure Zone.