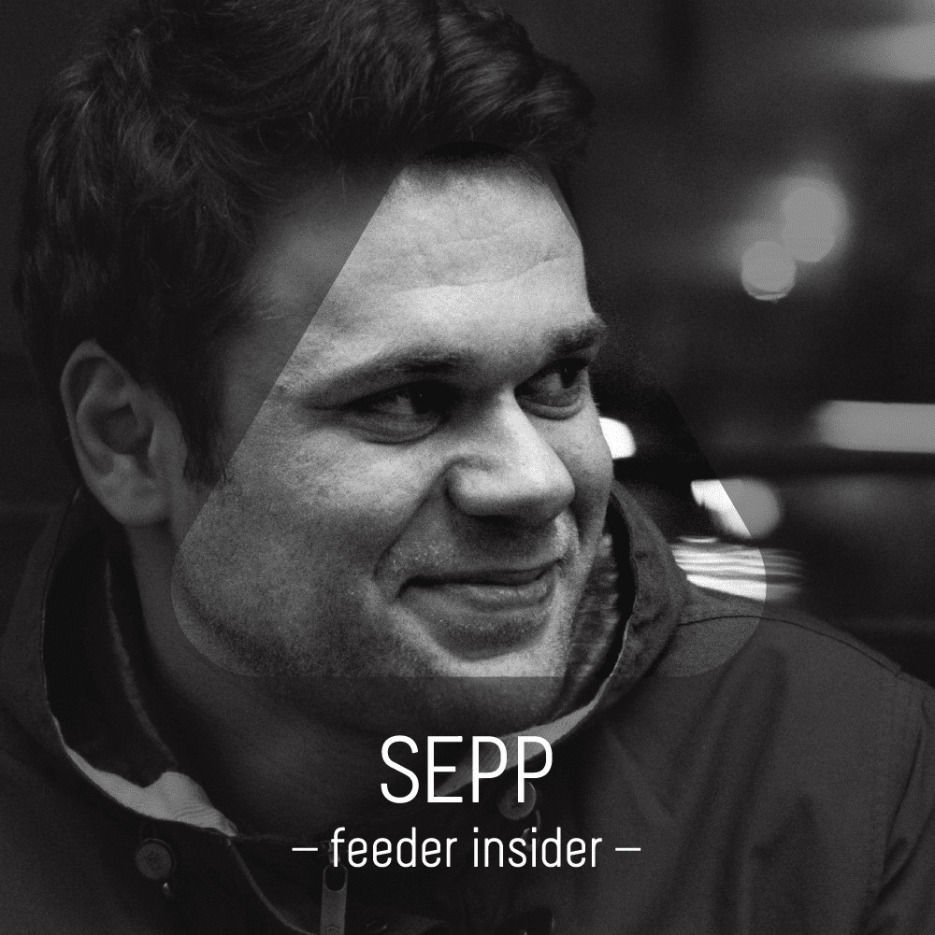 Born and raised in Constanta, Sepp is an influential name in the Romanian underground scene. Bajdechi Teo, by his real name, has founded alongside his friend Nu Zau the label UVAR and last year he created Catren, a label where we can find a more lyrical and organic approach to music. We had a chat with Sepp and he told us how he manages to keep a balance between the DJ life, which involves a lot of travelling, and being a musical producer, how he chooses the names of his tracks and what inspires him when he chooses the artworks for UVAR and Catren releases.

The seaside is… the only place I go when I want to relax.
Thursday morning you’ll find me… in the same place as the rest of the week.
A habit I would like to develop… to stop working so much at night.
The best memory… the summer of 2013.
A quality that I always look for in people… humanity.
If I could travel in time… I would be more careful.
A secret place in Constanta… Vantului street.
The wallpaper on my phone… my little girl.
The last film that touched me was… Colonia directed by Floria Gallenberger
3 vinyls that I always take with me… Petre Inspirescu – Talking Waters, Rhadoo – dor mit oru, Lazar Cezar – Din Gând În Când EP

Vlad Dumitrescu: Hello, Sepp! We’re glad to have you as our guest on feeder insider. Recently you had a gig in Moscow with Nu Zau and in May you have lined up events in New York, Washington and Chicago. How was the first part of the year for you and what plans do you have for the summer of 2016?

Sepp: Hello, I’m delighted as well. I think the first part of the year was really good, I had events both in Europe and in Romania and that pleases me and it gives me the strength to go forward.

Indeed, I had a full weekend with my friend Gabriel, aka Nu Zau, in Moscow at Rodnya and then in Kosovo at Zone Club. I thought it was a nice weekend. For the summer of 2016 I have an Asia tour planned for June and after that we’ll see. 🙂

VD: We listened and recommended Timpuriu LP, a release that will be released in May, vinyl-only. Why did you choose to make an LP instead of going with the, perhaps more obvious, choice of a series of 2 or 3 EPs? Did the tracks hold a narrative that made you release them in this form? Or were there practical, logistical aspects that you took into consideration?

About Timpuriu… I always wanted to release these tracks on wax, but not separately, I wanted all of them to be together indeed to create a story, a story which in my view it takes the listener from the beginning to the end through different moods.

That’s why I chose to go with this form of 3 x 12 “LP. The narrative of the tracks made me release them this way, you’re right. the LP starts and ends by telling you something, it sends a message…

VD: You’re a good friend of Nu Zau, with whom you collaborate pretty often and in 2013 you founded UVAR Record Label. What were the elements that connected you at the beginning? Can we expect a new release from you guys?

Sepp: Yes, in 2013 I started the label with Gabriel, Nu Zau. The ideas, the way we think and of course the music are the 3 elements that brought us together.

We’ve been working for a while on some tracks under the name of Epau, we haven’t really finished much until now, but surely this year we’ll have something new.

VD: Catren, your own label, started off in 2015 and we can already say it is a success consider how well the first release, “Trubadurul EP”, was received. What is the concept behind this project and what are your objectives for Catren?

When I started Catren, I wanted this label to have certain musical nuance, something different from UVAR and of course I wanted it to be a 100% Romanian authentic product.

VD: You choose interesting names for your tracks, like Basolerief Edict, Afumati, Crampei de Balad or Taina Gorunului. Where does the inspiration come from for these names?

Sepp: Interesting question, one that I encountered before…  the names of the tracks are actually the names of novels of the great Romanian authors. Referring to the inspiration, it is the other way around: I choose the name of the track and after that I visualise how it would sound considering its name, it probably doesn’t sound right, but that’s how I work. 🙂

VD: I noticed that UVAR and Catren have a simple, honest and local feeling attached to them and for the artworks you use old images from Romania. How do you collaborate with Andrei Ion, the graphic designer that does the artwork and how much do you get involved in the creation process?

Sepp: Indeed, UVAR and Catren were made in this way to have a simple, honest and local feeling to them and for the covers we use old images of Romania or elements that are connected with our country’s traditions. The collaboration with Andrei was, is and I’m sure will continue to be a good one, he is a very talented guy with whom we enjoy working every time. I get as much involved in the creation process as I can because I want the product to rise up to expectations.

VD: In recent years you’ve travelled intensely through cities like Miami, New York, Montreal, Moscow, London. How hard is it to launch an album in these conditions? How could you get the right balance between production and gigs?

Sepp: It really isn’t that hard to release an album when you’re travelling because some of the tracks you already have and the rest of them you can create in between your gigs and personal life, it depends on what time you have. In short, you’re the conductor of your own time and space.

VD: If we paid you a visit at your studio, what equipment would we find there? How would it be different from 3 years ago?

Sepp: We’re talking about Elektron plus a Quested sound.

VD: You prepared a mix for the feeder listeners and we’re sure they will enjoy it. Thank you! What inspired you when you selected the tracks for feeder sound 82?

Sepp: The inspiration for the tracks came very easy: the wonderful sunny weather and the lake view.

VD: Feeder.ro, “the news agency of the alternative nation”, is a communication channel between artists and the public, active for 12 years and counting. What made you visit feeder the first time? Do you think that the internet, in general, has changed the landscape for the underground music world?

Sepp: I remember the first time when I saw an article from Feeder, it was on Facebook. I think it depends from what point of view we’re looking at this change… personally, I can say that we are much closer to each other, at least in this area.