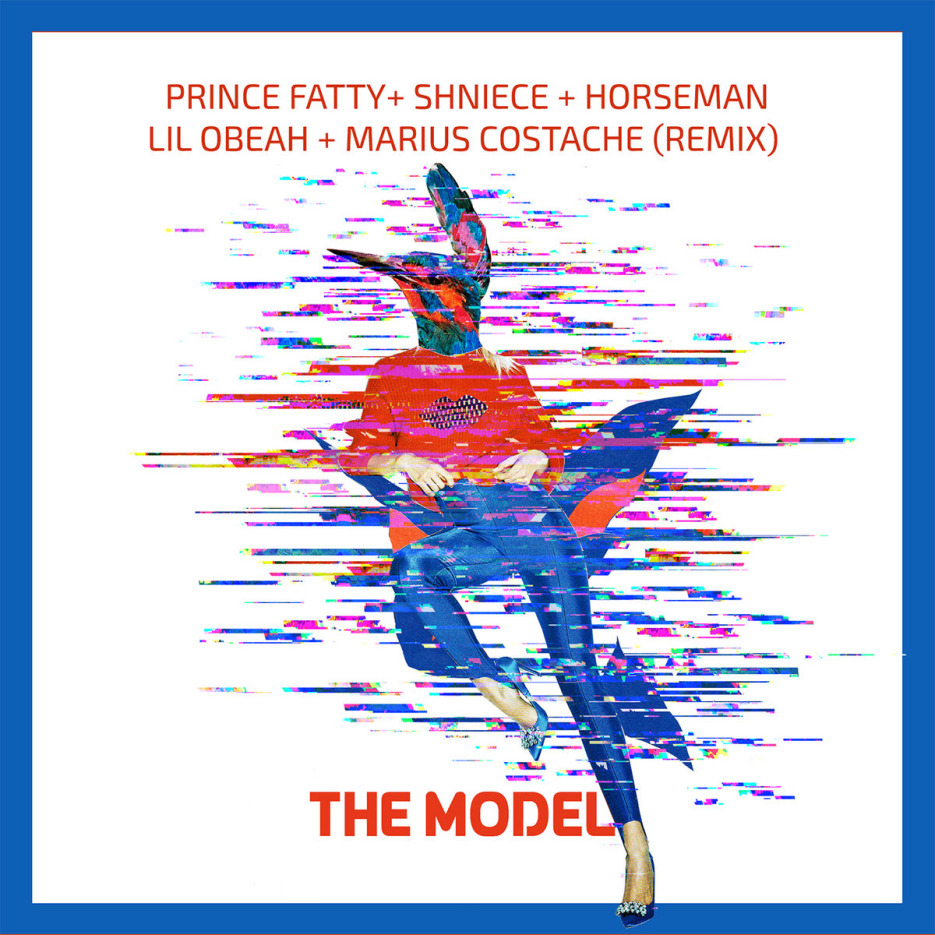 „Prince Fatty is the Damien Hirst of UK reggae, dub and ska and just like King Midas whatever he touches turns to solid soundsystem gold madness. Just hit play on his version of Kraftwerk’s The Model and see. It was a blessing for us in Transylvania during the communist era and beyond to hear that original song played by John Peel or djs on Radio Free Europe. So when Fatty released a stem pack it was like a prophecy fulfilled: we must remix it!

His songs are ground-breaking soundsystem anthems, with heavy fat bass and pumping groovy drums, that make you think and dance at the same time and we chose to remix The Model and create a bridge to connect reggae, dub with disco, electronic, and hip-hop. While we slowed down the original and had Horseman shout out Kraftwerk properly, on the versions we had our own Sound of Art to Come goddess Cristiana adapt the lyrics and sing in Romanian and I chose to pay tribute to the Deutsch sung original.”

With his versions the Prince has always created a bridge between reggae, dub, ska, rock, disco, electronic and hip-hop and his albums often feature re-recorded classics like: Shimmy Shimmy Ya, Gin & Juice, Got Your Money, Insane in the Brain, The Model, Fever, Take Me As I Am, Black Rabbit aka White Rabbit, Wet Dream, The Beat Goes On, Police In Helicopter and a full-on Nirvana reggae re-workings with Little Roy called Battle For Seattle.

After ten years of making eclectic music, the dub ghost musician from Romania has tuned in to another frequency creating Lil Obeah from Transylvania. When it comes to his sound, he defines it as duppy dub from a parallel universe. Obeah works with professionals in the music business, from Bucharest-based producer Marius Costache of Studio148 to international stars like Dub Colossus, Transglobal Underground and Dreadsquad. His remix work includes local artists like Tony Baboon, Oigăn & Ana Ularu, international sound clashers like Dubmatix, Dub Pistols, Prince Fatty, Ghetto Priest and Denise Sherwood, but also fictional acts like Reefah Madniss from Berlin.

Mastered by Frank at The Carvery, London