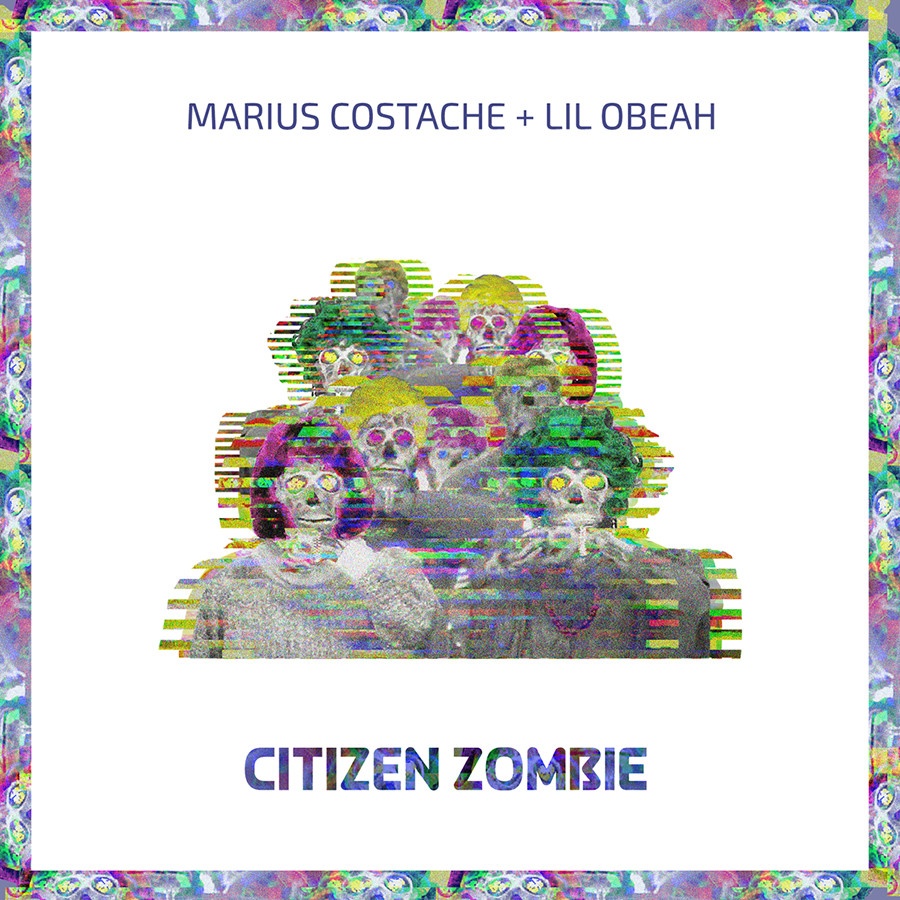 From Poland with duppy dub

“From Bristol to Japan, London to Wroclaw to Transylvania. One of my favorite songs ever is the anti-consumerist anthem Citizen Zombie written by Mark Stewart of Bristolian damage crew The Maffia and The Pop Group. So it was only natural we pay our Transylvanian voodoo dues to the originators – Audio Active for their Apollo Choco version with Adrian Sherwood at the Controls, The Pop Group with Paul Epworth at the Controls, and the culture clash of Ghetto Priest with Polish phenomenon Positive Thursdays in DUB with Rafal Konert at the Controls. Our version is an authorized remix of the latter with Marius Costache in top form transmitting from the Studio148 dimension. Lee Scratch Perry collaborator and artist Peter Harris has also provided an amazing re-imagined version blessed by the founding father himself, Mark Stewart. Give thanks for this Clash of the Titans!”

After ten years of making eclectic music, the dub ghost musician from Romania has tuned-in to another frequency creating Lil Obeah from Transylvania. When it comes to his sound, he defines it as duppy dub from a parallel universe. Obeah works with professionals in the music business, from Bucharest-based producer Marius Costache of Studio148 to international stars like Dub Colossus, Transglobal Underground and Dreadsquad. His remix work includes local artists like Tony Baboon, Oigăn & Ana Ularu, international sound clashers like Dubmatix, Dub Pistols, Prince Fatty and Denise Sherwood, but also fictional acts like Reefah Madniss from Berlin. The artist considers Dub music sound art and aims to create a forever authentic Romanian horror film soundtrack with his songs and remixes.

Ghetto Priest aka Squidz is one of the most flamboyant, creative performers from the London music scene and like the community from which he hails, he is a man at ease with multiple musical visions. He is part of a community of exchange: African/Caribbean and Irish, Asian and English, each mixing and informing the other, lending beats and grooves, keeping things fresh and new.

Born and raised in the east end of London to Afro-Caribbean parents, he has been making reggae, dub and experimental music for over three decades. He has been a mainstay of the On-U Sound Records, where he started out as backing vocalist and percussionist for the band African Head Charge.

Ghetto Priest released the critically acclaimed debut album Vulture Culture, produced by Adrian Sherwood and three tracks: “Rise Up”, “Masters Of Deception”, and “Visionary” were used on the soundtrack for the film Johnny Was. Ghetto Priest and Adrian Sherwood were called upon by renowned Scottish artist Graham Fagen to do a remake of the famous 17th century poet Robert Burns song “Slaves Lament”, to be used for the ‘Clean Hands, Pure Hearts’ art exhibition at the Glasgow Tramway. The result was also an appearance at the world renowned Venice Biennale.

Ghetto Priest latest album is the ‘Big People Music’ LP, the long awaited follow up to his 2017 album, ‘Every Man For Every Man’. The idea for this LP started under the title ‘Songs for my father’. From childhood memories of his father’s tunes being played on the family radiogram and additions from his youthful excursions, the album features versions from the greats: Nat King Cole, Dean Martin, Slim Smith, Ken Boothe and Aaron Neville. The Bishop of Dub, Adrian Sherwood blessed the project with the title ‘Big People Music’, a powerful acknowledgement to those tunes which filled many a Caribbean household with immeasurable sentiments that echoed down through subsequent generations.

Ghetto Priest teamed up last year with the Wrocław based band Positive Thursdays in DUB to record their version of a classic tune of Bristol finest post-punk band The Pop Group. The sharp anti-consumerist lyrics and message were penned by dada instigator Mark Stewart three decades ago and they are very actual in the present pandemic days. Ghetto Priest and Positive Thursdays in DUB have created the perfect protest song, a contemplation of a modern day’s society and its motto: “Have more, buy more, watch TV, don’t think, don’t ask questions, follow the rules!”

How many times you hear those words in your life? The system programs society in this way. The world is full of misinformation and fake news and people are fed by commercials and fed by the hyper capitalism surrounding us in daily life. How many times did you wonder if you are surrounded zombies?

Music by The Pop Group, rearrangement by Positive Thursdays in DUB