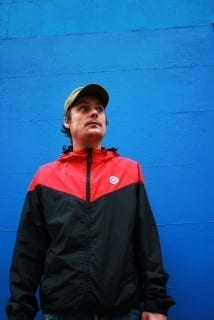 Chances are if you’ve ever partied at one of London’s famous Wiggle parties, or even Mr C’s Superfreq shindigs, or indeed in Brighton over the course of the past two decades, that Magnus Asberg is a name many of you will doubtlessly recognise.

A veteran of the house and techno scene, Magnus is half-British/half-Swedish and has been active as a DJ, producer and promoter for close to three decades. Romana Records is his second label, and he also helmed the now defunct On The House, while also repping esteemed labels such as Viva, Plastic City (alongside Robert Owens), and Quanticman to name a few.

A long-time resident of Brighton, Asberg has played at clubs such as Fabric, Turnmills, The End, The Cross and The Key among others. His latest on Romana sees him per up with an original as well as a remix from tech-house titan, Silverlining. But what does Magnus consider to be tech-house classics? As someone who’s well versed in the subject, we put these very Qs to him recently. Here’s what he had to say….

“My first contact with tech-house was the early 90’s or even in the 80’s, as I was playing deep-house/acid-house and techno, and mixing these styles up. Of course, it wasn’t called tech-house then. But maybe it was even as early as when I had my own nightclub, Macro in a small Swedish town called Lerum (just outside Gothenburg). I was mixing up all sort of styles so sort of kind of birth of tech-house for me.

We didn’t have a drink licence, but we were brewing homemade wine in my mum and dad’s kitchen and were selling it out the cloak room to punters! If punters asked for a ‘special’ when they put in their jackets, they got a bottle and a ticket for their few quid. I’ve no idea how we got away with it for so long, but I guess it helped that my mother was a politician in town!

When I started playing in England a lot I got involved with Positive Sound System, doing all the illegal warehouses and beach parties. I then started playing with Eddie ‘Evil’ Richards, Terry Francis, Nathan Coles (Wiggle), Dave Mothersole, the Swag Records crew and Simon Atkinson,the resident DJ who knew these boys and girls from school. So I started going to London a lot, djing & record shopping at Silverfish/Eukatech, Swag & Tag records and soon became best friends with them all.

That led to me starting a night called Monochrome with my friend Andy Blake. We were doing a night in Brixton/London at the Mass, a big church in the area. When fabric first opened, they asked us to move there and we did. Terry Francis played at the first one unannounced with Matthew Herbert live… what a great night!

I was also involved with two nights (on top of  the Positive Sounds nights) in Brighton, one called Fluid Groove which was a deep-house night, as well as Optical, the tech-house night The first record/production I was involved with was with The Mingers at the Strange Weather studios, where most of the early London tech-house got made/produced. But they didn’t let me do much on the tracks, so I went back to Brighton and set up my own studio and label, On The House Records.

My first release as C-Soul was on DIY Discs as they are some of my best friends in the deep-house scene and from then I started releasing on labels such as Is This, Suspect Package(Swag Label), Plastic City (with Robert Owens) and my own label, On The House Records (deep-house from Nottingham to tech-house from London and beyond). What I really

Like with real tech-house is that it can be deep, dark, quirky and tough — all at the same time. Indeed, I met Asad/Silverlining way back in the day, so it was a no brainer to have him on the first Romana Records (my new vinyl only label). On the next Romana release I’ve got Dudley Strangeways, who is one of Nottinham’s finest. So nothing has really changed for me: I’m still obsessed with good quality, deep, underground tech. I’ve met so many good friends in life thanks to deep and tech house music. I’m organising the Wiggle 25th birthday party this year in Brighton on the 26th April at Hideout Club. Now, without further ado, here are the 5 records that I consider tech house classics…

This record, in fact the whole 2 x 12’s, got so hammered in the early 90’s. It’s a true tech-house classic. It’s so pure. Ron Trent the deep house don, with a slamming tech beat! Yeah baby…

This is one of my own productions as C-Soul, and is a special one this one, with Rithma on the vocals and Nathan Coles on the remix. This one got licensed to a fabric/Wiggle comp I remember — I was over the moon chuffed. And playing at Wiggle at fabric was super dope too.

This is just pure class tech-house at its finest by two smashing guys. Asad and Nathan must have played it so much, but it’s one of those you never get tired of.

The Mingers / The Optical EP

The Mingers in full effect: Mikee,Timmy S & Dave Coker, go full on ming from Dancing Danny P & myself. I remember giving the DAT tape to Jesper Dahlbäck to do a remix, and for some reason he couldn’t do it and sent the DAT tape in the post from Sweden with no backup. I turned up more than a month later and I sorted out a Silverlining remix instead which is ace too..

So many I could have chosen on this super dope double pack on a great label, Definitive Records. So many good releases on this label and it definitely helped the tech-house movement for sure. Great beat super bassline & a killer acidline…

Magnus Asberg’ Life (featuring a remix by Silverlining) is out soon via Magnus’ Romana Records. Listen/buy the release here