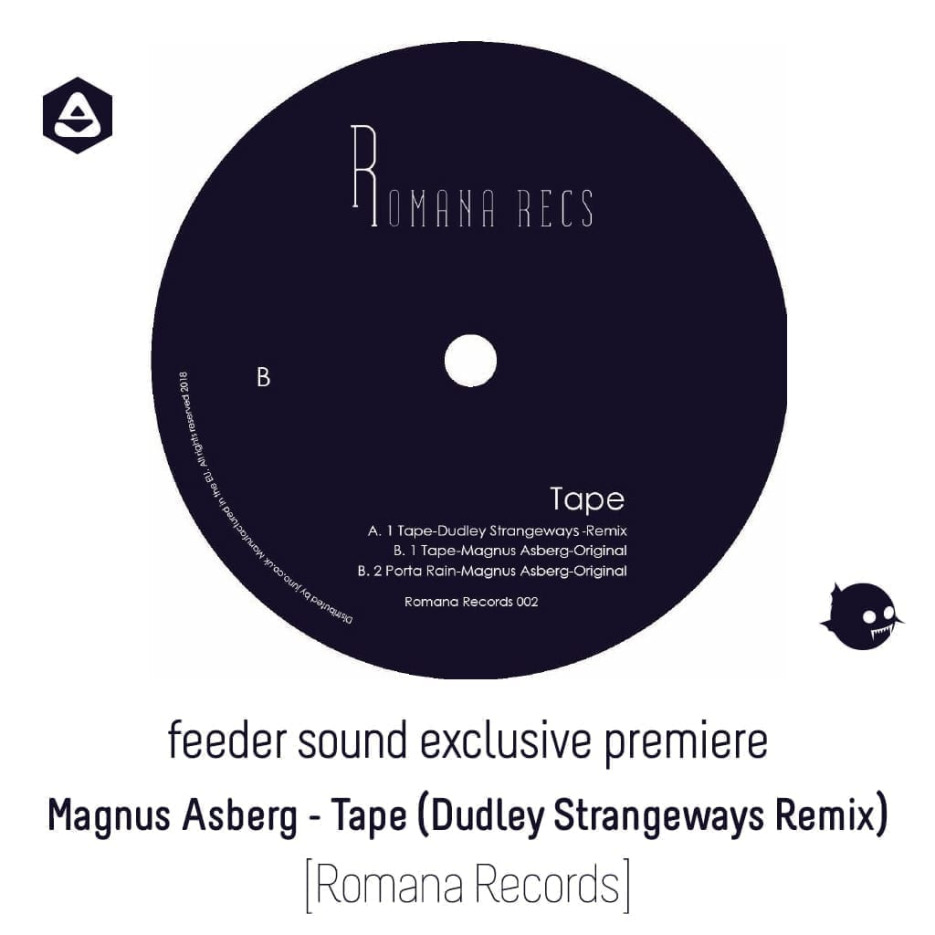 Magnus Asberg is a DJ and producer who values the weirder, more experimental side of tech house more than most and it’s a vibe he returns to on “Tape”. Enlisting Dudley Strangeways to take control of the remix, Asberg perks up here with the second release on his Romana Records label, following on from the success of the debut pressing which came backed-up by a stunning remix from Silverlining.

A veteran of the house and techno scene, Magnus Asberg is half-British, half-Swedish and has been active as a DJ, producer and promoter for close to three decades. He’s well-known for his residency nights in his hometown of Brighton, for the hot selections at London’s famous Wiggle parties and for the extensive activity with the UK’s South Coast’s favourite, Positive Soundsystem. Alongside James Day he formed C-Soul and dispatched music with imprints like DiY Discs, Suspect Package, Is This, Plastic City and his first label On The House Records, which is now closed. His solo adventures include collaborations with Betrieb Records, Viva Recordings, Ornate Music, Quanticman and Bounce House Recordings.

Dudley Strangeways from Nottingham’s Leftback Records is known for his engaging selections and productions, blending various styles of techno, house and minimal with deep and dubby notes, glitchy effects and techy beats. He worked with labels like Little Helpers, Made Of Concrete, Chord Records, Ovum, Star Dub, Deso Records and Inermu Wax. Here, he drops a monster remix that will sweep the frequencies on any dancefloor and we’re super excited to exclusively premiere the full-length cut on feeder sound:

Opening the wax, Dudley’s hypnotic take on the title track flows with an immersive plethora of effects and heavy modulations unlike anything heard before on a track. Moody and manic, this oddball interpretation sure works its magic in “Strangeways” while going past the ten minutes mark.

The original “Tape” is cut from a different cloth, with weighty atmospherics in focus and a solid pumping beat that will see you dancing in no time. Full of clever 8-bit bleeps and zippy synths, it bangs in its own inimitable way. “Porta Rain” closes the vinyl with simmering, twinkle-toed melodies that are in line with the producer’s penchant for colourful sound dimensions, showcasing a different side of his music.

Listen to the snippets and grab your copy of “Tape” from deejay.de.