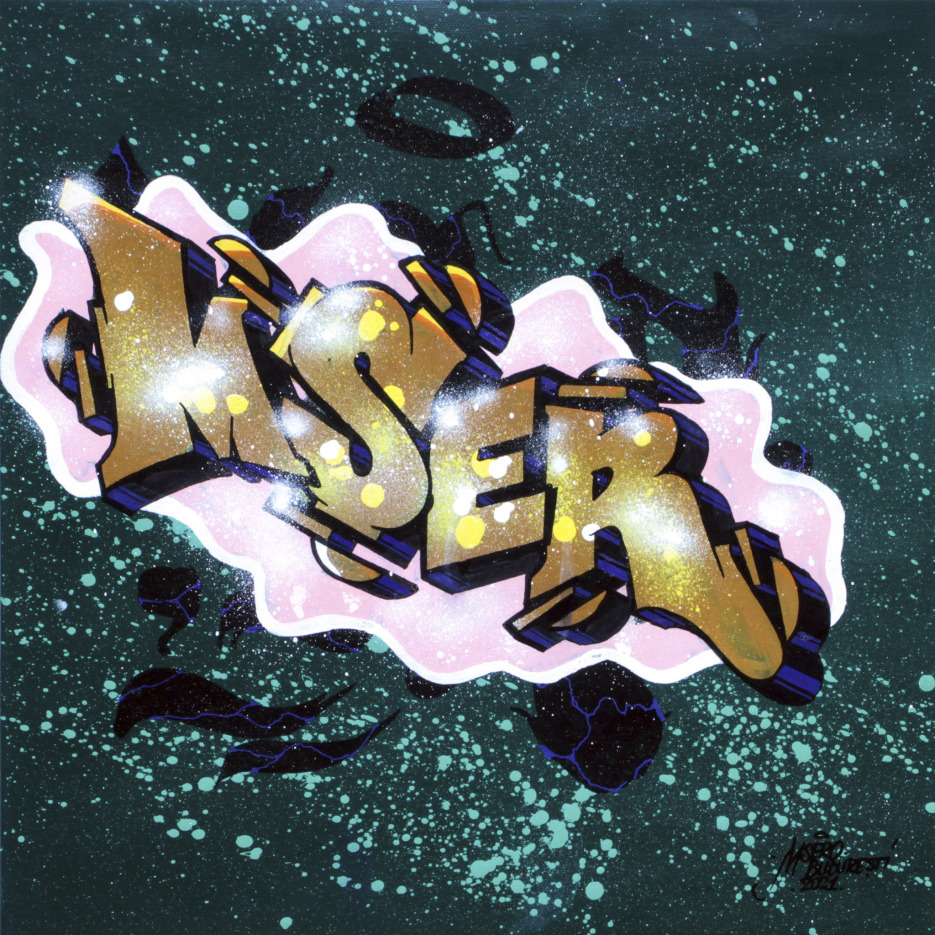 We recently published an article about Mser that gathered a lot of attention on social media, with many comments and reactions from readers, supporters, and followers. With so many paintings in Eu and the US, his graffiti style either pleases the viewer or drives some people nuts. In his letters, Mser can condense multiple references and graffiti elements, combined with typographic and calligraphic elements. Over the years, Mser painted graffiti pieces with more than 300 different names but using his legible style of creating the letters, you can almost recognize even his unusual monikers.

Quite the opposite of his intense activity Msero rarely paints on canvas. He can paint over 300 walls, trains, subways, and tramways during a year, but he paints only 5 canvases. Although Msero is a skilled graffiti writer that can paint super fast when he is applying similar techniques to canvas, he must expend more time on the details than any of his outdoor works. He can spend weeks and even a few months until he considers an artwork finished. The results are magnificent, and the clarity of the letters and the subtle details let your eyes get into the image and opens your imagination.

We manage to obtain a small, rare and unusual canvas begun by Mser last year and recently finished for a private collector. The four golden letters overlay an organic pale purplish-pink shape with a white outline, similar to a pearl in a shell. Behind, you can hardly depict a black tag by Mser in gothic style covered with vivid ultramarine blue highlights. See the painting here.

In our online shop, you can find a small series of digital posters, reproductions of a work made by Nesk, depicting Mser in action. It is a rare chance to get a signed and numbered poster by Mser. Shop here

See also an original artwork on canvas made by MSERO in 2021. Shop here

Explore the Un-hidden Romania street art map to discover some of Mser‘s pieces.