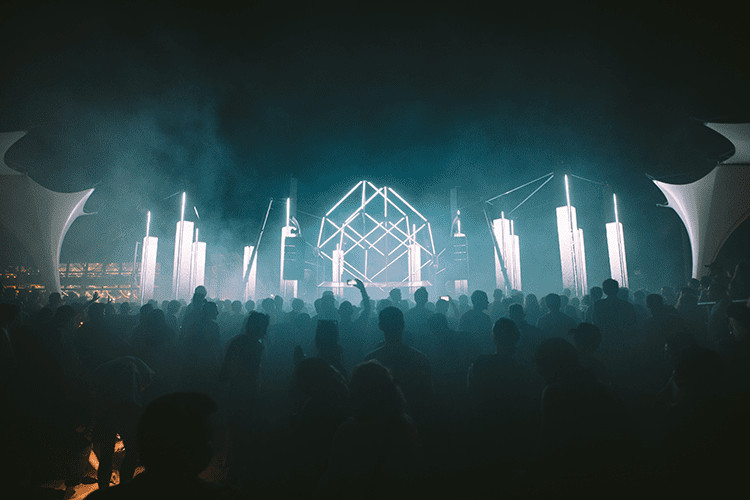 Epizode Festival has established itself in an incredibly quick space of time. This is only the fourth year but already the event is regarded as one of the finest underground arts and music festivals in the world. Of course, what helps is that it takes place in a beautiful, paradise-like location in Vietnam on the island of Phi Quoc.

The whole thing plays out on the beach, which means music runs 24/7 and the sunrise and sunsets each day and night add an extra sensory element to proceedings that makes the dances feel like heavenly experiences. This year, more people than ever attended, with 80 odd different countries apparently making up the crowd. Importantly, everyone gets on and is friendly throughout, with new friendships being made left right and centre.

Also new for this year is an expanded festival site so there are a wider offering of meditation and yoga classes to get involved with, which help make this as relaxing and restorative as it is fun. There were also all sorts of markets to explore and shop from. There was an important focus on environmental concerns this year. A big beach clean saw people pick up all manner of rubbish as a happy collective, while there was also a no-plastic rule. Cup-sharing systems in all the bars meant cups from recyclable material were used, and all of the disposable tableware was made from recycled sugarcane.

Of course, there is also plenty of art on display at Epizode, from the annual homage to Salvador Dali’s The Elephants with long spindly legs, as well as a giant red bamboo structure between the main stage and frisbee stage and plenty more hidden across the site.

The main stage also got a big redesign this year in partnership with Sila Sveta and SETUP, Moscow-based creative studios who are famous for outstanding projects on the cutting edge of mixed-media production. It meant that the stage featured plenty of dynamic production and amazing visuals.  Because the music is literally non stop across the course of the festival there really is something for everyone. There are plenty of local acts who show that the region is really on the rise on its own terms but of course also plenty of huge big names.

We were enriched by so much, from the early Sunday morning set from Ben UFO on the more intimate Frisbee stage, with a hardcore selection of dancers who were lapping up his every tight mix and amazing selection between tall, gently swaying palm trees. The main stage was like a religious experience that had people worshipping at it non stop. Mathew Jonson debuted his new show with his singer wife Isis providing tender vocals next to his expressive melodic techno, Agents of Time kept things a little darker with their back to back with Fideles then lightened the mood as the sun came up – making for a truly epic moment.

Minimal is always a big feature here and Raresh and Ricardo followed each other with unreal sounds, intricate grooves, and the sort of hi-fidelity sounds that need a proper sound system to deliver them as intended. More party sounds came from the likes of UK fav East Everything, who played back to back with fellow tech king Patrick Topping, and for those who like it spaced out, there was no finer experience than Craig Richards back to back with Nicholas Lutz as they impressed early one morning on the Shell stage.

Importantly, you feel like you are somewhere different than the norm at Epizode, this is not just another festival, it is a real coming together of cultures, countries, sounds and scenes and is the perfect way to start off a new year in the finest location possible. Get it on your to-do list asap.