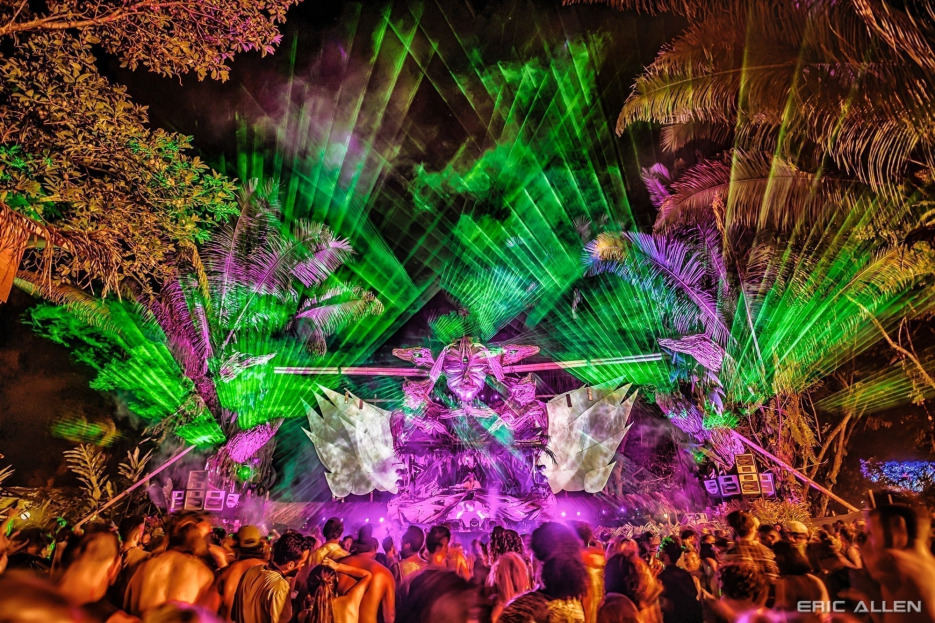 Scroll to discover a list of electronic music festivals that gives you options into autumn and winter escapes for the remainder of 2019 and start of 2020. 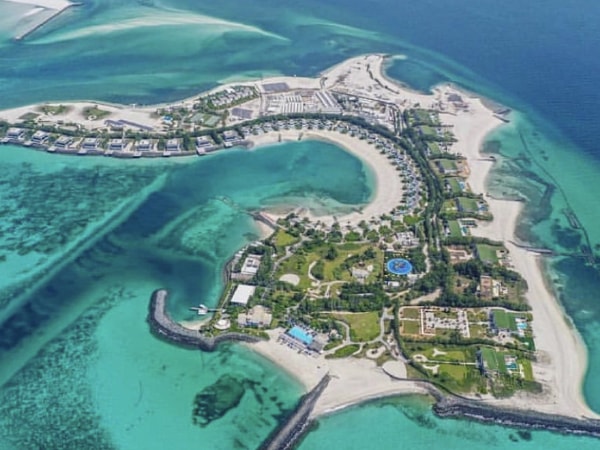 Abu Dhabi’s luxury private resort Zaya Nurai Island is to give itself over to a high-class music festival that will take place on 22nd to 23rd November 2019. At NuraiFest there’s something for everyone, no matter what time of the day; from pool parties in different corners of the island to sunset beach parties, all culminating with the famous VIP Estate party and world-renowned DJs such as Audiofly, Steve Lawler, Tiga, wAFF, M.A.N.D.Y., Satori live and Serge Devant performing on both days.

This will be an immersive and dream-like island experience like no other. It is where reinvigoration, music culture and relaxation seamlessly intersect as you dance on flawless white sand beaches and soak in translucent azure waters under a golden island sun. Ignite your sense of adventure, this is not déjà vu; this is something you’ve never seen or felt before. 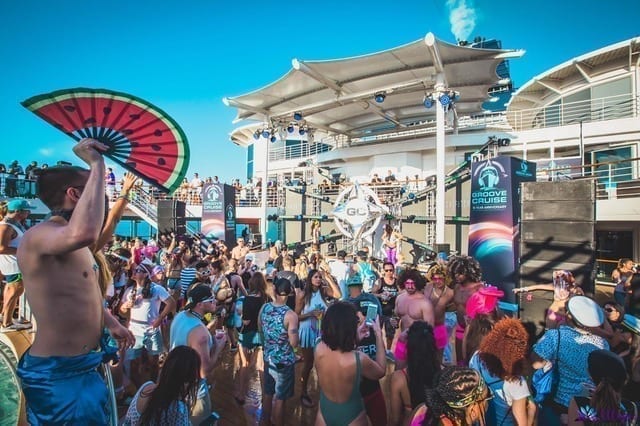 Headlining the world’s premier electronic music cruise are internationally acclaimed artists Above & Beyond, KSHMR, Loco Dice, Markus Schulz, Nora en Pure, Roger Sanchez, Solarstone, Cocodrills, and 40 other artists who the winner will appear alongside, plus a free stateroom for the winner and a guest aboard the Celebrity Infinity, as well as airfare for two (a prize worth more than $3,500!). What’s more, the winning mix will also be featured on Groove Cruise Radio with an audience of more than 100,000 subscribers. The second-place mix picks up a fantastic prize in the form of Two Adam Audio A8X Studio Monitors (valued at $2,000) courtesy of contest platform partner SoonVibes.

Mixes of 30-60 minutes focusing on electronic music must be uploaded by November 15. To get a sound of the floating music festival, check out the Official Groove Cruise Miami 2020 Spotify Playlist featuring all the artists that will be onboard.

Voting opens to the public from November 15 to 22, and the top 10 most popular mixes will go on to the second round November 23 to 26. The five final mixes will then be judged by a panel including industry experts, our partners at EDM.com, and Groove Cruise headliners, plus resident DJs and previous contest winners who have become Groove Cruise regulars!

Miami, Florida
https://factory.electrostub.com/event.cfm?id=210868
December 6th & 7th, 2019
On December 6th and 7th, 2019, attendees of Heart Festival at Wynwood Factory will have the unique opportunity to experience the return of a legendary concept.
For Art Basel 2019, the team behind Heart Nightclub is reawakening the beloved brand as a 2-day, 63-act, genre-bending festival at the beautiful Wynwood Factory. Designed by the experienced team behind Heart Nightclub and Humans Alike, Heart Festival at Wynwood Factory features over 60 of the best electronic DJs and live performers utilizing three distinct rooms and one open-air lot, each featuring a top-of-the-line sound system and a distinct energy. The lineup features top-tier techno staples such as The Martinez Brothers, Sasha & John Digweed, Damian Lazarus, Cassy and Bedouin, but also brings live performers and creative up-and-comers, such as Rodriguez Jr. So, it happens and we present something that we have definitely been settling since 2004, is the biggest event of LXMUSIC to date, an event only possible now, after 14 years of affirmation and sharing with Lisbon and the world the best of the universe of the world. electronic music. There were hundreds of artists above the thousand who shared with us and built the foundations, paths, new starting points for the present and the future.

The LXM Festival is based on an adult, concerned and responsible concept, which aims to affirm and believe electronic music as an expression and as an art form, no doubt. It is also a sample for the new generations; what is expected again; what is there to explore.

The LXM Festival also emerges based on the evolution of technologies and science. The venue for the event, the Parque das Nações International Fair of Lisbon, is located in Nova Lisboa, where the best means and accessibility are located, constituting as a reference of technological development, with road, rail and air communications. few minutes from each other. 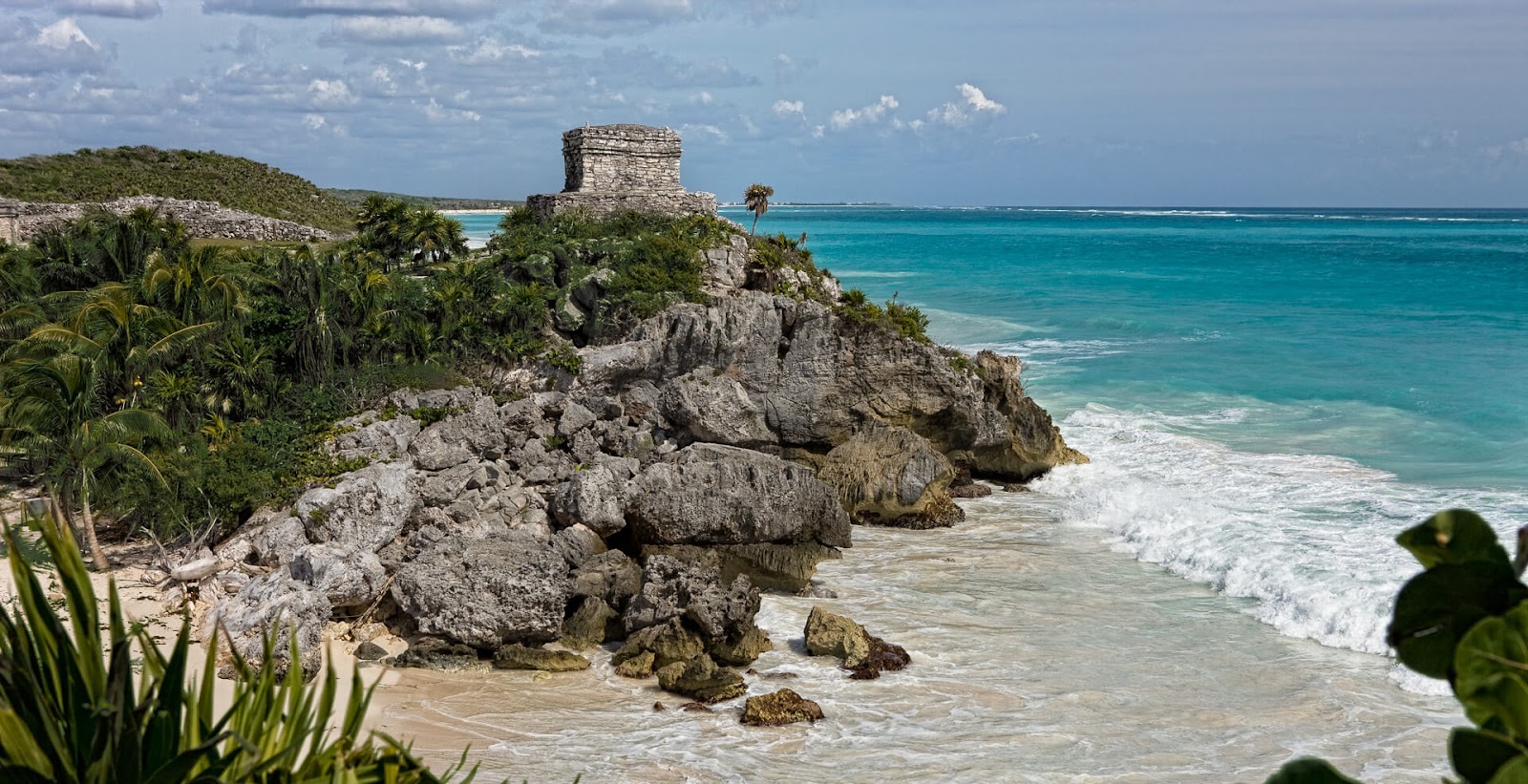 Cult and long-established promoters Project Sound invite you to spend the New Year with them, deep in the mystic jungle of Tulum, Mexico at their specially built new club, Templo Xunanha. This organic structure will come alive with Mayan spirits and world-class sounds from Solomon, Maceo Plex, Ame and Dixon.

January 4th – Solomun +1
January 4th sees Solomun’s world-renowned +1 concept makes the trip over from its home in Ibiza and will see the Diynamic label founder play with Maceo Plex, the space techno pioneer behind the Ellum Audio label, all amongst the incredible nature of the jungle.
January 6th – Innervisions
Then, on January 6th, masters of deep house emotions and Innervisions founders Âme and Dixon will play back to back for an extended all-night set that will find them go into every corner of their record bags to serve up a truly enchanting set.
These three parties are set to be a historic night in the heart of the Mexican jungle that will be talked about for years to come.
——————————————————————————————————————————————- 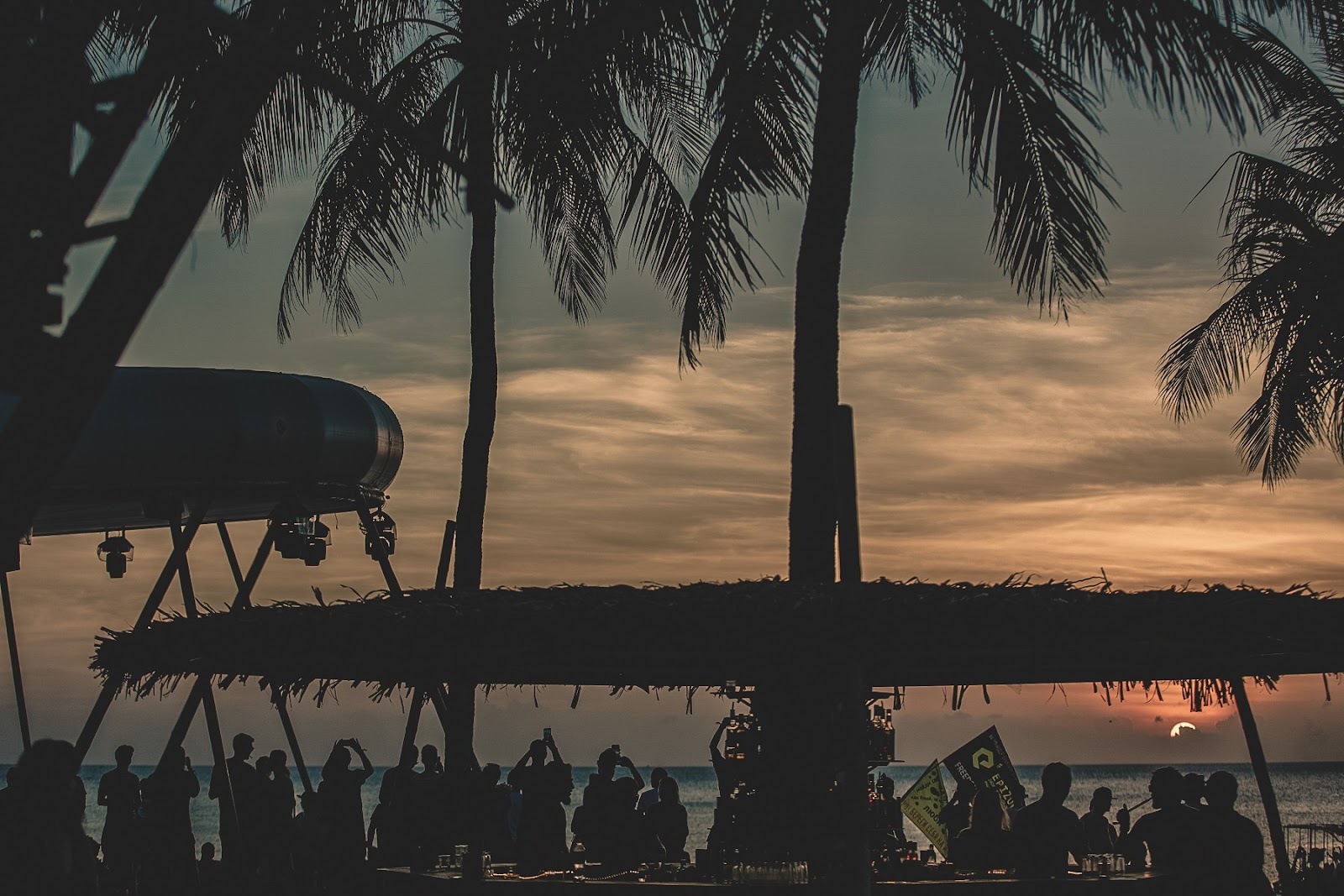 Phu Quoc, Vietnam
https://epizode.com/
Dec 27, 2019 – Jan 7, 2020
EPIZODE is a unique coming together of music, art and culture in Vietnam’s most picturesque island getaway, Phu Quoc. The 11-day long festival kicks off after Christmas and ploughs through the hustle and bustle of the New Year with magical sunsets, gorgeous sunny days and endless chances to explore the culturally rich local island all with a world class soundtrack.
Over the last three editions, the festival has quickly attracted a friendly, culturally curious crowd looking for new experiences. In 2019, attendance rates doubled from previous years, with more than 10,000 people from 79 countries attending including ravers, industry folks and avid travellers who get lost in a dreamy environment that comes alive with next level production, gigantic sculptures, installations and light shows that make it an unreal artistic setting.
This year the festival will focus on green credentials with a new eco-initiative that will substitute plastic straws with organic ones made in Vietnam, introduce a cup-sharing system, reusable pocket ashtrays and a focus on educating the team, local partners and the audience about the responsibility that one can take to prevent the collapse of the ecosystem, through a series of advisory meetings, lectures, cleaning actions on the beach, in the forest, on the road and so on, all of which adds to the importance of Epizode Festival.
Artists include: Anja Schneider, Apollonia, Ben Ufo, Craig Richards, Guti, Lehar, Lilly Palmer, Loco Dice, Luciano, Nicolas Lutz, Raresh, Ricardo Villalobos, Waff, William Djoko & Many More
——————————————————————————————————————————————- 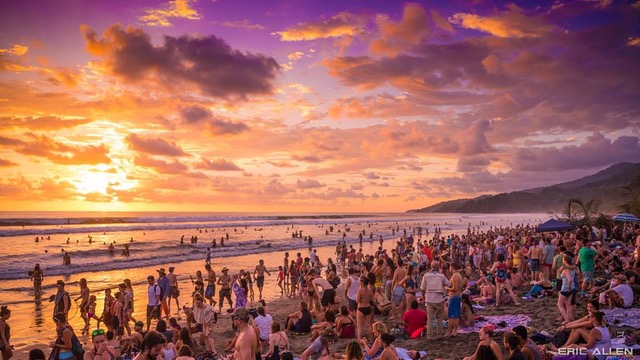 Envision is the world’s biggest eco-friendly festival, a 7-day wellbeing and music experience held on Costa Rica’s Pacific coast where the jungle meets the ocean. There’s a big focus on yoga: classes run all day in two ‘yoga temples’, with top teachers from around the world. Expect workshops on anything from permaculture to natural remedies and astrology, while music – across four stages – will be provided by local and international live acts and DJs. 2020 will mark the 10th year anniversary of Envision, so expect bigger and longer celebrations for this special global landmark event.

In an effort to leave a positive footprint, Envision hosts a reforesting program which has planted more than 12,000 trees over the last 8 years. To protect the environment and cut down on waste, ALL single-use plastics and outside alcohol are banned, while vendors serving foods onsite pledge to uphold Envision’s commitment to buy locally grown produce for an authentic dining experience that can’t be found anywhere else in the world.
Lineup includes: Rufus Du Sol, Tipper, Clozee, Monolink, Yokoo, Be Svendsen, Random Rab & many more
——————————————————————————————————————————————- 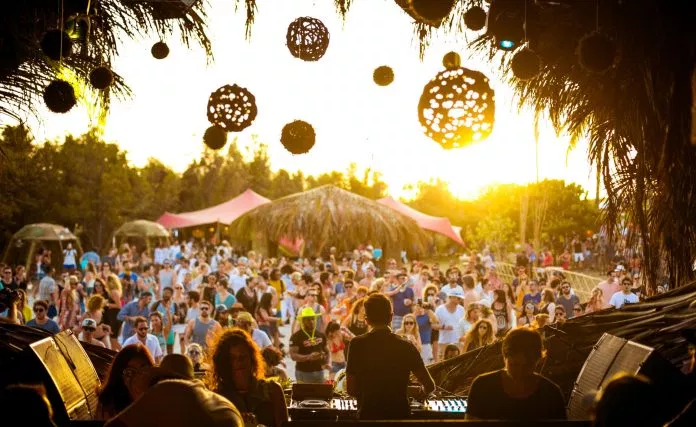 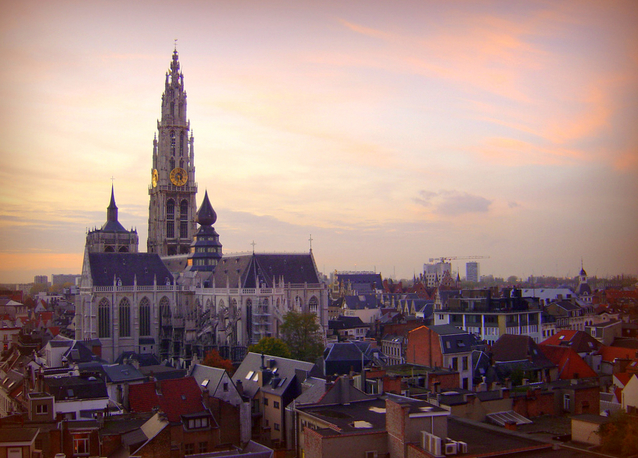 After an incredible 10 year anniversary event last year, Rampage have been working hard over the winter to make sure the 2020 edition, from 13th – 14th March in 2020, will be even bigger and better. Returning to the Belgian city of Antwerp and the giant Antwerp Sportpaleis, the line-up this year brims with world-class talent and a very special, fully-fledged headline show from Pendulum Trinity which will be the first time the band have performed outside of the UK, and will be the only time they do so before summer.