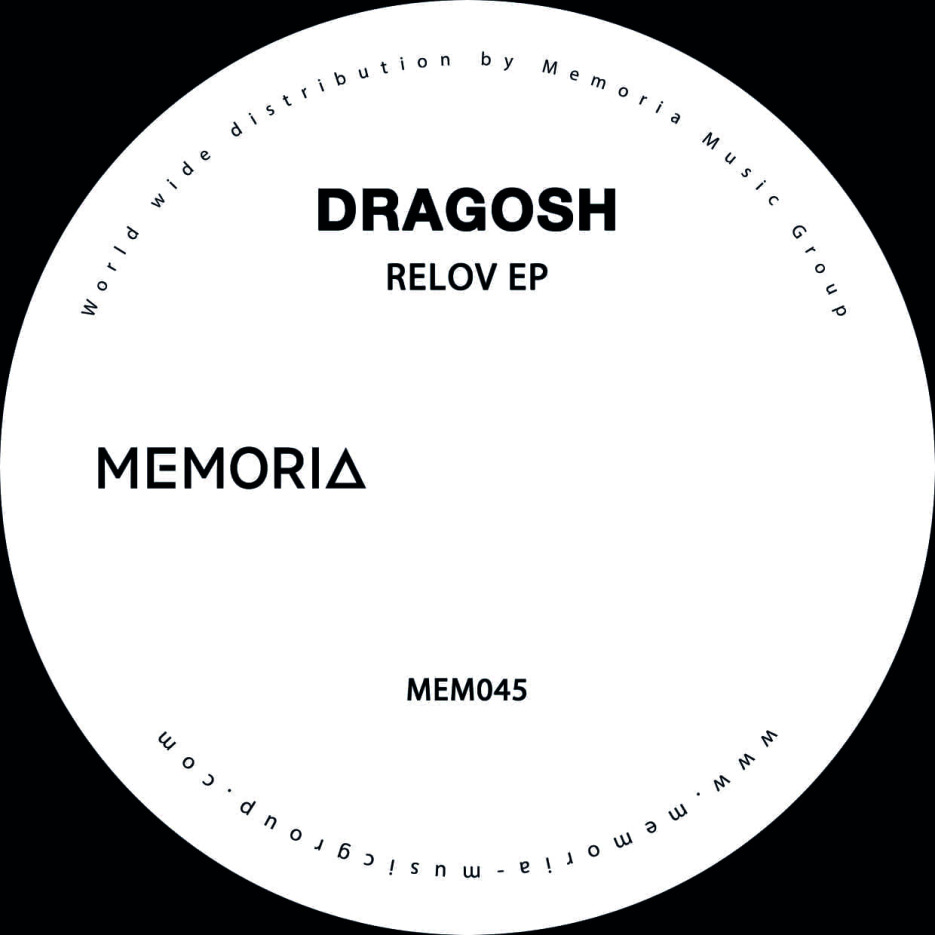 Dutch label Memoria has long harboured a propensity for discerning house and techno, so the signing of Romanian producer should come as no real surprise. Having already lined out for labels such as Brouqade, Moon Harbour and Desolat, Dragosh is no stranger to big labels – and on this EP he emphatically reminds us just why he’s quickly become such a respected figure in underground circles. Featuring three originals, the Relov EP offers a tantalising glimpse into the mind of a producer who’s very much at the top of his game.

Opening the release is the sounds of the title track. A catchy-as-hell track with a cracking baseline, it’s a refined, almost effortlessly simple deep house weapon of the sort that would win favour with DJs of Fred P’s calibre. Middle effort “Have No Glue” is no less effective. Full of curious bleeps and twists and turns aplenty, it’s further indication of the producer’s knack for trotting down unlikely paths. Although it kicks off at a frenetic pace, it soon simmers, developing into a more minimal effort as it progresses. Intense and unpredictable from the get go, it neatly paves the way for the B-side, “Yps Lion”. the most atmospheric track of the lot, this one is dark and dextrous and will make most sense when the night decides to take a triply turn. All in all, another cracking EP from the man they call Dragosh.