Getting To Know… Solu Music 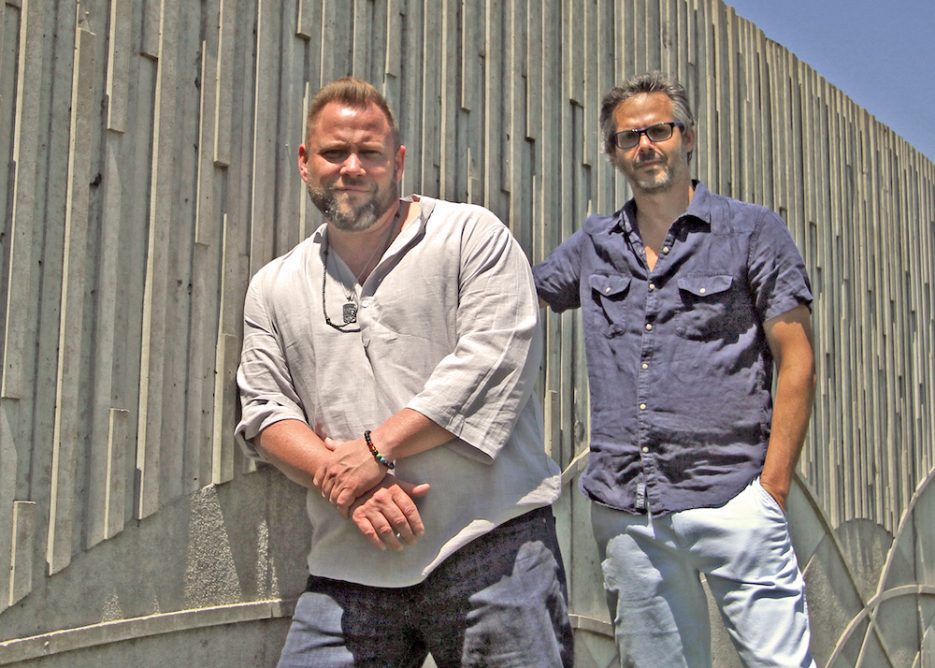 Getting To Know… Solu Music

We had a funk R&B band together in our early 20s working the NYC scene. Using hired guns for gigs, it’s a lot to hold together, a lot of personalities, and a lot of different schedules to work around. We were so connected and in tune with how we worked together, that we wanted to make music but perhaps find a way to not have to rely on other people and their agendas. We lived and breathed soulful music, and we needed an outlet to make music that we were feeling within ourselves. I worked at a dance music record distributor and was coming across deep and soulful body and soul style House records that felt so organic, from the likes of Masters at Work and St Germain, and we just felt that this could be an exciting scene to try and be a part of and open the door to a whole new world of creating music that speaks to us and also captures the body.

The first house record I ever bought was Abstract Truth’s “We Had a Thing”. It was everything that I loved, great soulful live sound, body music, groovy, sexy as hell.

What’s the story behind your artist name?

We were looking for a name and of us said Solu, as a play on the word soul. We never really expected to stick with it, but then Fade happened, and we never looked back.

Who were your musical influences growing up and do they have an impact on your sound today?

Prince was probably one of both of our earliest influences and runs through our veins. He did what he wanted, didn’t play by any rules. More importantly, influence can come in many different ways and music is a beautiful thing for that as it reflects our personal moods. Whether it’s Sade, Biggie smalls, Rolling Stones , Mary J, muddy waters, Stevie Wonder, Johnny Cash, or one of Howie’s favorites, The B52s, music is always our own personal journey and experience, and a good song is a good song regardless of genre.

You exploded on the scene with your first release back in 2001 with the global house anthem, ‘Fade’, featuring Kimblee, which is still played everywhere today. What do you think makes this song so special and why do you think it resonates with so many?

Perhaps it’s the honesty of the lyrics, we’ve all felt that something deep in our hearts, struggled… experienced loss. I know there are plenty of songs I gravitate to that mean so much to me when I’m feeling a kind of way. The fact that that song could resonate with so many people on so many different levels, the way I myself have connected with certain songs in my own way, means everything to us. To connect with other people who get what you’re saying and trying to convey, and for them to be affected by it, it’s a feeling that nothing else can compare to.

I think this latest release of Feelin’ Love Again has been such an amazing experience from the jump. After being away for so long, and getting back to it with a different mindset, working with Gabby and her enthusiasm and energy, has brought back the immense joy in making music and having fun with it again.

So you’ve been on a very long musical break since 2008, what made you stop then and what inspired you to both get back in the studio again after all these years?

I think the imploding scene of the music industry and the fall of record shops and distributors played a big part in our decision to step away back then. The inspiration was fading to create something and it started to feel more like work to keep it all together. We lost our lease on our studio, other aspects of life started taking over, and so much in the industry was changing. When we released Fade, you could still move a lot of vinyl. 18 months later, that wasn’t the case anymore. The ground was also shifting in the music that was coming out of the scene, which seemed underwhelming – things were shifting from songs to beats, it just wasn’t us. The whole reason we started Solu was to never feel like we were put in a box, we wanted to do what we wanted, what we felt, not have to be pushed in a certain direction. And we just weren’t feeling it anymore. So we put our musical talents into other projects away from the dance music scene, to open our minds again, to enjoy different influences that didn’t have 4 on the floor. To go back to our roots.

So now you’re back with your wonderful new single ‘Feelin’ Love Again’ featuring Gabby Law, what can we expect to hear, the same Solu soulful magic?

When How and I create, when we connect musically there is always something so amazing that happens. The way we feed off of one another, the way things just come into their own, we are so musically in tune, there comes a point where we start to read each other’s minds and it’s truly the most magical experience to be able to work with someone that I consider my musical soulmate. And we laugh our asses off. If we’re not playing, we laughing.

Please tell us more about Gabby, how did you meet and are you working on some more projects together?

Howie is obsessed with finding talent. He has had an album project in his head for a few years but he was able to dive in during the height of COVID. He hadn’t found the right voice and for some reason, one late night, he started going through links on a random facebook post that said ‘drop soulful links here’ — he went through about 150 links and found Gabby, reached out and they hit it off, recorded a few album tracks virtually and then in person, and kept building that musical relationship and vibe. Gabby’s the one who actually wanted to do a house track. And it just felt right, it’s a crazy beautiful world and she’s amazing and we’re so excited for the future.

Who does what in the studio and have either of you got any bad habits or rituals when writing music?

Howie has always been the master at the board and his production ability just never ceases to amaze me. We almost have our own language when we are in the studio, and we can be honest with one another if we aren’t feeling something. But the ideas start flowing out of us and being able to convey what we want to hear and communicate to get it out of one another…whether it’s drum rhythms, singing a melody or hook when one of us is feeling something or Howie lighting up the keys as I fire it up on the guitars – We build off each other’s ideas, even the ‘bad’ ones, and then it all starts to feel like something is happening and we lock-in, there’s an aura that kicks in and surrounds us and we get lost in it in the best way. Bad habits? Me, cigarettes. Howie, insane amounts of cookies — for 20 years.

How important are songs for the dance floor?

Well there’s a time and place for everything and when you go to the club, that body music is everything and you want it to really hit you a certain way.  Those rhythms instinctively making you move, those lyrics to sing along to, that bass hitting your chest or vibrating through you, taking you to another place at that moment, the dance floor being a sanctuary to let go, no judgment, losing yourself, finding yourself. We love a dope tech-house track or rhythmic afro-beat vibe. But we are believers in the power of a song, a hook, something to sing to and feel, don’t matter the genre.

Any tips or advice for aspiring producers/songwriters looking to break through on the scene?

Do what you feel, for yourself, work hard but have fun with it. When the process starts to feel forced, it ain’t right. Take a step back, and get in tune with yourself and what you’re all about. It’s your unique experience, let go of the rules.

Be on the lookout for another Solu track with Gabby Law that we are putting the final touches on. We’re amped up about it, it’s something fresh and different, continues the evolution of our sound — but it is purely us. Also in the pipeline is a brilliant album Howie and Gabby made together that is truly a captivating aural soundscape like nothing else out there!