Dubmatix, Lil Obeah and Marius Costache are putting the flute back in dub music 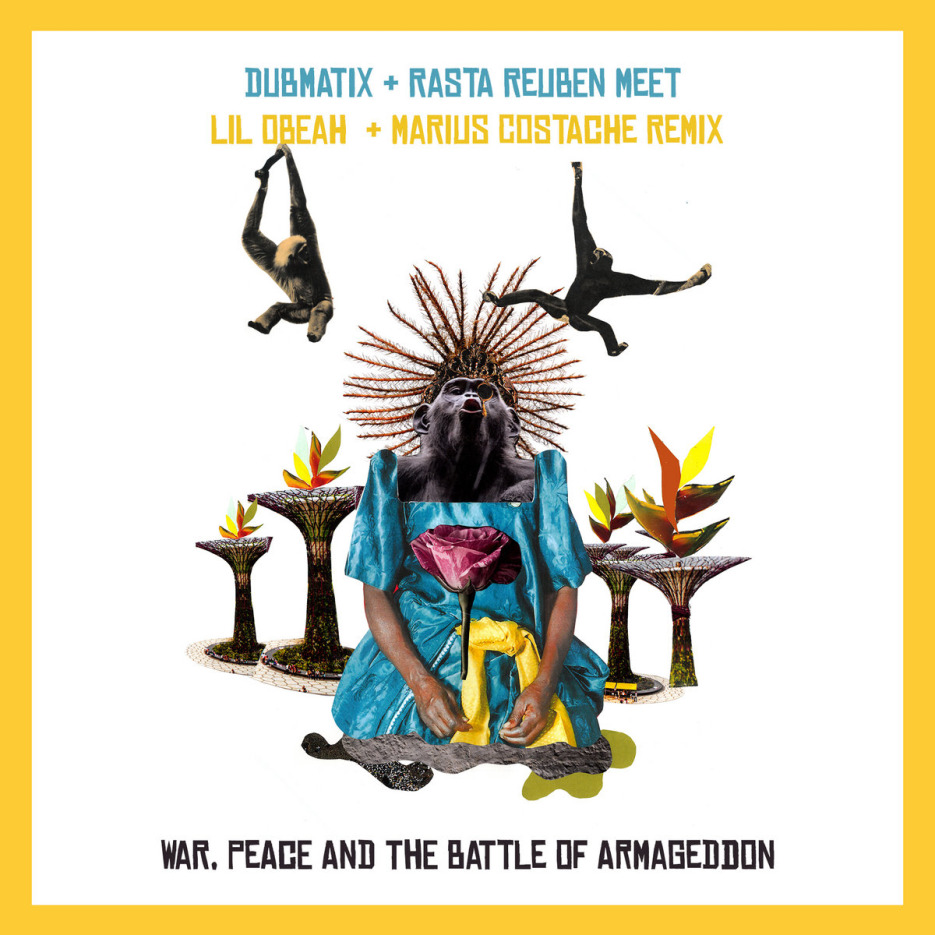 This song is one of the 17 winners of the Dubmatix and IRIE Magazine collaborative remix contest.

“This track is my very first song on my first release, ‘Champion Sound Clash’ from 2004. I’m making the original stems plus a few newly added ones available for the first time for remixing, dub versions, mashups, and twist ups. IRIE Magazine and I have selected the top tracks to form a release and share with my subscribers on Reggae-Loops.com, Dubmatix.com, and my network of radio, soundsystems, dj’s and media around the world.”

Dubmatix is the Canadian bass head exploring the 4th dimension of echo and reverb. “Canada’s Dread at the controls” as Don Letts of BBC Radio 6 puts it.

The Canadian composer, producer, multi-instrumentalist and seven-time JUNO Award winner and nominee hails from Toronto, but has carved out a massive following internationally. He is a recording machine, from his debut release Champion Sound Clash in 2004, Dubmatix has gone on to produce and record over 500 releases (Albums, EPs, Dubs, Remixes).

His vast collection of recordings have garnered multiple music awards from all over the world including France, Portugal, Germany and the U.K., along with critical praise from the international music industry insiders and tastemakers who have recognized & celebrated Dubmatix’ relentless inventiveness and creative style. The accolades continue with yet another honor awarded by Billboard Magazine (September 2016 issue), who crowned Dubmatix  “Is This Love” rendition as the #1 Bob Marley Remix of all time! To date, the track has garnered over 8 million streams & growing!

After ten years of making eclectic music, the dub ghost musician from Romania has tuned-in to another frequency creating Lil Obeah from Transylvania. When it comes to his sound, he defines it as duppy dub from a parallel universe – The Shape of Dub to Come dimension.

Lil Obeah is represented by the Sound of Art to Come label and works with professionals in the music business, from Bucharest-based producer Marius Costache of Studio148 to international stars like Nick Dubulah of Dub Colossus, Transglobal Underground and Dreadsquad. His remix work includes local artists, international sound clashers like Dub Pistols, Dubmatix and Prince Fatty, Polish uprising stars like Positive Thursdays, but also fictional acts like Reefah Madniss from Berlin.

The artist’s roots are a very eclectic batch of bands and artists, including his own Crowd Control, The Shape of Moombhaton and Tunesinnaourheads projects. He is inspired by the strangest Romanian sounds, ranging from weird experimental authentic local dub to traditional reggae-dub with ska and folk-rock influences, music and records released near the Black Sea from 1988 to the present.

The Sound of Art to Come Records is a Transylvanian based record label, home of Dub, Electronic and Experimental music outcasts and exploring mavericks. Deep in the heart of Romania, it transmits from the dimension of The Shape of Dub to Come.

All Obeah vocals recorded by Marius Costache at Studio148

Special thanks to Stanciu “Punct” Daniel

Special thanks to Ilinca Bucureci

Special thanks to Andi Bucureci

Special thanks to Rodion Ladislau Roșca

Special thanks to Constanța Vlad

Obeah lyrics from the Bible arranged by Hank Williams

1 thought on “Dubmatix, Lil Obeah and Marius Costache are putting the flute back in dub music”