Jozef K strides into 2020 with his long awaited debut album on the iconic Nite Grooves label. Entitled Battle, it is a confident and comprehensive 10 track affair that showcases his emotive, unique and meticulous sound.

Jozef K is a very real talent with a unique sound – combining melodic house elements with futuristic soundscapes, Chicago house and early U.K. rave/jungle nostalgia. All drawing from the same emotive palette. He has been releasing music in such a manner for years now, garnering constant high-profile press support and DJ backing from major tastemakers who reach for his tracks. The single from this album Ladies & Gentlemen We Are In Descent, exemplifying this with personal support from prominent underground figures – DJ Seinfeld, Laurent Garner, Nina Kraviz, Brame & Hamo, Levon Vincent, Lauren Flax and many more.

In 2020, he will offer his most accomplished release schedule to date across labels such as Rawax, Sasha’s Last Night On Earth, Lossless, Constant Circles, new atmospheric jungle material under his Bluematter alias and a collaboration with Tin Man. In the midst of all that, however, is this masterfully crafted 10 track debut album on Nite Grooves, the long running and legendary US label. This ambitious full length is further expansion into his unique sound; a roller coaster of emotions through house, ambient and jungle. [Stay tuned for a huge post-album release announcement too, arguably his biggest yet.]

After the rave nostalgic feeling of L-O-V-E, with its warehouse breakbeats and far-sighted chords, heavily coveted album single Ladies & Gentlemen We Are In Descent is an ethereal, acid track perfect for a sunrise moment. The smooth and seductively deep atmospheres continue onto the cavernous, hard hitting T.2.A.T.D.before an all out jungle assault via Caught A Glimpse Now It Haunts Me, combining breakbeats, sirens and Reese bassline to maximum effect. This track would not be out of place on a Bluematter record. Penultimate track, Golden Galaxies Made Of Light is an otherworldly, pensive, ambient moment, guiding the listener into the stunning, emotive closer Sunrise MCR, which is Jozef’s way of bringing this masterful record home to his beloved city.

A standout debut album from a unique producer. 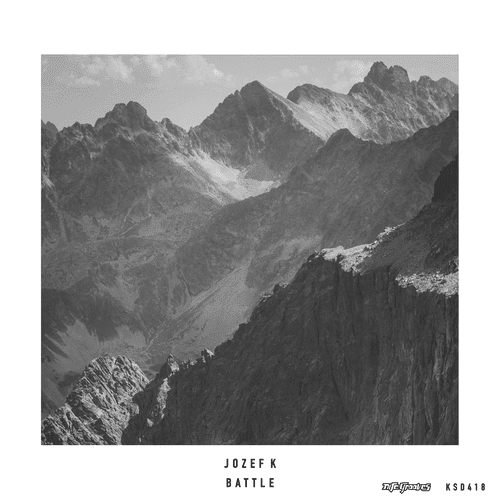