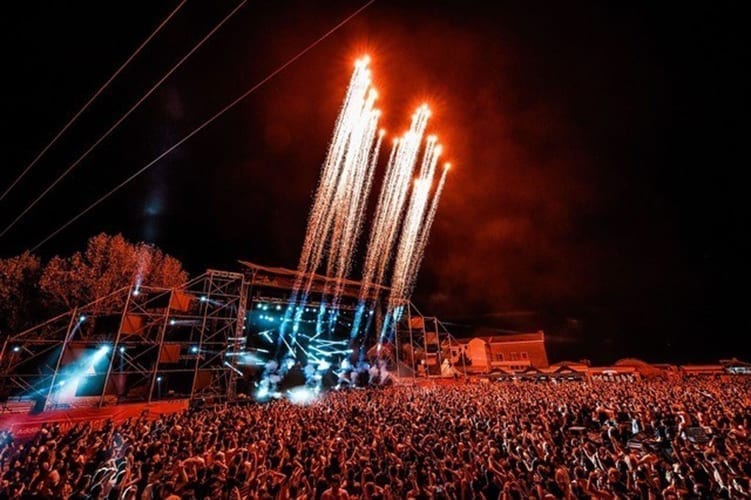 The sixth edition of award winning Sea Dance will take place from Friday August 30th to Sunday September 1st on the untouched gem of the Adriatic coast, Buljarica beach in Budva, Montenegro.

Featuring more than 100 international and regional stars, Sea Dance’s line-up features names from virtually every corner of music, with David Guetta, hitmaker Robin Schulz, sought-after British dance trio Disciples, techno superstars Richie Hawtin, Sven Vath, Recondite, Jon Gaiser and many more globally-renowned musicians set to appear. Spread over 5 stages and boasting incredible value for money (tickets can be snapped up for €44/£39 + b/f, while tourist packages start at €89), Sea Dance is a festival like few others in its field.

This year’s edition of Sea Dance will be marked by a world exclusive because, for the first time in its history, EXIT’s famous Dance Arena will leave the fortress and come to one of the most beautiful beaches of the Adriatic. Together with the legendary EXIT Festival Stage will come spectacular production – a perfect foil for the many brilliant artists on offer.

Last year, Sea Dance gathered almost 50,000 visitors, who enjoyed the unforgettable performances of the acclaimed international and local music stars. Stunning destination, more than 2km long Buljarica beach in Budva, is the pearl of untouched nature in Mediterranean. An arc of soft sand and pebbles, backed by a deep-shade forest make this beach in Montenegro an oasis of green. With festival campsite, tucked in the century old olive trees, right next to the beachfront and all of the festival’s five stages, Sea Dance is a truly unique proposition for any festival goer, so much so that it won the ‘Best Mid-Sized European Festival’ award in 2015. Since then, the festival has remained in the Top 10 Festivals at the European Festival Awards — the highest recognition the industry has to offer.

The headliners for this year’s event are arguably the best yet, with the most successful music producer of the 21st century and one of the most sought-after music performers in the world, David Guetta, taking centre stage. Of course, Disciples will join their friend and mentor Guetta for the final night of this year’s Sea Dance festival. Their biggest hit, “How Deep Is Your Love” is rightfully considered one of the songs that marked the passing decade and has billions of views on YouTube. Hits numbering in dozens will be taken care of by the master of today’s dancefloors, German DJ and producer DJ Robin Schulz and french club sensations and much- loved duo Ofenbach for a true Saturday night fever.

There is plenty more to look forward to, including the father of the global techno movement and three-times winner of the award for the Best DJ in the World, Sven Väth, German electro temptress and Golden Pudel resident, Helena Hauff, as well as the Berlin-based producer Recondite. The intriguing producer uses nature as inspiration for his organic sound and has been at the very top of the Resident Advisor best live performers chart for years.

Such regional aces as the great Darko Rundek, powerful Senidah and popular Balkan rap artists Surreal, Fox, Kuku$, Hazze and Bekfleš will also be present, as will young German producer and DJ star, Lovra, whose talent caught the eye of some great names in the world electronic music, starting from David Guetta, Armand van Helden, Basement Jaxx and Felix da Housecat, with whom she has been performing around the world. Sea Dance will also welcome Wags, the DJ star well-known for his energetic and unique performances where the atmosphere is red hot and he has been known as one of the best house performers for a full decade now, plus many more interesting locals such as Mark Funk, Danny Cruz, Oysha, Mirko & Meex, Divolly & Markward, Wreckage, Leo Fragogiannis, Rosske, Mario Eddie, Mr Mips and Davor Billyc.

Featuring history, culture, food, music and sights of the type you won’t see anywhere else, Sea Dance is just the start of your Montenegro adventure.