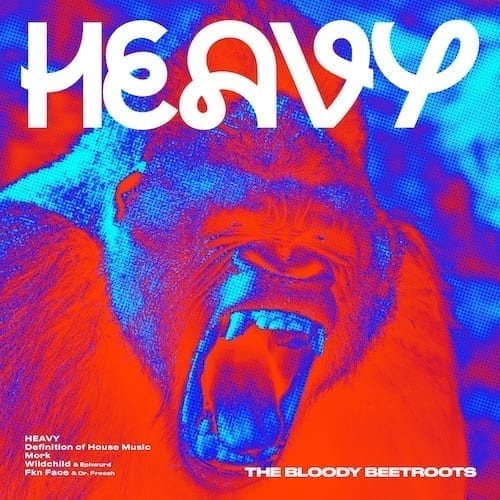 The Bloody Beetroots has released highly anticipated HEAVY EP, his first major project under his moniker in almost two years. As the follow-up to his 2017 album The Great Electronic Swindle, Sir Bob Cornelius Rifo unplugs the rock amps and heads back to the dance floor as he revisits his classic electro style. The five-track EP includes collaborations with next-generation artists like Ephwurd and Dr. Fresch, in addition to three raucous solo tracks.

The EP follows The Bloody Beetroots other major bodies of work The Great Electronic Swindle, Hide and Romborama, and marks his first record since a limited vinyl run was released to mark the ten-year anniversary of game-changing EP Warp. Originally released in 2009 in collaboration with Steve Aoki, Warp has since gone down as perhaps the definitive record from the late-2000s electro era, with Vice placing the track “Warp 1.9” at #19 on their list of ‘The 101 Best EDM Songs of All Time.’  Most recently the track was remixed for 2019 by Steve Aoki and KAYZO to great acclaim.

With a busy touring schedule, this summer marks as his most exciting yet with international dates spanning OpenAir, Topfest, Beat Festival, and global festival sensation Burning Man, as well as an exciting performance at Tomorrowland 15th Anniversary at this year’s ADE.