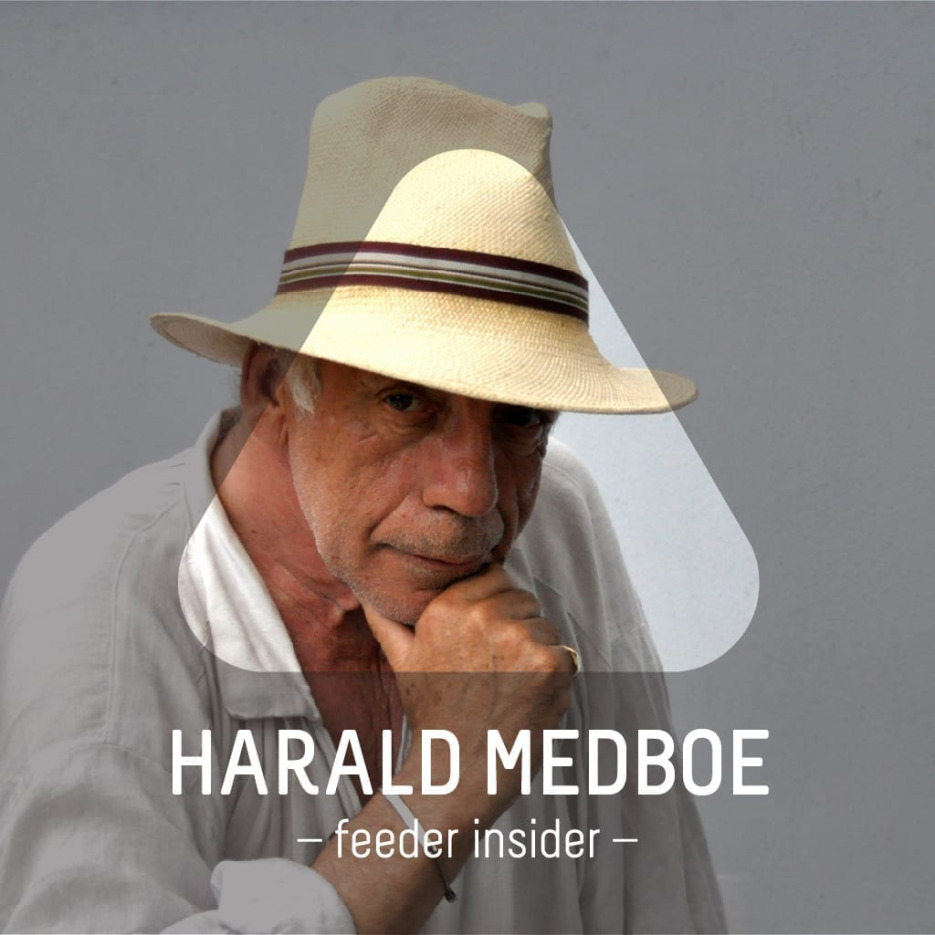 Harald Medboe is a Norwegian photographer, writer and traveller with a well-rooted Romanian ancestry through his mother. He started his career In Norway as a theatre photographer, learning how to move with the camera without disturbing. Wanting to find more information about his past determined him to travel to Romania and embark in a spiritual and professional journey at the same time. His natural curiosity and openness to the Roma people shortly lead him on the path to discovery and creativity.

He met and got close to a lot of Romani, took photos and wrote about their stories. In 2009 he put up exhibitions with his works in Sibiu and Sinaia, where at the Romani Kultura Festival he met former president Traian Basescu and had a conversation with him about the Roma people and the integration issues arising from the lack of a proper educational system. In time, he gathers a lot of materials, pictures and interviews and comes up with the idea to publish them in a magazine format, with Romanians and Roma working together for the project.

The first number of Revista Shukar was published in March 2018 alongside Diana Pascu as the chief-editor and revealed amazing stories and information about the Roma people and communities. The second issue followed in December and the third is announced for 25th June 2019. Amongst the collaborators, we find a lot of people, from visual artists, writers, actors and teachers to activists and even street musicians. Each and everyone is an ambassador for human rights in a way, influenced by the values and traditions of the Romani people or having a direct connection to this unique culture. George Vasilescu, Tudor Lakatos, Ciprian Necula, Andrei Dinescu, Zita Moldovan, Marta Bergman and Octav Ungureanu are just a few who had something to say and there are many, many others. Find out more going through the pages, as you’ll find Revista Shukar in various bistros, art galleries, cultural hubs and alternative spaces.

Sometimes, I wish I had learned to… speak the Romanian language.
What strikes me about the Romanian countryside in particular… is the fact that being everywhere, from Maramures to the Black Sea, Romania is a very beautiful country.
People are more open to new ideas when… education is a priority for the state. Mentalities can change and conflicts can be avoided if people are educated. The young generation is more open-minded.
My favourite dish would be… ciorba de burta with peppers aside, not knowing how strong they are. That’s how I also see Roma and Romanians from a birds-eye point of view.
Daydreaming… should be a part of Creation, as well as materializing dreams and creating something from an idea, as God did as well. I hope He doesn’t yawn when He looks down on me.
I would rather walk… sometimes. I travelled a lot in my car, a Mercedes Cobra ‘82 model.
One of my favourite places to spend the weekend… from my apartment to an outside garden, I can have a great time anywhere as long it’s in the company of friends. I’m looking for the good vibes more.
Connecting with nature… definitely offers nice things in different ways. I was at Waha Festival and that’s a good combination of people and nature. Also, there’s the need for silence to feel inspired.
Listening to music, I prefer… Bob Dylan, Grateful Dead and boring old stuff. I grew up in hippie times, I was fourteen when the Beatles came around.

feeder.ro: Hello Mr Harald! How did you arrive in Romania, to begin with, and what sparked your attention towards the Roma people?

Harald Medboe: My first trip to Romania was in 2001, it was the year my mother Ecaterina Riosianu passed away. She was born in Romania in 1911. Her mother was a Norwegian and her father was a Romanian boyar. Romania is my motherland and I liked the country and the people I met here. I am a photographer and took some pictures of the Gabor Roma in Brasov. I did a small exhibition of my pictures in Oslo and I saw there was an interest in this. I kept on visiting Romania, driving my old Mercedes Cobra all around the country collecting pictures and stories about my encounter with the Roma people in Romania. In 2006 I published the book “Gypsy Trips” about this journey. 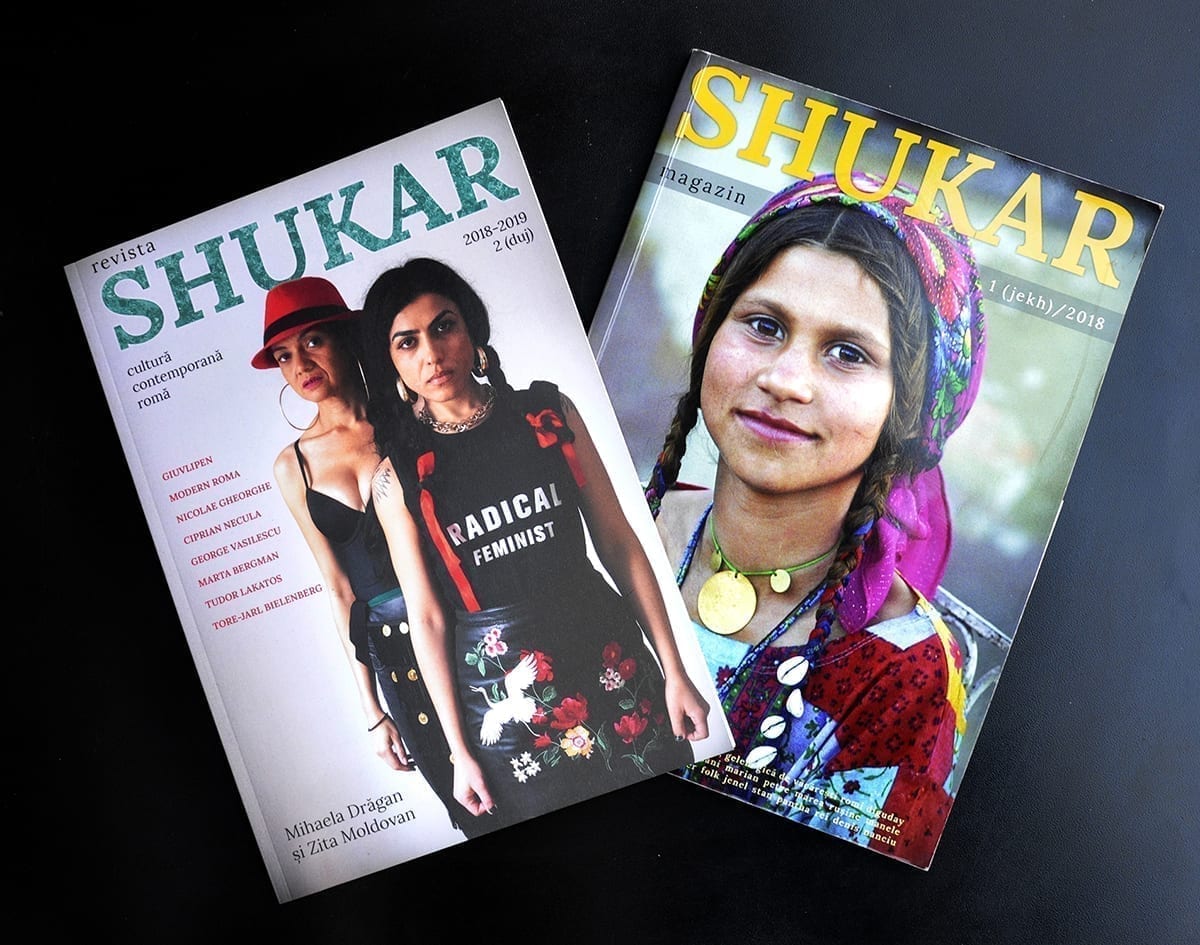 f: How did it all start with Shukar Magazine and what are your future plans for it?

Harald: The first years I travelled here I experienced the distance between the Romanians and the Roma. I spent most of my time around the Roma. In the later years, I felt the young Romanians wanted to learn more about this culture and that is how the idea for Revista Shukar came up. With the help of open-hearted young Romanians and modern Roma, we have published two editions until now. The third edition is going to be published in June 2019.

Revista Shukar is available in Carturesti bookstores, Manasia Hub and soon, in other places as well.

f: In what way do you think the content of the magazine will influence people’s perception about the Roma people and what does the Roma community itself has to say about the publication and your activity?

Harald: I see it is lack of information about the Roma people in the history books in Romania. The five hundred years of slavery is almost not mentioned, so it is on time to spread historical facts and present the modern Roma. Roma and Romanians have a common history going back to the 13th century. The Roma influence on Romanian culture should not be underestimated. They came from India and brought knowledge that has benefitted the Romanian culture. Music is one thing that stands out. I get very sad when I hear from Romanians: “We love their music, but we hate the Roma” or “We are not racists, but we hate the Roma”. Sad and stupid remarks like this I hear very often. It is said automatically without reflection. Sometimes the communication can be difficult…

When the first edition of Revista Shukar was published in 2018, people were happy to get information about the Roma. And my hope is that Revista Shukar can be published four times a year in the future.

It will be a cooperation project between open-hearted Romanians and modern Roma.

f: Where does the magazine fit in the international publishing stream?

Harald: This is a modern and young spirited magazine with a focus on tolerance and openness. Maybe it can become a forum for Roma all over Europe.

f: What do you have in mind for your next adventure?

Harald: My next adventure is putting together Revista Shukar #3 with the help of my Romanian and Roma friends. It will be published in June 2019. Also going to Waha Festival and take the magazine there for young people to see and read.