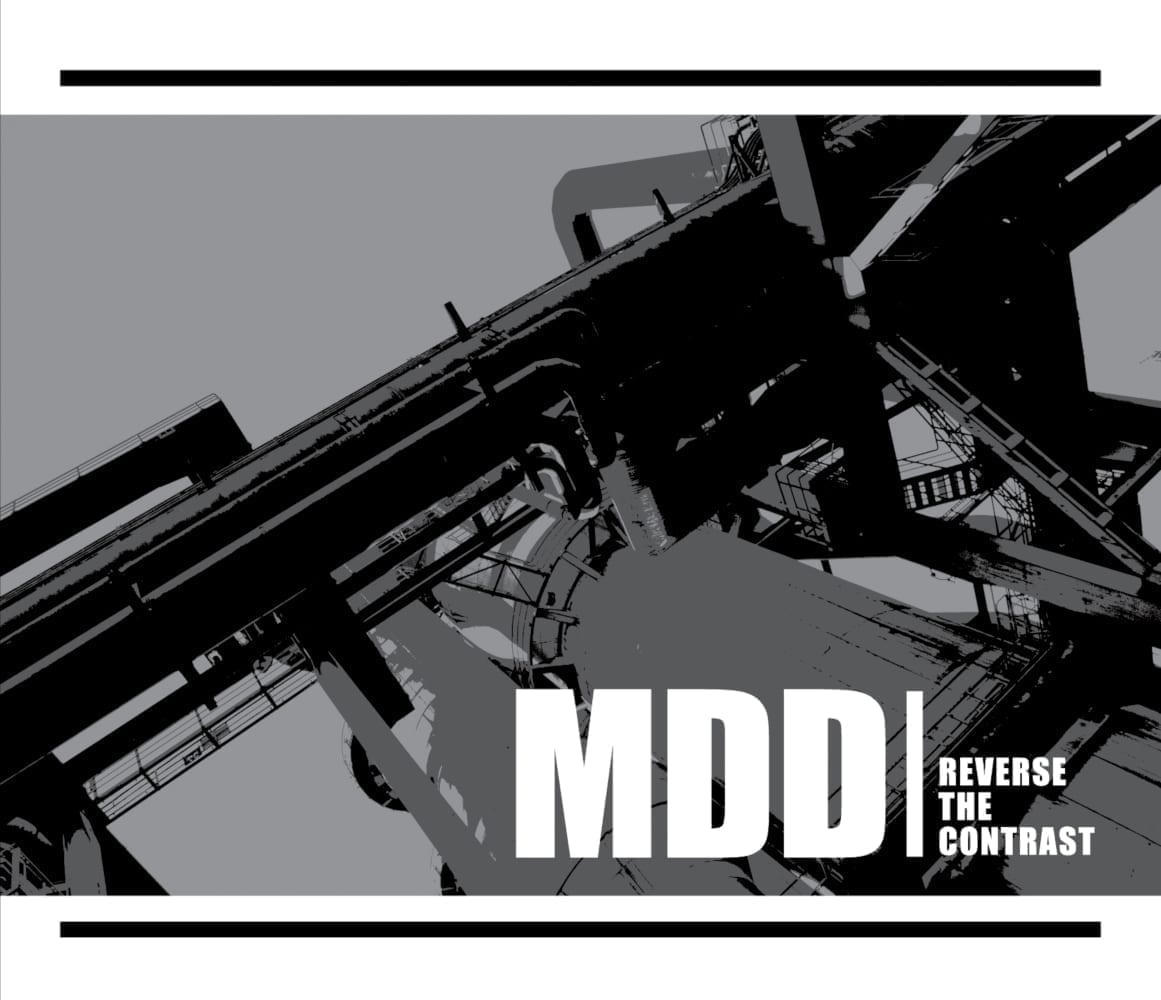 HANDS proudly welcomes one of the hottest acts on the current industrial techno circuit – Canadian duo MDD, the alliance of techno producers Measure Divide and Dolgener, who pursue a distinct passion together: The dark and dirty and intensely rhythmic “Reverse The Contrast” is a collection of tracks that defines their diversity and ability to express their aggressive, distorted, and edgy sound reflecting on today’s maddening world.

Discover old and new school industrial influences in a very unique combination, laid out with highly skilled production in ten tracks around the 6-minute mark, food for thought and pure physical stimulus at the same time, contemporary club grub galore. What started with intense recording sessions in 2015 became a live act in 2017, which has led MDD to perform alongside the likes of Orphx, Ancient Methods and Perc already; and in 2018 they have released two 12” vinyls to great acclaim.

While industrial and techno have crossed over massively in recent years, from both camps, the question may arise, how does one add something new to the style? MDD succeed in nailing that objective, with an album that oozes euphoria and authenticity – with an innovative combination of sounds: From their techno heritage they take the rhythmic clue, a relentless, capturing backbone laced with substantial groove. And at the same time, they pay due respect to industrial traditions that by far precede the crossover wave of recent years: Tracks like “Crushed”, “Underlight” or “Valium” focus on unadulterated rhythms and noise chops with big washes of distortion; “Breath”, “Dives” and “Submission (featuring AADJA)” feature actual, albeit heavily treated vocals, and addictive melody hooks, thus even hinting at the times when tracks were actual songs.

But there’s reconciliation at hand – “Grind” or “Second Injection” reveal their techno heritage through the whipping snare sounds and thumpy kick drums. And then it’s all in the same way head-nodding, stomping goodness. Contrast and reversal, past and present, MDD play with seeming antipodes and achieve something ultimately enjoyable!