[UPDATE] LIST: 11 movies made by Banksy you probably didn’t see 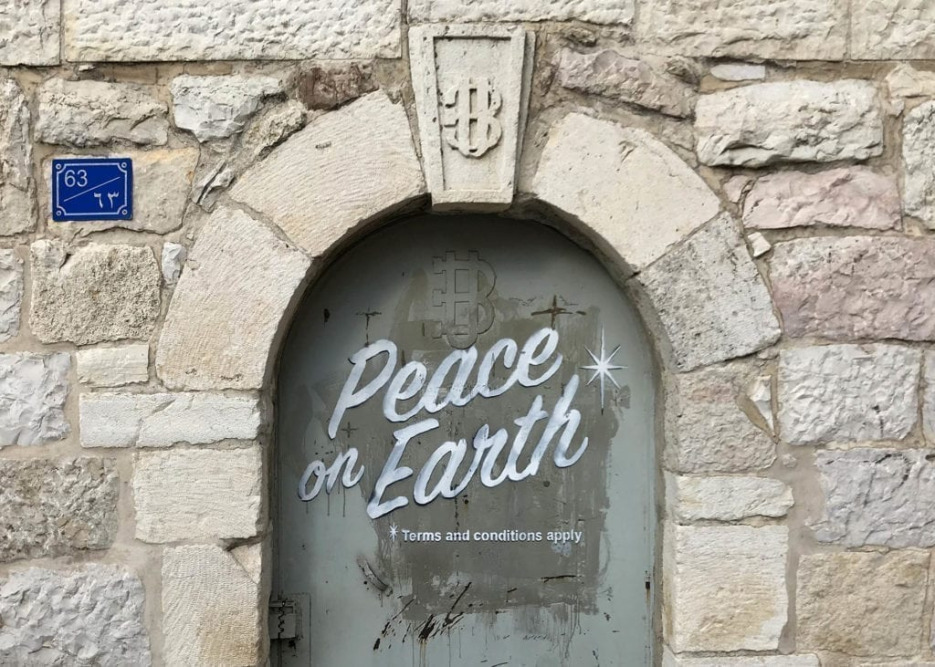 Here you can discover 11 movies that feature or are made by Banksy you probably didn’t see.

It’s been more than 10 years since feeder.ro is following British graffiti artist and political activist Banksy and we cannot help noticing that he is at the same time involved in the movie industry, releasing a large list of films, documentaries and short movies, at a rate of almost one video per year. Here is an incomplete list of 10 videos, starting with the collaboration for Banksy’s Coming for Dinner in 2009, continuing with the Exit through the gift shop! and the well known and controversial opening for The Simpsons in 2010. Up to his more recent releases, Banksy Does New York in 2014, Welcome to Gaza in 2015, The Alternativity in 2017, and Banksy and the Rise of Outlaw Art in 2020.

Watch this interesting selection and let us know your random thoughts on the films and ideas set forth by the productions.

The untold story of the world’s most famous artist, the empire he built and the movement he inspired.

The mystery surrounding ‘Banksy’, the anonymous street artist whose illegal stencils, pranks, invasions and interventions have outraged the establishment while captivating ordinary people across the planet for more than two decades. But despite being one of the most important figures of our times, Banksy has remained an enigma, with little known about the circumstances of his life and work.

Saving Banksy is the story of one misguided art collectors attempt to save Banksy’s famous “Haight Street Rat” from destruction and the auction block. His efforts to save the Rat are met with threats from city officials, snubs from museums and a flurry of six-figure offers from art dealers eager to cannot get their hands on the painting. Saving Banksy is a rare backstage look at the elusive world of Street Art and Graffiti. The film’s narrative is driven by multiple perspectives from Street Artists who paint graffiti illegally, and from art dealers who remove their graffiti from public walls for profiteering purposes. Saving Banksy opens by serving it’s plot up for debate. “What would you do if you found a million dollar Banksy spray-painted on the side of your house?” Since the birth of modern graffiti, Street Artists and graffiti writers have embraced the brevity of their public art. Their public work has always been subject to destruction by property owners, law enforcement, and other graffiti artists. However, with Street Art quickly becoming the hottest commodity on the auction block, these artists are rethinking their public artwork in an effort to outsmart the commercialization of graffiti. Saving Banksy features interviews with some of the top names in Street Art and Graffiti including Ben Eine, Risk, Revok, Niels ‘Shoe’ Meulman, Blek Le Rat, Anthony Lister, Doze Green, Hera, and Glen E Friedman. – Anonymous

A heist movie, screwball comedy and documentary all rolled into one big paint-splattered ball, The Banksy Job is about art, crime, authentication, ongoing feuds and a famous statue that, when it is reintroduced to the marketplace, could be worth millions. – Metro Films International

The Bristolian street artist Banksy has returned to Palestine to create another series of works, following his famous 2005 series painted on the West Bank barrier wall. This time Banksy has been busy in Gaza with a spoof video and a series of political murals to address arguably the most contentious controversial topic Banksy could have possibly used his stencil art to comment on – the Israeli – Palestinian conflict and the Gaza strip. –  Graffiti Street

In 2014 Banksy has staged a series of street pieces in New York City, in an ongoing public exhibit he is calling, “Better Out Than In,” with exhibits including a meat truck full of stuffed animals labeled, “Farm Fresh Meats,” and a vendor in Central Park selling authentic canvases by the artist for $60 each (worth a fortune) as part of his month-long residency.

Graffiti Wars examines street art and graffiti, and the creative tensions and conflicts within this artistic arena, especially with Robbo and Banksy.

The Antics Roadshow is an hour-long 2011 documentary film focused on “famous pranks and acts of activism which have become iconic”. The Antics Roadshow was produced and directed by the British street artist Banksy and the director/producer Jaimie D’Cruz and was narrated by Kathy Burke. The name parodies the BBC Television series, Antiques Roadshow. – via Wiki

This is the inside story of Street Art – a brutal and revealing account of what happens when fame, money and vandalism collide. Exit Through the Gift Shop follows an eccentric shop-keeper turned amateur film-maker as he attempts to capture many of the world’s most infamous vandals on camera, only to have a British stencil artist named Banksy turn the camcorder back on its owner with wildly unexpected results. One of the most provocative films about art ever made, Exit Through the Gift Shop is a fascinating study of low-level criminality, comradeship and incompetence. By turns shocking, hilarious and absurd, this is an enthralling modern-day fairytale… with bolt cutters.

The Simpsons opening by Banksy (2010)

“MoneyBart” is the third episode of The Simpsons‘ twenty-second season. It features an opening sequence and couch gag written by British graffiti artist and political activist Banksy, who stated he had been “inspired by reports that Simpsons characters are animated in Seoul, South Korea” – Wiki

Experience the clash of celebrity, as Hollywood royalty Joan Collins and husband Percy meet Banksy, the most famous living artist in the world. Banksy’s Coming for Dinner is a film within a film and questions the very nature of ‘reality’ at every level. – Gravitas Ventures

If you want to know Banksy better or even live in one of his artworks, now you have the chance to book a room at Walled off Hotel, in Bethlehem, Palestine. This is the hotel advertised as having the worst view in the world, looking at the Separation Wall also known as The Walls of Shame.

Banksy Street Art Wall removed from the streets in Detroit and moved into a gallery (2010)
Banksy filmed live by The Sunday Times in “the world’s first street art disaster movie” (2010)
Banksy versus Bristol Museum (2009)
Banksy: An Artist Unmasked (2008)

The first edition of the Un-hidden Street Art in Romania book is here to help you discover independent art in public spaces.

3 thoughts on “[UPDATE] LIST: 11 movies made by Banksy you probably didn’t see”