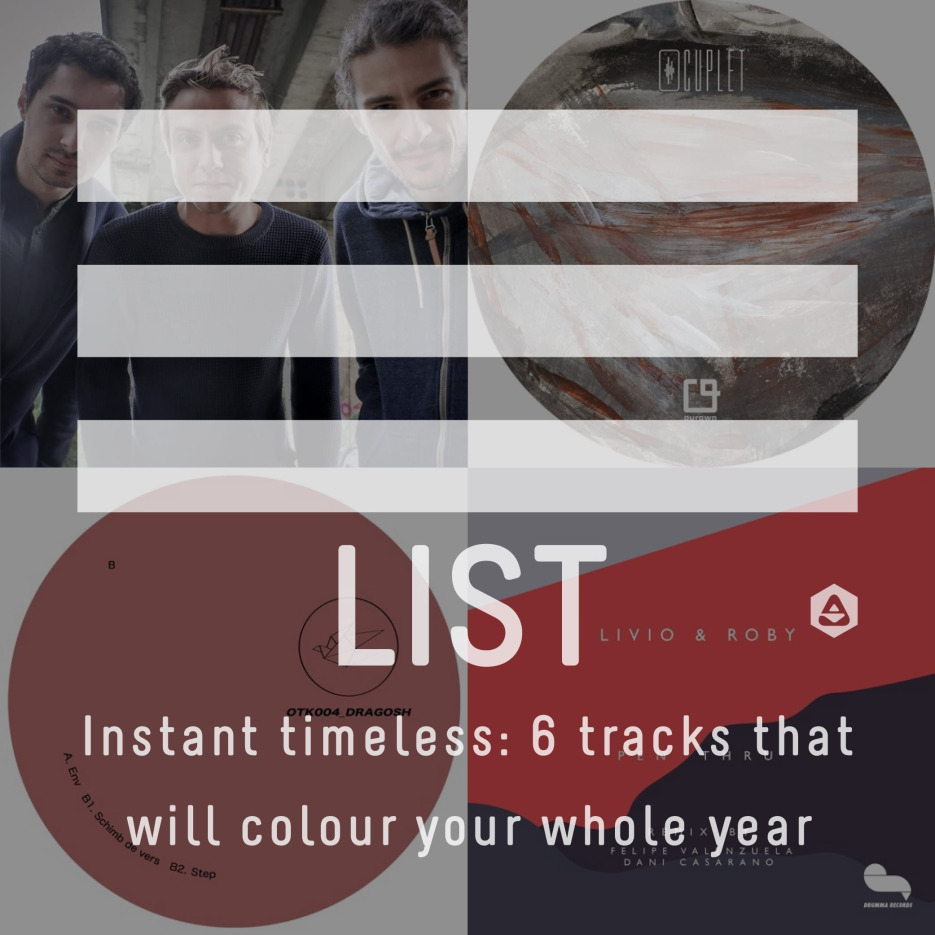 This year started very well, at least concerning the upcoming releases from Romanian artists around the minimal movement. Here you can find a list of 6 tracks that will lock you down in a hypnotic vibe for the whole year. We can already imagine that you‘ll be hearing these tracks played a lot in different scenarios.

The Romanian experimentalist trio Amorf, formed of Cristi Cons and Vlad Caia alongside pianist Mischa Blanos prepare to make their UK debut. Prepare yourself for a live set in Room One at fabric, celebrating the 11th anniversary of WetYourSelf! For this special occasion, they release a typically jazzy fragile house cut, called Downing Street.

„The tracks gain form during jam sessions. We begin with a basic scheme on top of which we build and add different elements.” – feeder insider interview with Vlad Caia & Cristi Cons

Joac O Pasta is a masterpiece EP released by Dan Andrei and Paul Agripa under their alias Comojii. Their two experience and styles combined resulting in an impressive arrangement. Conga 92 drives you into another dimension with overflowing synth-pop sounds, acid elements and electro-tinged broken rhythms. Expect the unexpected.

Barac – you will learn how to

Barac describes merely this track as light, and yes sometimes we can compare the way that sounds travel with the idea that light travels in the universe. As Eric Dolphy famously said:

“Music, after it’s over, it’s gone in the air. You can never capture it again” – Eric Dolphy

We‘ve been talking with Livio & Roby and Premiesku about frequencies and what makes people enjoy music, dance and go out to parties, and one of the conclusions is:

“Sound comes and goes all the time; the idea is to catch it and record it.” – feeder insider interview with Livio & Roby

Mystery music is the description that you find searching Tulbure. His sound is mysterious, techno that transcends genres and uses intriguing samplers creating a hypnotic atmosphere that will last forever.

“What connects us is the curiosity that we share; the musical experiment looked like a game. “ – feeder insider interview with Tulbure & Traian Cherecheș

“This is my personal view of underground music. I hope you enjoy.” – Dragosh

Anyone who’s listened to even brief sections of Dragosh’s discography will be all too aware that soul and swing are very much at the heart of his sound. So far he released with Curtea Veche, Memoria Recordings, Paragram, Viva Music and Desolat, to name a few. Out on the burgeoning Otaku Records imprint, Y DRA EP sees the Romanian producer serve up three delectable dancefloor cuts, each one as excellent as the next.

In conclusion, we have six good reasons to enjoy this start of the year, and we can expect a lot of good music coming up shortly. Stay tuned and let us know what your favourite tracks released this January are.

2 thoughts on “Instant timeless: 6 tracks that will colour your whole year”