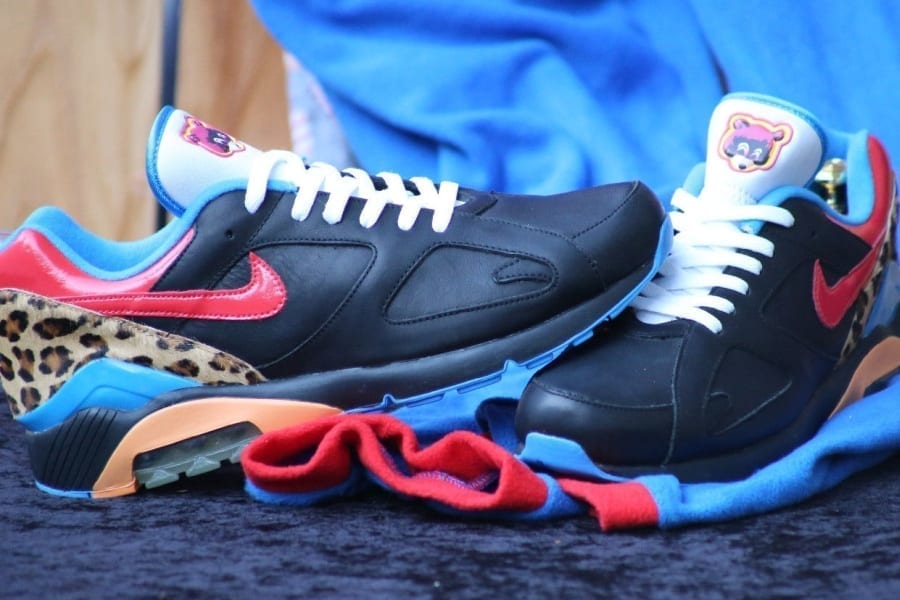 Yeezy’s again on your sofa

Arguably one of the most sought after and hyped releases of the year (and it is not even half of the 2015), the collaboration between Adidas and Kanye West. Although Kanye promised in interviews that he disregards ‘exclusivity’ and that the Yeezy Boost will be available to everyone, you might think that buying them would be a relative easy cop. Wrong, the first batch of the 750 Yeezy Boost was limited to 9-12 pairs of sneakers per shop and released to a select number of stores that had the Consortium account. Rumours say that the sneakers will be released later in March – between the 24th and the 28th. However, one might say that even if these release in Air Jordan 11 ‘Legend Blue’ numbers, sneakerheads will still go ham after them.

The retail price is higher than the previous Yeezy collaborations with Nike, but the materials and the packaging are definitely better Material wise, the sneakers are excellent. The suede is really soft and their manufacturing is clean, without any glue stains, marks or creases. Both of the laces, the simple white ones and the ropes, feature no branding on the eyelets, a detail that could have been a nice touch. The dynamic straps feature two well-thought and subtle details, the 3 stripes and the adidas logo on the right one and the YZY written on the other one. The full length internal boost and the high quality materials make the shoe a comfortable and a light one. They are also quite easy to match at any outfit due to their minimalism and neutral colourway. Regarding the packaging, it is trying to be as high end as possible. The box is sturdy and simple, featuring only the label. Inside you also find the extra pair of white laces that are in a black and simple envelope and 2 black cotton dust bags. No additional tags are attached to the sneakers. The bottom of the box is also padded. As with all of the Kanye west sneakers, or even products, they are a love or hate them type. The same is with the Yeezy 750 Boost. Sneakerheads tend to compare them with the previous Yeezy’s or a pair of Jordan’s, although this is completely wrong. The sneakers are high end and not a sport trainer, thus comparing them with products from labels that are not Margiela, Saint Laurent Paris, Balenciaga etc. it is irrelevant and plain stupid. What should also be noted is the actual process of buying the shoes. If you succeed in successfully ordering the sneakers, due to their limited numbers, you will probably end appreciating them even more and having for them a sincere emotional attachment. We managed to purchase them online from Colette, after failing to buy them from DSM or win any of the raffles.

Faster than ever, the replica versions of the Yeezy boosts popped up soon after the release. You might think that they waited on this opportunity way before the sneakerheads started salivating at the pictures that Jasper posted on IG. Sadly, the replicas are easily available for buying and many ‘sneaker enthusiasts’ anxiously purchase them.

Circular shape of the sole

Adidas and YZY engraved on the sole