Vid aka Egal 3 at 5 Years of Sound Of Vast 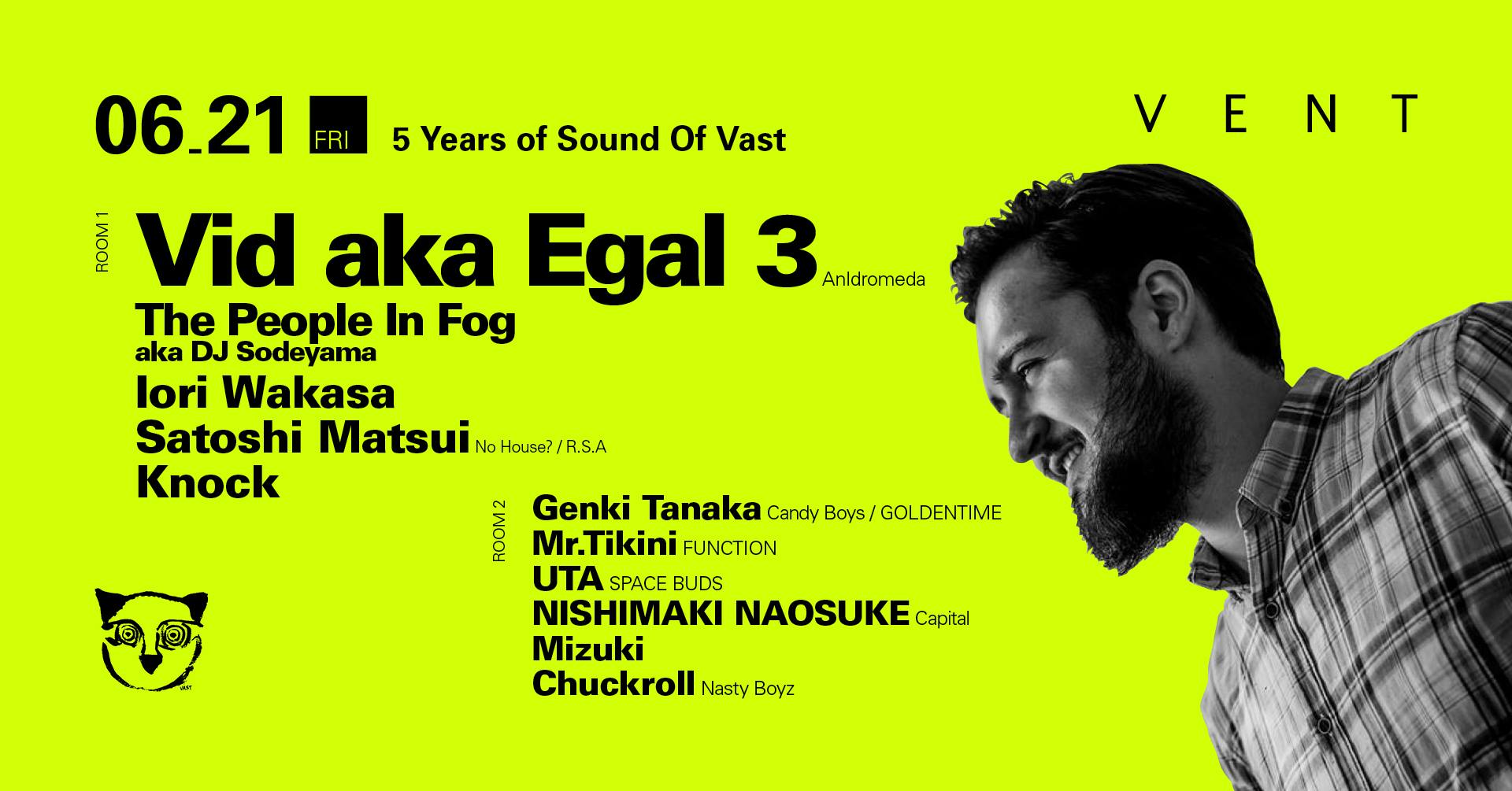 Vid aka Egal 3, highly talented Romanian artist who has been held to high esteem by Ricardo Villalobos, will be performing at prestigious Japanese label Sound of Vast’s fifth anniversary party!

Japanese label based in Amsterdam that has won the support of listeners all over the globe, Sound of Vast, will be holding its fifth anniversary party at VENT, on June 21st! Vid, better known as Egal 3, along with DJ Sodeyama’s The People in Fog moniker, Iori Wakasa, Satoshi Matsui, and even label leader Knock who is active will KEWL will be performing.

Sound of Vast is the first Japanese-run label to be affiliated with distributor Rush Hour, which is run by Antal. They are the only official party at the Amsterdam Dance Festival to be organized by Japanese; and in the short time since the label’s inception, they’ve gained a lot of attention from all over the globe.

Headliner Vid has released some really spectacular works on Sound of Vast through his Egal 3 moniker. Born in Romania, he began studying classical music from an early age, and is able to express his emotions through the piano. He’s cultivated a unique style by combining classical music elements with electronic music, and designs music that expresses his emotions through a blend of micro-house/minimal techno and dub music; he has been making a name for himself within the European minimal house scene, as of late.

In honor of the labels’ fifth year of existence an epic compilation has been dropped, which includes tracks from San Proper, The Mole, Com Sin aka Cosmin TRG (all three are regulars of the label), as well as Akiko Kiyama, Subb-an, and Shinichiro Yokota – this record has been creating getting a lot of attention at record shops. Come celebrate 5 years of this amazing Japanese label during one unforgettable night, only at VENT!