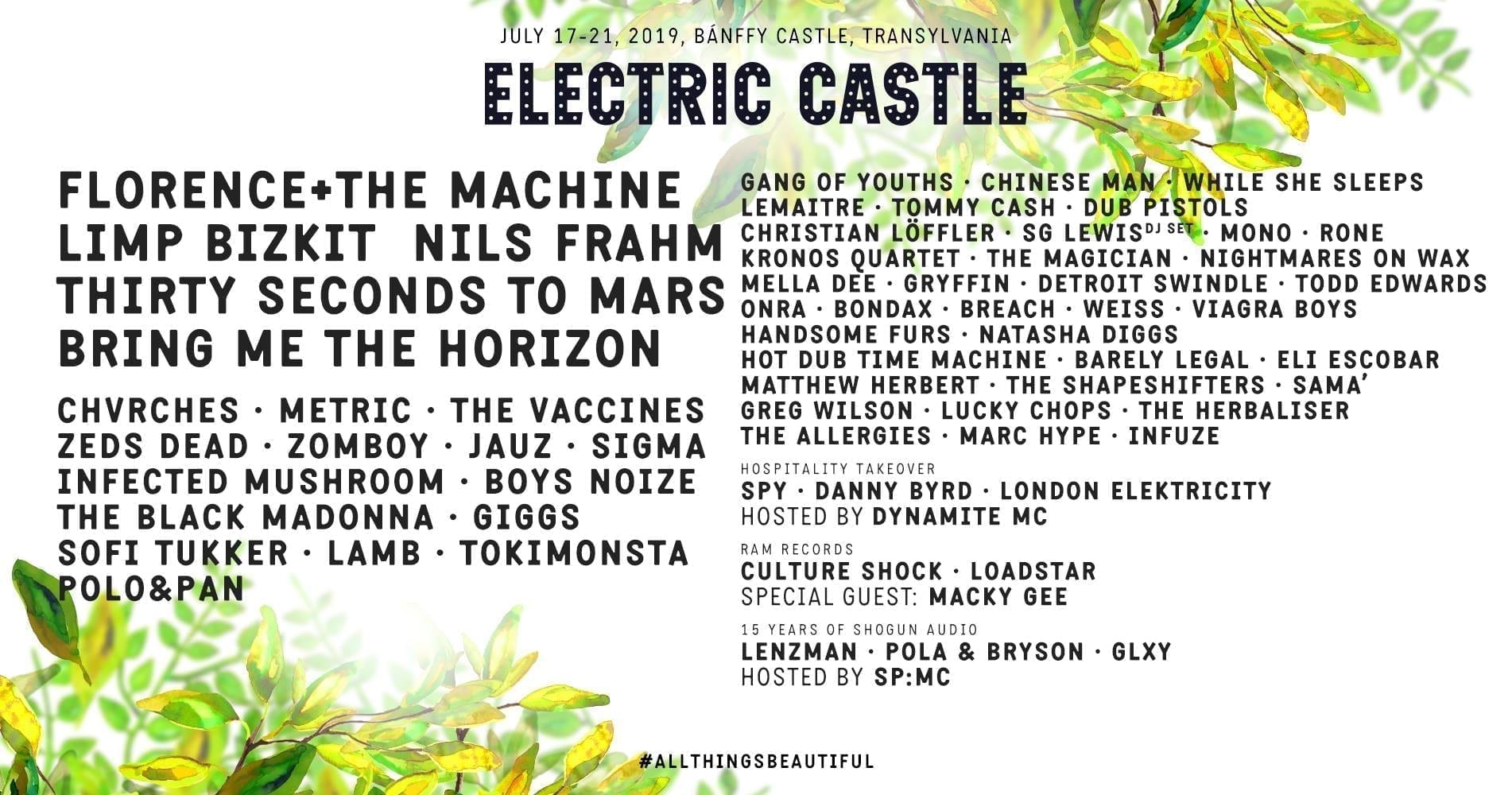 The most beloved annual music event in Romania, Electric Castle is a unique and genuine five days festival experience that happens every year at the Bánffy Castle domain in Bonțida – a tiny historic village near Cluj Napoca in Transylvania.

By mixing arts and technology with an eclectic musical line-up, unique architectural concept and the breathtaking scenery of the amazing medieval castle, Electric Castle redefines the way people interact with a music festival, breaking the boundaries between electronic music and reggae, mainstream and subculture.

NEW MEDIA CASTLE | The Castle flips into an art installation

Memo Akten is an artist, researcher and philomath from Istanbul, Turkey, working with computation as a medium, inspired by the intersections of science and spirituality; and collisions between nature, science, technology, ethics, ritual, tradition and religion.

Schreiberʼs use of contemporary technology engages a conversation with ideas of the esoteric, superstition and the occult. His practice pits the active image of the past against today’s screen-based image culture of slick and banal immediacy.

NONOTAK work on light and sound installations, creating an ethereal, immersive and dreamlike environment meant to envelop the viewer.

The 404.zero team conjures a precise and clearly defined understanding of life’s concept through creating an audiovisual art.

Fujimoto’s work relies heavily on mathematical formulas as a medium for abstract expression. In some ways Fujimoto is a modern-day M.C Escher, illustrating his works through mathematical operations that invoke a sense of novelty around his image making.

Olivier Ratsi’s work presents objective reality, time, space and matter as a series of intangible informative notions. Focusing on the experience of reality and its representations, as well as the perception of space, he conceives works that encourage the viewer to question his or her own interpretation of what is real.

Children of the Light

This project is about light and darkness. Bright white light is mounted and directed both inwards and outwards on a rotating black metal frame that slowly turns around its own axis. Smoke meanders around the installation and gets illuminated by the animated light: the installation’s continuous transformation brings images to life and invites the viewers to investigate further.

In short, OPENRNDR is a tool to create tools. It is an open source framework for creative coding, written in Kotlin for the Java VM that simplifies writing real-time interactive software. It fully embraces its existing infrastructure of (open source) libraries, editors, debuggers and build tools. It is designed and developed for prototyping as well as the development of robust performant visual and interactive applications. It is not an application, it is a collection of software components that aid the creation of applications.