During the during. A catalogue of steps, DD Dorvillier 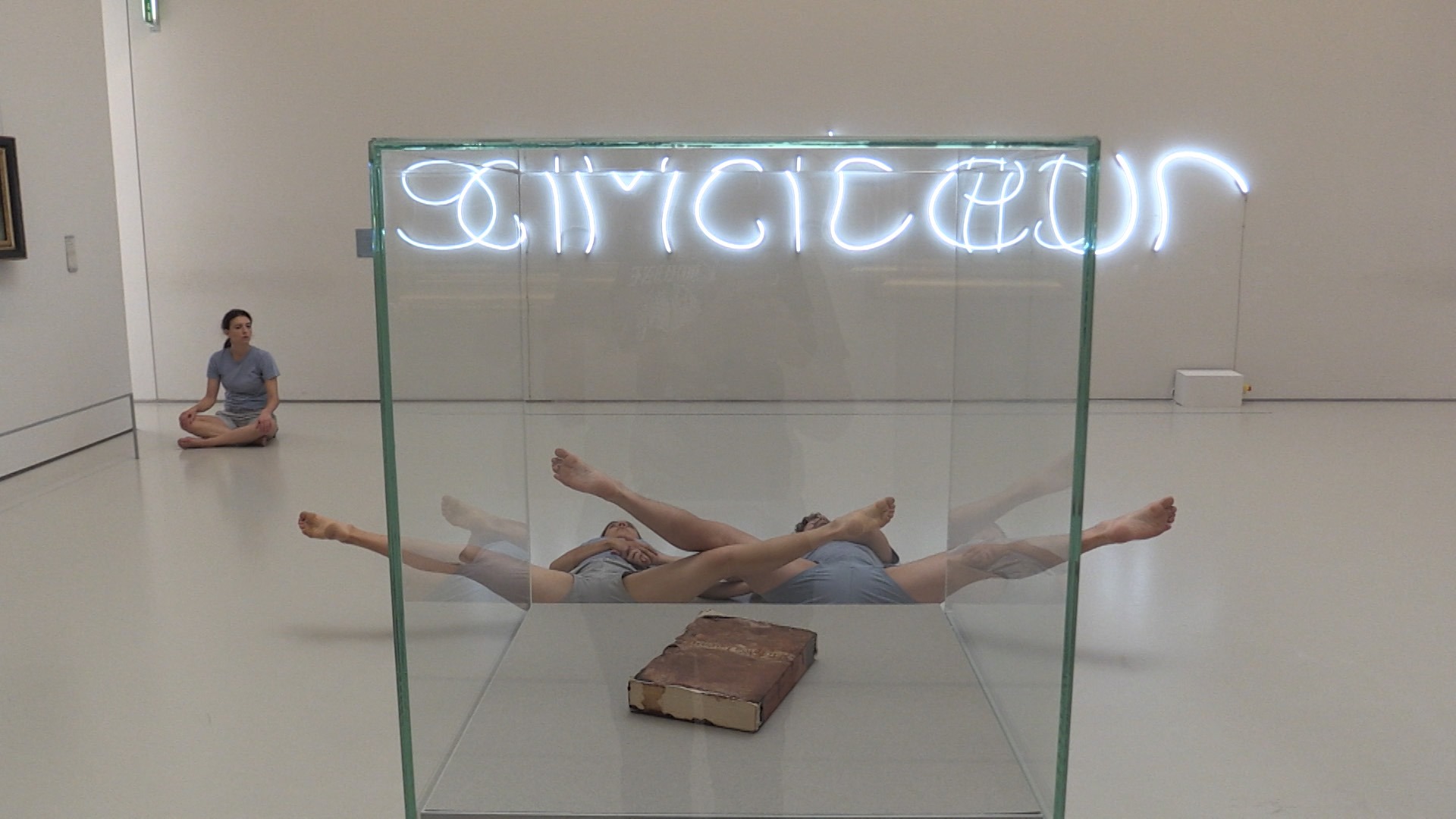 During the during. A catalogue of steps ► DD Dorvillier

“Structured in a very intuitive way, A catalogue of steps was born out of a need for distance and reflection in examining my own history and reasons for dancing and making – figuring out how to deal with an artistic past that felt very different from my present and evolving one.
Its processual, archival, and multifaceted nature resembles that of a research project with an extended shelf-life. Unlike an archive stored in an old closet or hard drive, A catalogue of steps is a living project that asks to be visited and experienced at work, “during the during”.

In this online presentation, I’ll unpack some of the main practices of our research. Beyond the accumulation of public visits in amazing places that the project represents, what holds my interest most deeply today is the experience of reflecting together on, in and with a dance, of observing how dances once made for long-gone places can hold many spaces at once including new and current ones, how learning dance can be progressive rather than retrospective, and how dance affects language and language produces dance.”

Through her artistic practice, DD Dorvillier has always challenged pre-established definitions, including her own, of dance and choreography. By building works through physical, conceptual, and philosophical approaches, she researches the complex relationships between gesture, spectatorship, embodiment, language, and perception, in a playful yet urgent manner. An approach to sound, light, and objects as quasi-linguistic materials is at the heart of her process. In recent years she has developed special attention to how place and site inform her artistic work. Before moving to France in 2010, she lived and worked in New York City for 20 years. In 1991 she and dancer/choreographer Jennifer Monson created the Matzoh Factory in Williamsburg, Brooklyn. For over a decade the studio was a grassroots haven for wild experimentation where artists congregated for shows, rehearsals and readings.

Her works have been extensively presented and produced in Europe and New York, and she has received numerous awards. In 2008 she was artistic mentor (alongside Trajal Harrell) of the DanceWeb program at ImPulsTanz. She worked as Associated artist-researcher with the exercise MA program at ICI – CCN in Montpellier 2017-19 and is now the Associated Artist at the Centre de développement chorégraphique national (CDCN) “Le Dancing” in Dijon, France. In 2019 she and composer Sébastien Roux inaugurated La Corvette, a new grassroots space for research and experimentation in dance and music, in rural Burgundy, France.

DD Dorvillier was a guest artist in Bucharest at eXplore festival 2019 edition, with No Change, or “freedom is a psycho-kinetic skill” – a performance that has been considered a reference for the artist’s later works.

*** The presentation is organized within the project SCORES ON A CATALOGUE OF STEPS Production: WASP Studios, Co-Production: 4Culture Association The project does not necessarily represent the position of The Administration of the National Cultural Fund. The Administration of the National Cultural Fund is not responsible for the content of the project or how the results of the project may be used. These are entirely the responsibility of the funding recipient.