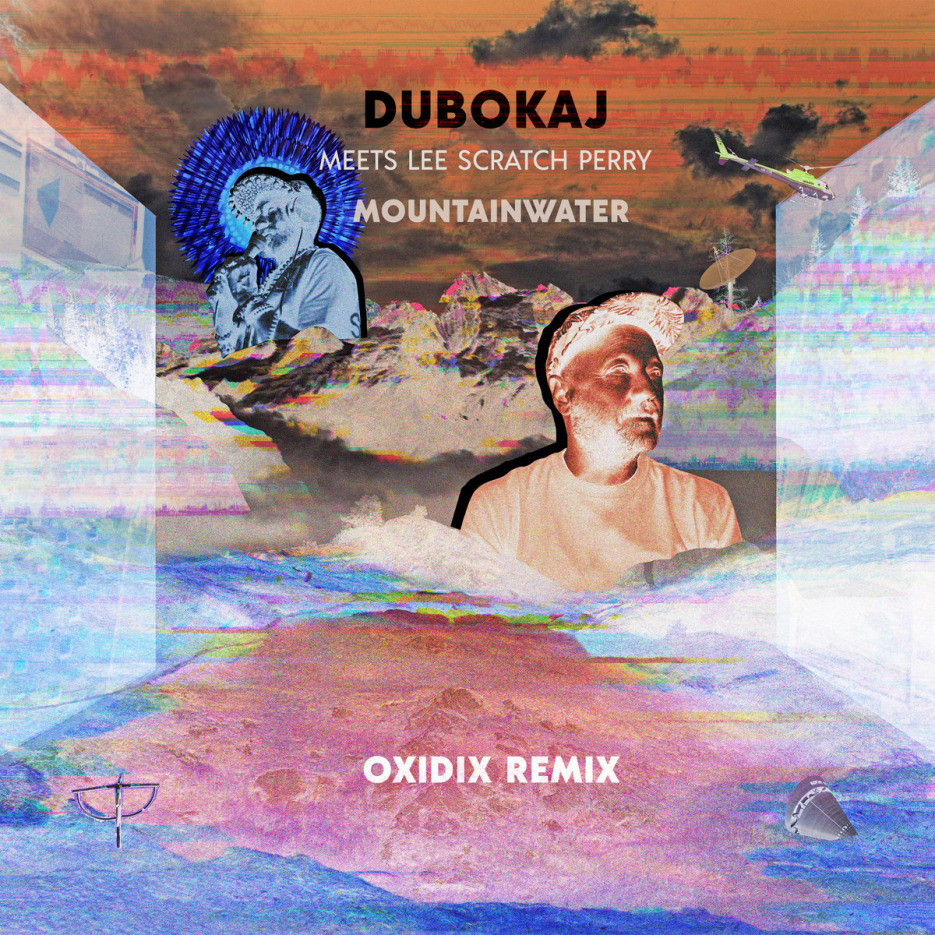 „When I heard Dubokaj’s track “Mountainwater” with Lee Scratch Perry for the first time, I was incredibly flashed. Especially the recurring synths together with Lee Perry’s mystical voice inspired me. The fact that I have now been given the opportunity to remix it myself is a great honor for me and fills me with pride. In my version, I increased the tempo by almost 20 bpm and created an OXIDIX typical shamanic vibe around Lee Perry’s vocals.

The result is a warm and organic downtempo track, which is accompanied by a self-recorded original Hang from Bern (handpan). The flow is only interrupted by Lee’s door-slamming, which briefly takes you out of the dreamy trip back into reality.

In my dream Lee “Scratch” Perry sits down cozily in a big red armchair to listen to the remix, he lights a magic candle and smokes a nice spliff, before he closes his eyes and gives himself fully to the journey.”

Mountainwater was the debut single from the Daydreamflix LP. The song begins with an Lee $cratch Perry shoutout to the record label Dubokaj co-founded and where he releases his albums, Mouthwatering Records misspelling it Mountainwater Records.

Great poetry, to begin with! OXIDIX takes the Alpine Dub anthem into an electrorganica dimension where the ambiental quality of the song is enhanced and you feel like you are tuning in to the sound of a waterfall that is blasting colorful synth waves. The field recordings that capture the sound of the secret Swiss Mountains Laboratory door slamming and the journey from the virtual realm into reality are accentuated and you enter a dream-like state.

The synth riffs on Mountainwater that acted like doorways are now water ripples pushing colored music of the spheres: they soundtrack the nature in the Swiss mountains, and the space inside our heads.

Manuel Tröhler aka OXIDIX is a DJ, turntablist, remixer and producer from the Swiss capital Bern. Known for his sophisticated sampling, his DJ skills and as a backup MC for various band formations in the fields of hip hop, world and electronic, OXIDIX can always be found year in, year out on all kinds of stages. In 2010 he completed a two-year Swiss tour with rapper & beatboxer STEFF LA CHEFFE. Inspired and spurred by a 19-month world trip through Asia, Africa and South America in 2012 and 2013, OXIDIX‘s field of work has steadily expanded. With his diverse, always surprising DJ sets, his live electro project THE LUGUBRIOUS and his collaboration with the multi-award-winning Basel rapper LA NEFERA, the producer and DJ has been able to prove how versatile and promising his work is in the live and production fields.

OXIDIX’s own compositions move somewhere between downtempo, electronic and hip hop. His music blends together the rhythms, melodies and mythologies of different continents with the sounds of the forest, the chirping of crickets, trickling stones and crackling leaves. The organic textures intertwine smoothly with a modern electronic sound aesthetic. Pumping, crispy beats bounce in the foreground, while a variety of self recorded instruments create a dreamscape full of depth and mysticism. A dreamy, warm and melodic trip that entrances as much through headphones as it does on the dancefloor. For lovers of El Búho, Nicola Cruz, Mose and Yeahman. OXIDIX has already participated in the following music projects: Steff la Cheffe, The Lugubrious, La Nefera, The Phanamanation, Dopestum, Churchhill, Sa Mood and others.

Swiss-based Mouthwatering Records in a partnership with Transylvanian-based The Sound of Art to Come platform and label proudly present Dubokaj & Lee Scratch Perry’s fourth remix off the Daydreamflix album – Mountainwater by OXIDIX.