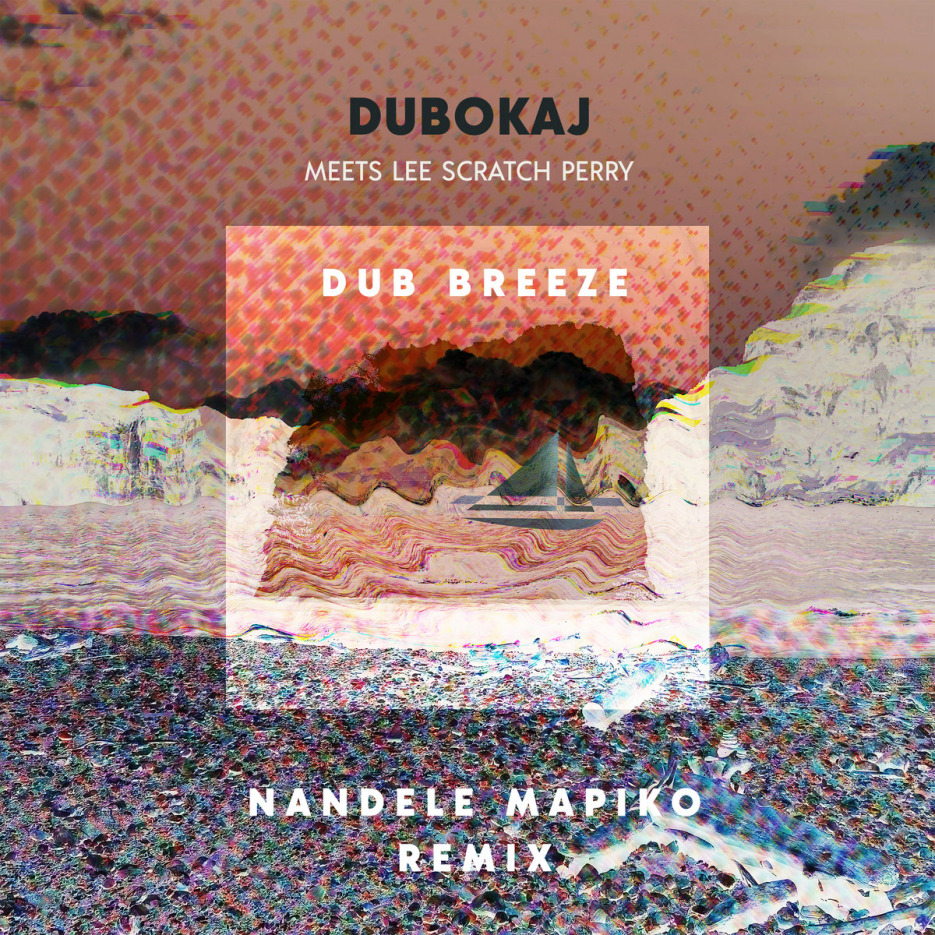 Dub Breeze by Dubokaj & Lee Scratch Perry (Nandele Mapiko Remix) is a dance-floor frantic song with a steady pulse from the kick drum, almost motorik like. While Lee $cratch Perry whispers autotuned, drowning in the mix, leading us like a shaman outside the club in the natural environment. The use of reverb and delays, plus feedback, are pure bliss transporting us into another dimension where people are fish, dancing together in an ocean of swirling colors.

Nandele takes the song into an ambiental direction by keeping the BPM and tweaking with the synths and vocals. You can feel the Mozambique based producers love for psychedelia and he morphs Dubokaj’s Alpine Dub into a shamanic exorcism bleeping outside this Universe into Afrofuturism.

Nandele is one of the most innovative beat makers, producers and DJs coming from Mozambique. He is at the forefront of the alternative music scene with his mix of bass heavy boombap instrumentals, dubstep, trap, psychedelic hip-hop beats and the makonde rhythms of Northern Mozambique.

The son of the first black director of the Mozambican National Radio after the country’s independence, this is where he gets his musical background listening in his early age to a vast musical catalogue raging from Michael Jackson to Fela Kuti, from Kanda Bongo Man to Santana and Marvin Gaye, which he incorporates it in his beat making.

A prolific producer and writer, Nandele has written music for contemporary dance performances, films and has a number of band projects including: Cantinho das Cores, The Mute Band (who won best new band at the Mozambican Music Awards in 2016) and Azagaia & Os Cortadores da Lenha. He has collaborated with artists such as Felix Laband (RSA), Dion Monti (CHF), Symbiz (DEU) and Boogz Brown (REU).

Nandele is also member and founder of an audio-visual group Muave he is part of the Miss collective that recently released a multi-disciplinary performance called Degradação (Re)Generativa, he is part of international collective called Proximal Distal who had recently a residency and will release a publication and a vinyl.

Nandele has remixed tracks for Dubokaj meets Lee Scratch Perry project and Mothers of Mars, and as producer for Tresor 30 compilation along with techno pioneers (Jeff Mills, Dj Stingray), established and upcoming artitsts around the world and he is part of artist roaster of Tresor Records as well. He has produced a jingle wich was a collaboration with ASAAS Collective from Palestine for Radio Alhara, where he is constantly collaborating and his live performances and mixes are broadcasted. He has produced for the Original Soundtrack for the comic book informais created by Anima Studio Criativo.

released October 20, 2022
Alpine Dub soundclash in the heart of the Swiss Alps in the Secret Laboratory.