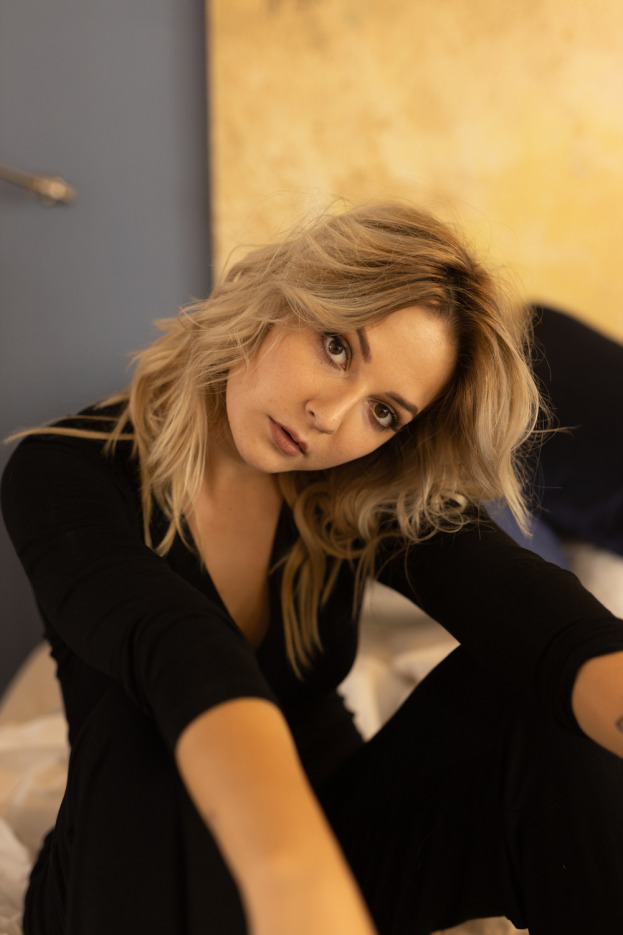 “This catchy song has a deep background story. At first, only my friends told me that I was overthinking everything, and then my doctor traced my physical symptoms back to this. I wanted to write a song about it. It did not turn out well. My producer said I can do better than that. That’s when I started digging deep within myself. I bled my heart out on paper when I wrote that I still think about my dad when I overthink something. He has been living in another dimension for eight years now. This is what the music video symbolizes, and even though it didn’t start out that way, that’s what the song is about. Art creates itself, and you can’t lie in music. Admitting my problem for myself helped me to overcome it. I hope that I can help others too. Life is to enjoy not to suffer”

I owe my courage to singing. When we are singing, we cannot be afraid. During singing, the liberated brain is unable to create feelings of fear. I’ve been singing since I was five, so I can say I’ve never been afraid of anything in my life. Even though I became the drummer of my first teen band and later got the role of Lambchops, the savage drummer girl in the Hungarian Operetta Theater’s performance “Fame” I still sang more — because I never wanted to be afraid. I was fourteen when I first really experienced the spotlight in a cover band, with which we played everything from old Hungarian hits to Deep Purple, but I could only really find myself by singing my originals. After watching the movie “Amy Winehouse Story” I started to write my originals and sing myself even braver. With my first acapella recordings on my phone, my journey led to Krisztián Burai, a famous music producer in Hungary, and our first song together was born, followed by a featuring that has already been seen by one and a half million people on YouTube. I felt like I wanted to speak in a way that was understandable to even more and more, so in 2018, at the Berklee 5 Weeks Summer Performance Program, I decided to write and sing in English as well. I am currently working on my EP, I can’t wait to sing the songs live, because I can boldly dream by singing.