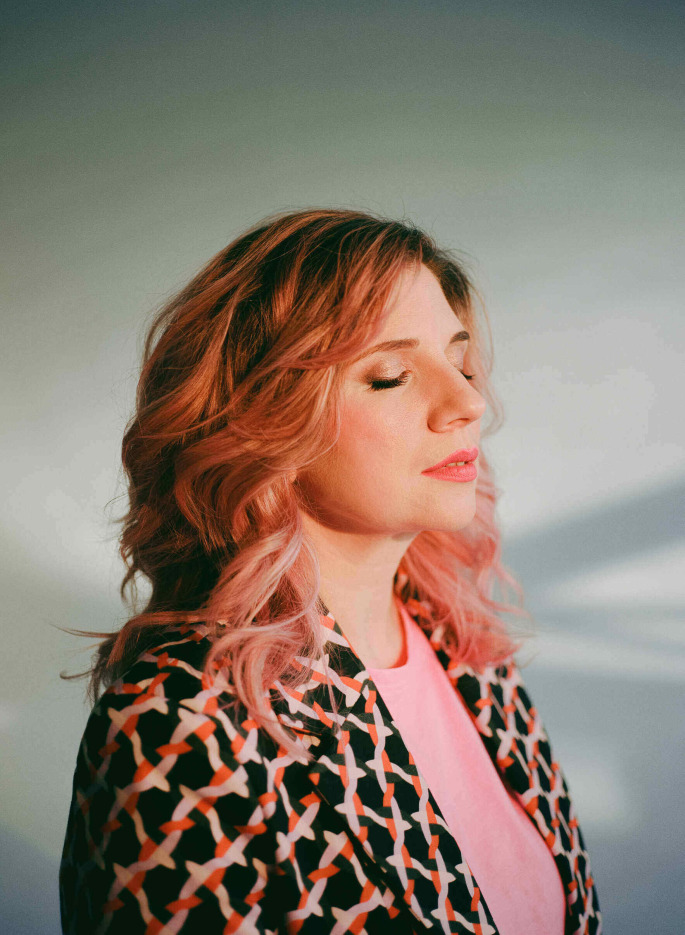 Award-winning Vera Jónás sways you with her tender music or makes you dance with her tiger-wild songs. HOLD, Vera Jonas Experiment’s third album was released in 2022. Currently, Vera is working on a show and album with internationally acclaimed alternative choir, Soharóza. Kesergés, her brand new video, is out.

She graduated from the London Centre of Contemporary Music School in 2012. She was handpicked to the OneBeat program sponsored by the US Department of State, participated in a two-week workshop in Florida, and toured the Eastern Coast of the US. Vera Jónás Experiment won the Indie/Alternative Album of the Year Award (Hungarian Grammy), while Vera received the prestigious Junior Songwriter Award of Artisjus, Hungary’s copyright agency. The band played prestigious festivals like Eurosonic, Zandari Festa, Tauron Life, where shared stage with Santana. The Experiment regularly plays in the Czech Republic, Germany, Belgium, Romania, Slovakia, the Netherlands and had an Asian tour.

“For me, Kesergés is about a kind of cycle. Everything comes full circle, the wheat ripens, the heart heals after it’s been hurt. The intro to the music is not coincidentally a ‘uroboros’, a symbol of a snake biting its own tail. The fragmented but circular syllables also symbolise that everything we do will be reflected in our relationships, our living environment, but also in nature. This film is an impression of our brutal summer of 2022, where we had a very hot summer, so we tried to take many showers, while the Great Plain was severely damaged by drought. When I first saw this footage, I thought it was taken on another continent, or at least in Southern Europe. This is happening now”

– said Vera Jónás about the concept of the video.

Vera Jonas Experiment is preparing for a special concert in Budapest’s newest venue, House of Music, where the band will be accompanied by highly acclaimed Hungarian musicians (trumpet, cimbalom, chello, sax, violin). In 2023, the band is planning to go on a tour in Poland and some other Eastern Central European countries. They will also release a music video for the song Hard in the beginning of the year, and another one for Hallom, during the spring. Both are from HOLD as well.