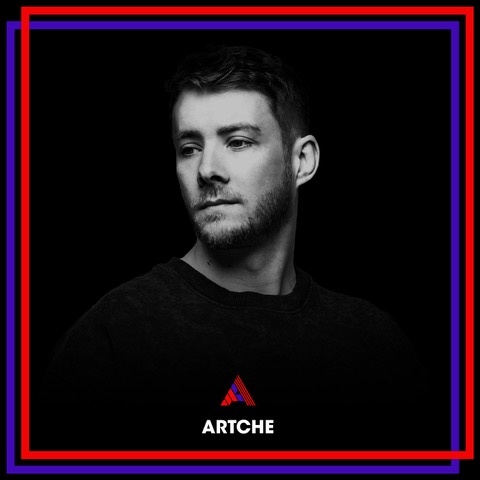 Newcastle has never been a city short of musical brilliance. From Dire Straits to Sting, the city has long produced producers who’ve made a mark on a global level. Needless to say though, we’re far more interested in electronic music producers here, and names like Richy Ahmed and Patrick Topping have definitely helped put Newcastle on the map. Another man making his mark is Artche, who recently turned in a killer remix for Jochem Hamerling on the Adesso label. We checked in with him recently to see what’s happening in his world…

How are you, how has summer been for you? Did you manage to get away at all?

Artche: I’m good thanks, it’s been good to see everything opening back up here and gigs starting to go back to normal. It’s been a normal summer for me, making music most days and finishing up a couple that will be out before the end of the year. I managed to get away to Ibiza for a few days to see my manager but everything’s still pretty restricted over there.

Have you played a gig in a while? And if so, how was it?

Artche: Sure, my last one was with Franky Wah here in Newcastle and again a couple of weeks before, one with Cristoph and they were both amazing! It was just good to be back playing in front of a crowd and great to be able to play all my music, that I’ve been making over the past year.

Can you let us in on a few things about Newcastle – do you truly feel the crowd there are one of the wildest in the UK? And can you talk us through some of your favourite gigs of all time?

Artche: I may be biased here but Newcastle is definitely one of the best crowds, and yes the rumours are true they are wild. One of my favourite gigs though was in London a couple of years ago with Lane 8. He hosts shows called ‘This Never Happened’ and you have to put a cover over your phone camera and any photos are banned which made the night so much better because the crowds aren’t watching the night through their phones. I also have to mention my gig with Cristoph in August because it was my first one back after over a year off and the last hour we went b2b so it was definitely a special one.

Outside of music, what else interests you then?

Artche: I’m a big football fan. Unfortunately, I support West Ham though so it’s mostly years of battling relegation apart from last year. I’m also into mma so there are many nights of staying up till 6 am watching the UFC.

Are you a DJ first or a producer? Does it matter? And how does one influence the other?

Artche: I don’t really know to be honest because I started as a DJ when I was younger and then got into producing a few years after but I’d probably call myself a producer first just because I absolutely love making music. Maybe 51/49 producer haha.

Are you someone whose mental state influences the music you make? Do you generally make upbeat and more downtempo stuff? And what dictates this thinking?

Artche: I’d say so. Most of my lyrics are to do with things in my life so that definitely has an influence on what I create. Most of my music is quite dark but that’s not to say my life is, I just tend to write about less upbeat topics.

You have a new remix coming via Adesso for Jochem Hamerling. Is Jochem someone you’ve admired for a while? And how did the remix package come together?

Artche: Yeah, it was great to land a release on Adesso, it’s a great label with a great reputation so it was an easy decision when I got asked to do the remix. I’m a fan of Jochem’s music for sure and when I heard the original I immediately loved the main lead and thought I could make something cool around that and the reception so far has been great.

How different a sound is for you compared to normal? Did you enjoy making different sounds?

Artche: I love to make all different kinds of electronic music. I think that’s obvious in my music comparing say ‘Waves’ to ‘The World You See’, they are very different, but I have that many ideas it’s hard to stick to one genre.

Would you ever release a live show or an album? Or what do you see as the next step for you as an artist?

Artche: I’m actually working on a live set-up for shows at the moment so hopefully, next year that will be all ready to go and my sets will have a new dimension to them. An album will definitely come but probably more down the line.

What else have you got coming up that’s really exciting you? Both music-related and outside of music?

Artche: I have some really exciting collaborations coming up before the end of the year which I can’t wait for. One with Cristoph called Illusions which will be out at the end of the month on Pryda Presents and another with OC & Verde on Yotto’s label Odd One Out in November.

Finally, can you tell us about some of your biggest musical influences of all time?

Artche: This is a tough one because there are so many but I’d say the likes of Depeche Mode, New Order, Maceo Plex, RUFUS DU SOL, Gui Boratto are some of the main ones. I love all the New Wave stuff from back in the ’80s which in my opinion is the best era for music.

Buy/listen to the release here.