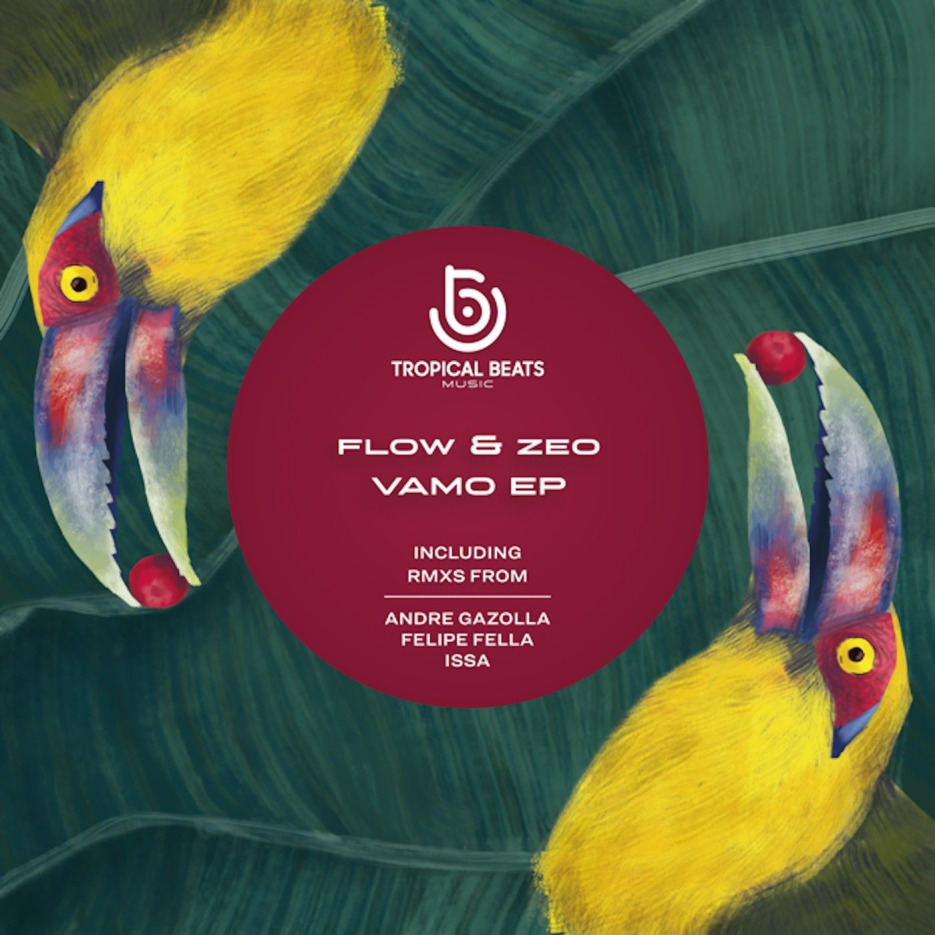 On July 09, Flow & Zeo released a new EP on their label, Tropical Beats Music. “Vamo” features an original track by the duo and remixes by three other Brazilian producers: Andre Gazolla, Felipe Fella and ISSA.

Fella, who adapted the organic and Latin tech house of “Vamo” to a minimalist and grooving proposal, told Feeder the ideas he had when received the track’s stems.

“When I received the remix pack with the guitar parts, vocals, effects, drum parts and bass, my head began popping with ideas. The bass from the original mix is pretty hypnotic, and using it in the remix would be a good way to make a tech house with that nonstop vibe. However, usually when I remix a song, I like to revamp a hundred percent and create a completely different idea on top of the main theme. With that in mind, I decided to go on a more elaborate groove with two new basses talking to the percussions, plus vocal and guitar cuts along the track. The idea of highlighting the main guitar melody on breaks was the first thing I decided when I listened to the original mix”, he declared.

The artist from Rio de Janeiro also comments on the production process:

“It was a simple production process. The main themes of the track (vocals and guitar) were already defined, which is what usually takes me the most time. I also used some effects and tones that came in the remix pack, I built the drums pretty much only with samples from Roland drum machines that I often use. The two basses were created with Rob Papen’s Subboombass plugin, while the kick is the classic 909 with a processing that made it more heavy and provocative”.

Fella is a great friend and fan of Flow & Zeo, recognizing a giant influence of them on his own trajectory. Therefore, he considers the first opportunity to remix the duo as quite an important milestone in his discography.

“I have always been a big fan of the couple. The first parties I went to in my life were to see them play. It has been years since we have known each other and we are friends, but I had not had an opportunity to make a remix or collab with them yet. I am glad about the invitation to remix this song — when Zeo called me on WhatsApp, he showed me the original mix and asked if I wanted to make it, I said yes and then I was jumping around the house”, he says.

“For me it is a great achievement. The guys who produced/played in my city before I started are my idols. Flow & Zeo were already big. They opened doors for those who came later (including me) and I have gratitude and huge admiration for them. I have already released a remix for Andre Gazolla on Tropical Beats signed as Keskem [duo that I formed with João Paulo Benaion], but with the alias Felipe Fella this is my first release on the label”, he concluded.