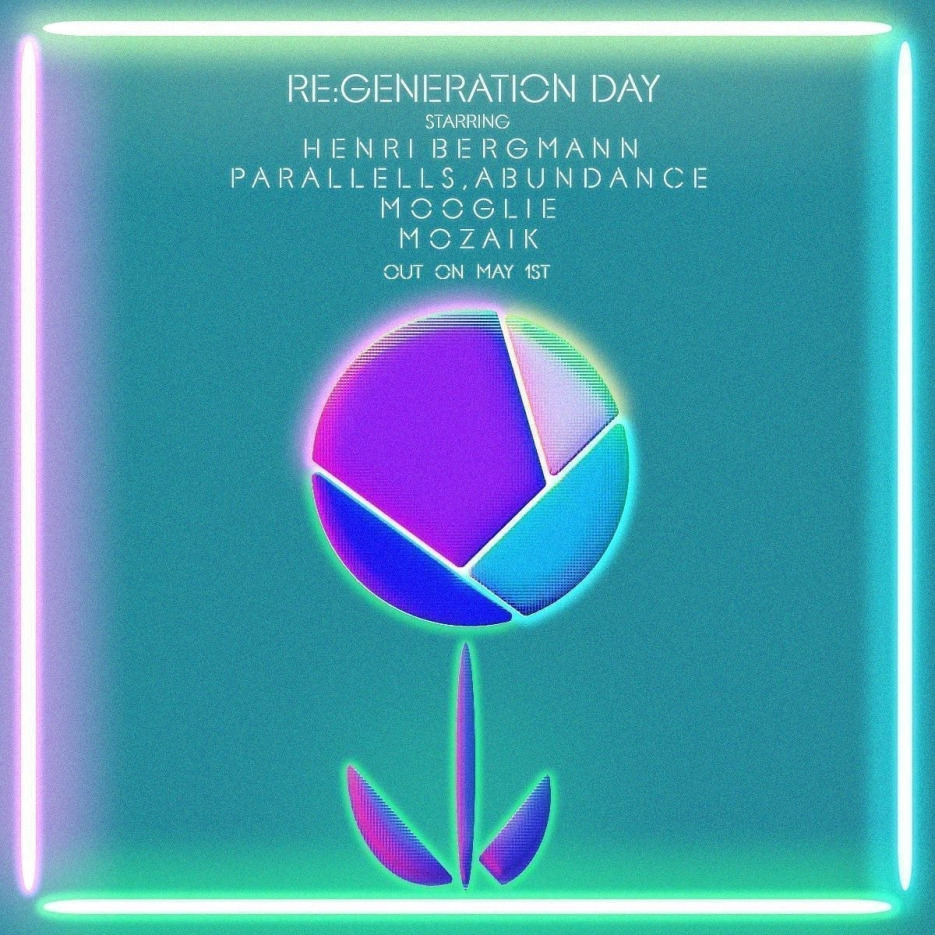 Agoria aka Sébastien Devaud is a DJ/producer who’s really reached the top of his game over the past couple of years. 2019 was a busy year for him too, as he released Drift and even had an Ibiza residency to his name. Like the rest of the scene, we’ll likely never know how well he could really have performed in 2020, but it’s safe to say that from a label perspective at least, his beloved Sapiens imprint is really beginning to steal a march. A consistent source of top-class electronica, the label’s latest endeavour is an interesting one, with Agoria releasing four EPs on the same day (‘Re:generation Day’ on May 1st) by four different artists. In the wrong hands, this could prove a wrong turn, but with the Frenchman steering the ship, it actually proves a masterstroke.

The first EP and my own personal favourite arrive thanks to Parallels, who team up with Abundance for the gorgeous and sublime sounds of ‘Blooming Flower’. This is electronic music designed to take your breath away, and boy does it do so. Hats off to the guys here for making the sort of tender deep house that we rarely encounter these days… but is always welcome when done right. A track that’s practically begging to be performed in a live setting, hopefully, it’s not too long before I eventually hear this one out.

Mozaik’s contribution to the series is arguably the most haunting and purely ‘dancefloor’ of the lot, and although it takes a while to get going, it’s most definitely worth it. Watch out for those brilliantly dense drums especially, as they really do cause a commotion when they fully enter the fray.

‘Rila’ is another track that’s all about the build-up, and although it comes with an instrumental version too, the more adventurous DJ out there will no doubt opt for the vocal-tinged mix. Again, this is inspiring stuff.

Mooglie’s ‘Prelude’ brings us back to a more sun-kissed plain, although he also tells us that he’s just as capable dropping bombs as is the case with the excellent ‘Monkey Disorder’, which for its name alone deserves a prize of sorts. We close out after with Henri’s ‘Creature’, which comes with three (all welcome) versions. A track where the beats and the vocals combine with real assurance, it – like so much of what’s on show here – is surely the sign of great things to follow. One thing’s for sure: we’re already waiting to hear more from all of these guys. Well done Agoria — and well done all who contributed here!

Out 1st May via Agoria’s Sapiens label…