Getting to Know… Michele Chiavarini [interview] 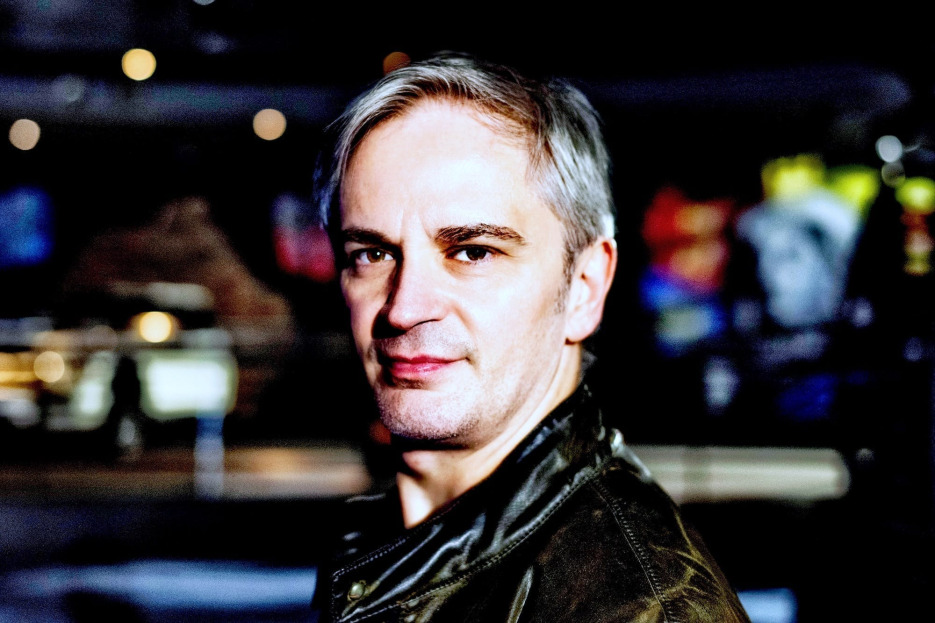 If there is one man who knows a thing or two about making music, it’s Michele Chiavarini. He’s worked with some of the biggest stars in the biz from Donna Summer to Kylie Minogue, along with dance music veterans Joey Negro, DJ Spen and David Morales, among many. Closing out a brilliant 2019, we get to know the Italian maestro as he launches his exciting new label SPRY Records…

Michele Chiavarini: I am originally from Perugia, Italy. I got into music because of my Dad, who used to play the guitar. So, I started with guitar, but pretty soon I expressed an interest for the piano and other instruments. I was classically trained on various musical disciplines, like composition, orchestration, conducting, etc. I also play the guitar, bass, vibraphone, harp, violin and other weird and wonderful bits and pieces.

Michele Chiavarini: Heavily influenced by soul and jazz music. However, I also love film music, which comes from some of my training and work outside house music. It will be soon reflected on some of SPRY Records, our label’s future releases.

Michele Chiavarini: If it’s classable as a dance record (and for me, it is!), Michael Jackson’s ‘Off The Wall’. Excellent songwriting and a production/musicianship oozing sheer class out of every single note.

Michele Chiavarini: There are a few currently being finalised and soon to be released on SPRY.

f: What has been your biggest release to date?

I have also co-written a lot of music with Dave Lee, like many of Jakatta’s tracks, The Sunburst Band, Doug Willis, and various other aliases. My biggest track to date still probably is ‘Let Me See You (Clap Your Hands)’, released on Quantize Recordings in 2014.

f: Who did you listen to growing up and do they influence your productions at all today?

Michele Chiavarini: I have always been listening to all kinds of music. No prejudice whatsoever! From an early age I was drawn towards soul, jazz and all jazz-influenced music, like jazz itself, fusion, bossanova and Latin jazz, etc. I’ve always been attracted to whom the musicians and the producers were, the behind the scenes and all the craft that went into making those records. I used to listen to jazz pianists like Oscar Peterson, Bill Evans, Keith Jarrett, Herbie Hancock, and Chick Corea, etc. Other musicians and bands include Miles Davis, John Coltrane, Quincy Jones, Earth Wind & Fire, Weather Report, and Manhattan Transfer, among others, all the GRP stuff, Chaka Khan, Frank McComb, Anita Baker, a lot of big band music, Count Basie, Robert Farnon, Nelson Riddle, Gil Evans and so on. The list is truly endless!

I am not sure whether they have influenced my production style, but they have certainly left a mark in the way I choose harmony, orchestrate and arrange. There is also a long list of producers I have always admired and listened to with great attention. Among others: Quincy Jones, Trevor Horn, Teo Macero, Arif Mardin, George Duke also as a producer, Babyface, Daniel Lanois, Trent Reznor, Dr. Dre, Max Martin, etc.

f: You have worked with some major stars over the years including Robbie Williams, Kylie Minogue, Diana Ross, Luciano Pavarotti, Donna Summer, Christina Aguilera, Moby, Gloria Gaynor, Simply Red and so many more. What was your experience like working with such big names in the industry and did you put a lot of pressure on yourself to deliver the perfect pieces, or are you more of a perfectionist when it comes to writing your own material?

Michele Chiavarini: Working with big artists is always a challenge, mainly because like myself and often even more so, they tend to be perfectionists. I know that when my creative input is challenged and I am pushed to dig for more ideas, I am in a good session!

However, when working on my own material, I often strive for an even higher level of perfectionism. That, sometimes, can lead to over-baking the cake. I need to keep repeating to myself ‘less is more’.

f: You’ve had a lot of successful releases on key dance labels over the years including Z Records, Toolroom, Quantize, King Street, Morehouse and many more. What made you decide to set up your own label SPRY Recordings?

Michele Chiavarini: Having my own label was something I have always wanted, mostly because of the creative control one can retain. However, I was always doubtful as to how much time running a label would take away from actually making music. When I met my business partner (and wife) Fernanda Reis, she was crucial in encouraging me to take the plunge. We decided that we would divide the tasks among ourselves and that seemed like the final incentive to go ahead and do it.

f: What does the name SPRY mean and how has your experience been in setting everything up for SPRY?

Michele Chiavarini: SPRY is an English word meaning sprightly, active, lively, especially for a certain age. We were mostly looking for a snappy and unusual word, first. Then, it came the meaning, which suits our nature quite well. We are no spring chickens anymore!

f: ‘Express Yourself’ featuring Carmichael Musiclover is your first release on the label, please tell us a bit about the song and how it sounds?

Michele Chiavarini: It’s a slab of quality soulful house, featuring Carmichael Musiclover, an incredible singer, songwriter and performer originally from Alabama, now living in Atlanta. We have known each other for a while and we have written a few tracks, which will be gradually released through SPRY. ‘Express Yourself’ is quite traditionally orchestrated in the soulful house style. Funky bass line, Rhodes, strings, lush backing vocals, etc. Fairly organic overall.

f: What else is coming up on the label?

Michele Chiavarini: Next up is a release from my jazz house outfit, The Jazzcodes, coming out in January. Then some gospel house, new material from Nova Fronteira (our Brazilian influenced project) and various soulful house collaborations.

However, we will also be exploring other genres, like hip-hop, broken beats, chill out, some cinematic stuff and even more electronic releases.

f: Being an expert in your field, do you still have an Achilles heel when it comes to producing?

Michele Chiavarini: I always feel that all aspects of my production could be improved. With time and budget limitations, I cannot go out gun blazing on every release with live instruments, strings, horn section, etc. I tent to have something out at least twice per week, so I have hold back sometimes. Regardless, I always try to do my best with the resources available.

I would probably like to improve the way I record some instruments for instance. Moreover, these days, because a lot of stuff (like vocals, strings, etc.) is recorded remotely, you are never completely in control of the sonic quality of the material. I definitely prefer to pick the studio and be at the session in person. However, it is not always possible, logistically and financially.

f: You’ve seen the music scene change a lot over the years since you first started out, how does it compare to now and looking back what precious advice would you give to yourself?

Michele Chiavarini: This is a tough one. The main difference is that sales are radically lower than say 20 years ago and consequently so are the production budgets. I would probably hold back on spending huge amounts of money on equipment which has now become obsolete.

My main advice would be, be excellent at your craft, or at least try your best to be. At the end of the day is not the size of your studio that matters, it is what you do with it.

f: What do you do to chill out when you’re not making music?

Michele Chiavarini: I love playing tennis, travelling, going to the beach whenever possible, reading, art, architecture, comedy, watching movies/TV series. I can binge-watch like no other!

Michele Chiavarini Ft. Carmichael Musiclover ‘Express Yourself’ is out now on SPRY Records.

3 thoughts on “Getting to Know… Michele Chiavarini [interview]”