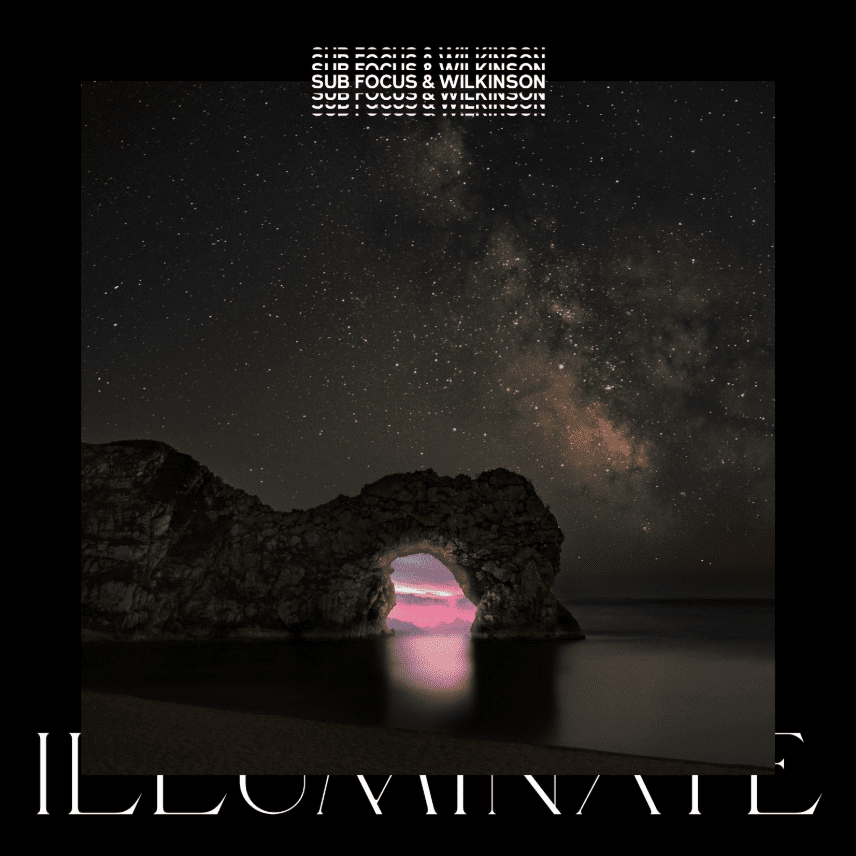 Two of the biggest names from the dance world have joined forces yet again, with Sub Focus and Wilkinson linking up on new single ‘Illuminate’, out 13th September.

A rapid-fire slice of modern D&B that is destined to take dancefloors by storm, ‘Illuminate’ is underpinned by infectious vocals and an emotive breakdown, delivering a measured blend of euphoria and club-ready energy.

It’s the first time the pair have gone into the studio together since last year’s single ‘Take It Up’. However, far from being a one-off, it marks the start of a broader collaboration project between the two artists. Collectively selling over 6 million singles, the link-up comes off the back of killer sets together at BBC Radio 1’s Big Weekend, EDC Vegas, Glastonbury, Let It Roll and Rampage.

One of D&B’s true pioneers, Sub Focus is best known for his state-of-the-art live shows and diverse back-catalogue, including ‘Tidal Wave’ and ‘Rock It’. A regular at the likes of Creamfields, SW4 and a resident at Amnesia Ibiza, he has twice headlined and sold out Brixton’s iconic O2 Academy. Sub Focus opened the year with his single ‘Desire’, a collaboration with fellow UK artist Dimension that spent a number of weeks on the BBC Radio 1 A-list and has gone on to pick up over 46 million global streams. His July double-single release of ‘Solar System’ and ‘Siren’ saw Sub Focus receive widespread support and close off his current series of releases. On the gig front, he has spent the summer performing at the likes of Glastonbury (three sets which included Arcadia), Love Saves The Day and Dour Festival.

Wilkinson has established his place as one of electronic music’s top talents. The London artist is best known for 2013 smash ‘Afterglow’, a track that topped the UK Dance charts and has amassed 167 million global streams. Four years later, he again hit #1 on the UK Dance charts, this time with sophomore album Hypnotic. Wilkinson has also built a stellar reputation around his live performances with his band, selling out the iconic Brixton Academy, the Roundhouse, four UK tours and headlining festival stages around the globe that including SW4, Reading & Leeds Festival and Creamfields. This continued into 2019 with performances at Glastonbury, EDC Las Vegas, and the BBC Radio 1’s Big Weekend this summer, as well as an Ibiza residency.

When two heavyweights of Sub Focus & Wilkinsons calibre come together to release a track, it’s little wonder that the end product is something as masterfully polished as ‘Illuminate’.