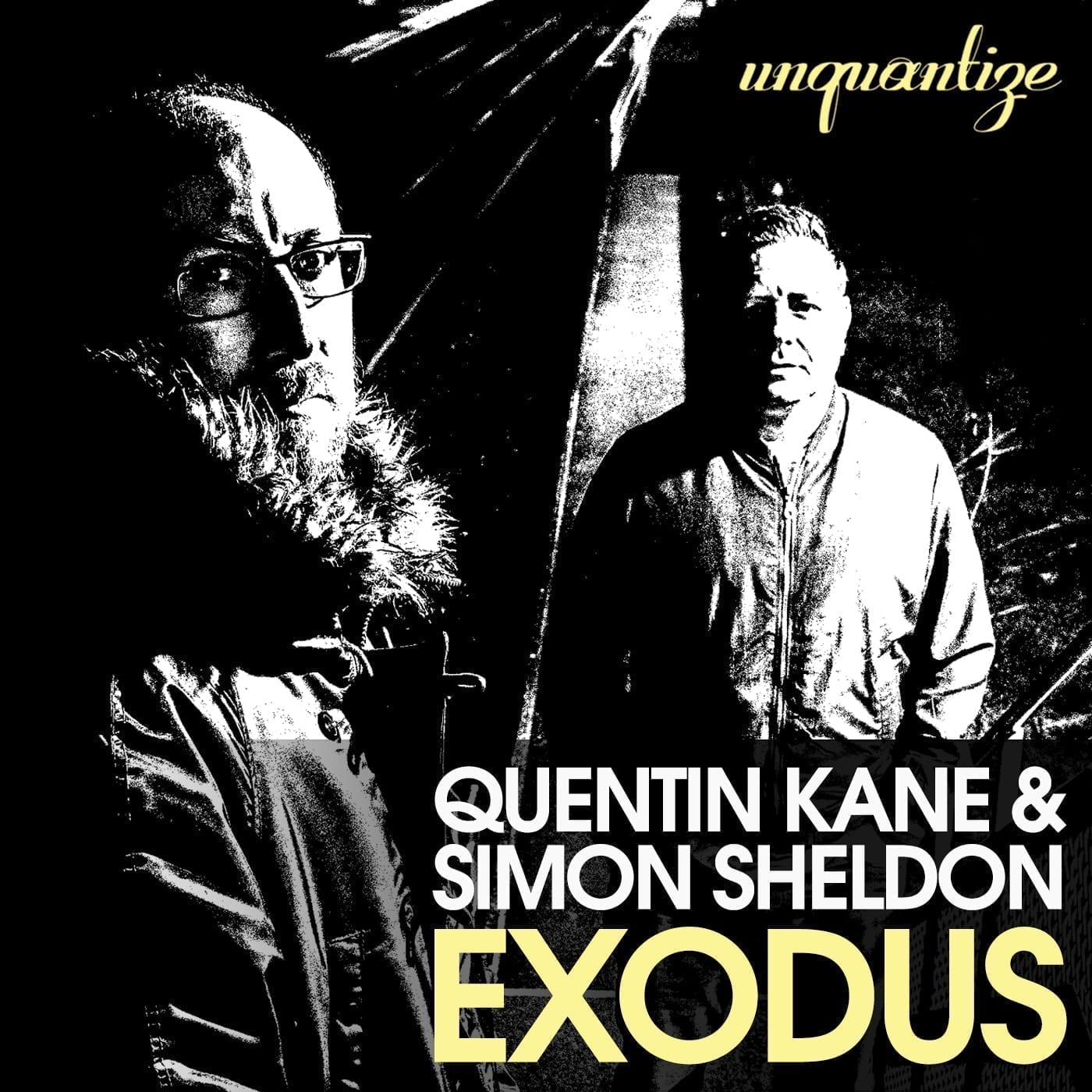 Quentin Kane & Simon Sheldon ‘Exodus’ Album Unquantize
Quentin Kane & Simon Sheldon
‘Exodus’ Album
Unquantize
Unquantize get ready to close out 2018 with a bang as they unleash the brilliant ‘Exodus’ album from Irish House Music stalwarts Quentin Kane & Simon Sheldon. ‘Exodus’ is a golden ticket back to the authentic 90’s house vibe, where echoes of nostalgia meet contemporary dance sensibilities. The duo weave a creative musical tapestry transcending all house genres, where hedonistic feel-good piano hooks of yesteryear meet stunning soulful vocals along with impeccable brass performances and some hefty key slaying. Guest appearances include artists such as Dana Weaver, TK Blue, Glen Molly and Linley Hamilton. Giving you a little taste of things to come, the album also features their brilliant new single forthcoming in January, ‘Xyenx’, which for the trainspotters out there, cleverly pays homage to all things ‘Your Love’.
More About Simon Sheldon and Quentin Kane:
A chance meeting of like minded souls, Irish duo Simon Sheldon and Quentin Kane met and instantly found a connection through house, funk, jazz and all things soulful. Both with a rich musical history and having been on the dance music scene for time – Quentin’s 10 year residency at the Legendary Thompson’s Garage in Belfast and Simon performing at Glastonbury and world tours with his DnB band Spree, it’s fair to say the pair have earned their stripes! Since staring to produce together they have released on acclaimed dance music labels such as Yoversion Records, Defunkt Recordings, Audiobite Records, Blacksoul Music, Double Cheese Records, along with many releases on DJ Spen’s Unquantize label, who be releasing the duo’s debut joint album project, ‘Exodus’.