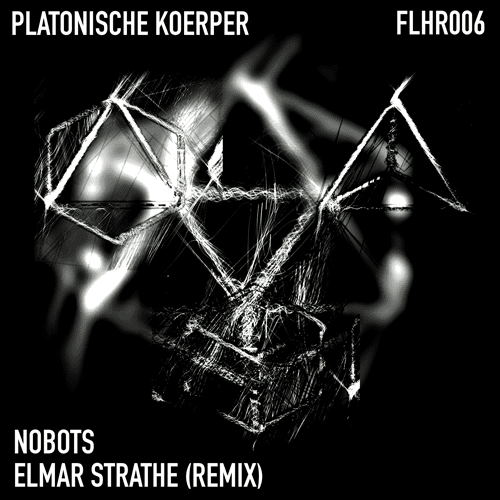 Coming from Cologne, Germany the project Nobots consists of Marco Doll and Tayfun Tufan. Doll comes in contact with techno in the late 90′. Influenced by Chris Liebing and DJ Rush he starts creating his own sounds. As a booker and resident DJ for Industry of Sounds events, he collects more influence and inspiration during the next years. Joined by Tayfun Tufan, the project “Nobots” is created in their own studio in Cologne, Germany where they network, work on sounds and connect with more people.

For their release on Fehler-Musik, the two guys collect their ideas of minimal techno, straight beats and wobbling acid bass lines. Platonische Koerper condenses their work of collected sounds and synthesizer experiments.

Right on the first track “Hexaeder” Nobots starts outright straight with an acid line and an uncompromising bass. On the remix, Elmar Strathe, who recently gained recognition by Richie Hawtin, reinterprets “Hexaeder” with a focus on the vocal chops and synth effects. In “Oktaeder” a groovy bass line running on straight beats is ridden by a playful trumpet and enjoyable percussions. Eventually “Tetraeder” closes this EP with its dark and heavy groove that is accompanied by techno stabs whose 90′ style semblance did not happen by coincidence.