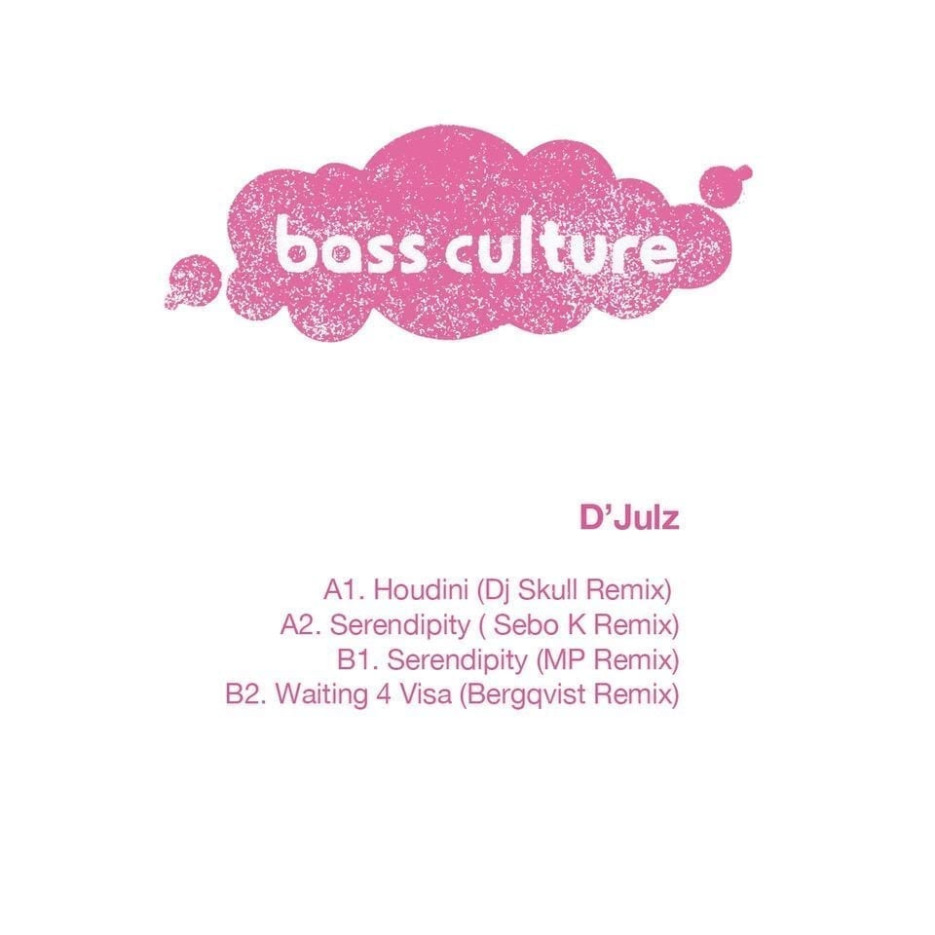 It’s time for the next release on long-running Paris label Bass Culture and owner D’Julz has invited a crack team of talented individuals to deliver the magic to this latest instalment of the label’s release schedule. This extra special remix package features contributions from the legendary DJ Skull, along with Sebo K, Henrik Bergqvist and Romanian MP. The bossman’s own 2015 EP ‘Houdini’ is the subject of this exquisite bunch of reworks, giving the whole release a fresh lick of paint from a group of artists handpicked by D’Julz to get to work on his productions.

The title track ‘Houdini’ is first in line, with the mighty DJ Skull on remix duty. The Chi-town legend has been a favourite of D’Julz since the early nineties when he was released on labels such as Djax-Up-Beats. The funk-imbued workout he creates from the original production is superb and a testament to someone who has been involved in music for three decades and still going strong.

Keeping DJ Skull’s remix company on the A-side is Sebo K with his take on ‘Serendipity’. Following on from his outstanding EP ‘Brock Wild’, Sebo returns to Bass Culture with another taught dancefloor cut, full of swing and groove, pushed along with a strong, insistent energy.

On the flipside, the deep sultry flavours continue to bubble up. Two more dynamic artists bring their unique touch to Bass Culture and the first is the Romanian wonder kid MP (Mihai Popescu), who has previously released on the sub-label Bass Culture Limited. His reinterpretation of ‘Serendipity’ is deep, nuanced and quirky with a simmering atmosphere throughout.

Last but certainly not least is the Swedish maestro Henrik Bergqvist. ‘Waiting 4 Visa‘ gets a kick in its step, with mysterious cosmic FX layered over a mesmerising bassline and a collection of bleeps and chirps that really bring the remix to life.