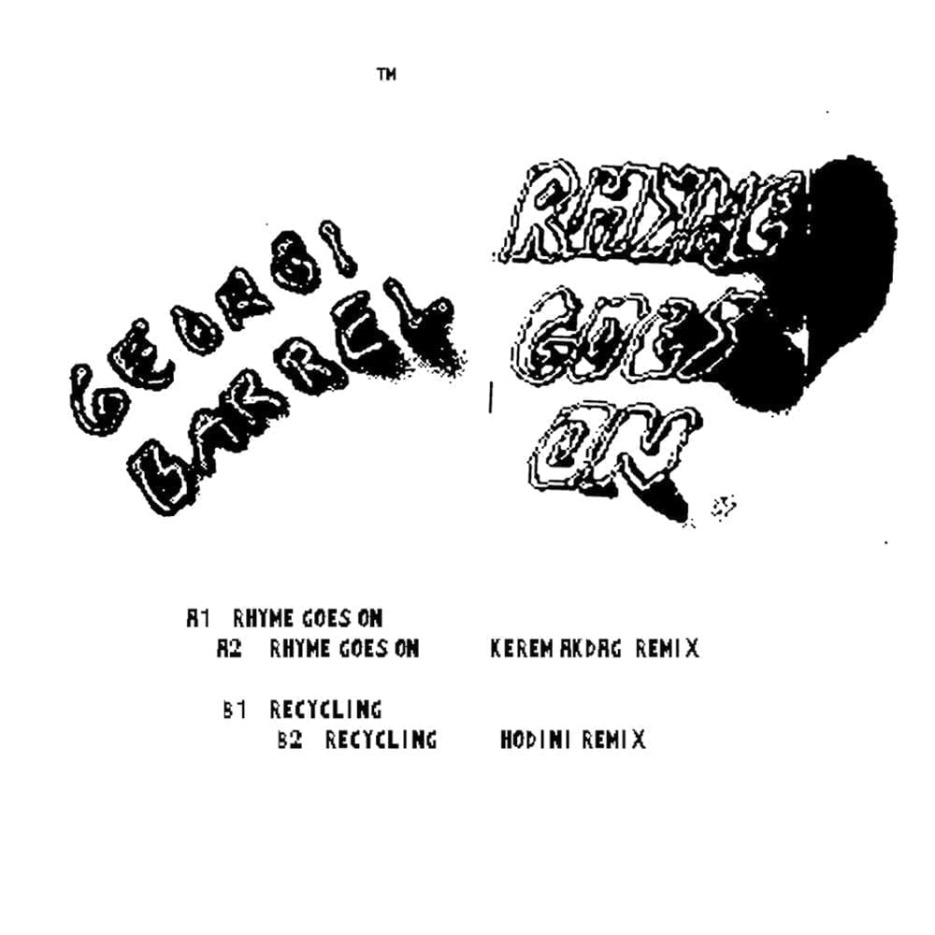 Georgi Barrel is a producer whose reputation is enhanced with every passing release. A musician in the truest sense of the word, Barrel is a sound obsessive with a penchant for knocking out quirky and unusual – but always enticing – house music. From that perspective, his signing here to the Istanbul/Barcelona label, Petra Digital, is a snug fit. Flanked by some fittingly complimentary remixes by Hodini (of Max Graef >and Glenn Astro’s Money $ex label) and Kerem Akdag (one of the Istanbul’s most exciting new producers), this is a release that’s characterized by good-time vibes throughout.

Opening the release is the sounds of the title track, ‘Rhyme Goes On’, a discerning gem that metaphorically brings the listener to pastures new. An ethereal, dreamy cut, its dreamy soundscapes already has us longing for warmer climes. By the time the jacking vocal comes into play, it’s hard not to be charmed. Kerem Akdag’s interpretation is no less emphatic. Akdag goes heavy on the synths, using them to give the remix its own sense of momentum. Pitching the vocal down considerably, he instead lets a stunning baseline and some clever percussive tones lead the way.

The flip side kicks off with the other original, ‘Recycling’. Clearly indebted to classic Dance Mania sounds, it sees Barrel deliver another almost effortlessly simple but devilishly catchy original. A majestic piece of peak-time house, it’s rough-and-ready approach is sure to win its admirers aplenty. The release’s closing gambit comes courtesy of Hodini, who turns ‘Recycling’ on its head courtesy of an analogue-heavy jam that owes much to the dusty sounds of Moodymann and Theo Parrish. A gloriously melancholy cut, it’s subtle but also striking enough to make an impression on the floor. A classy example that sounds off an altogether exceptional release, Petra Digital’s first release of 2018 is an auspicious one indeed.

Grab a copy of Rhyme Goes On at deejay.de