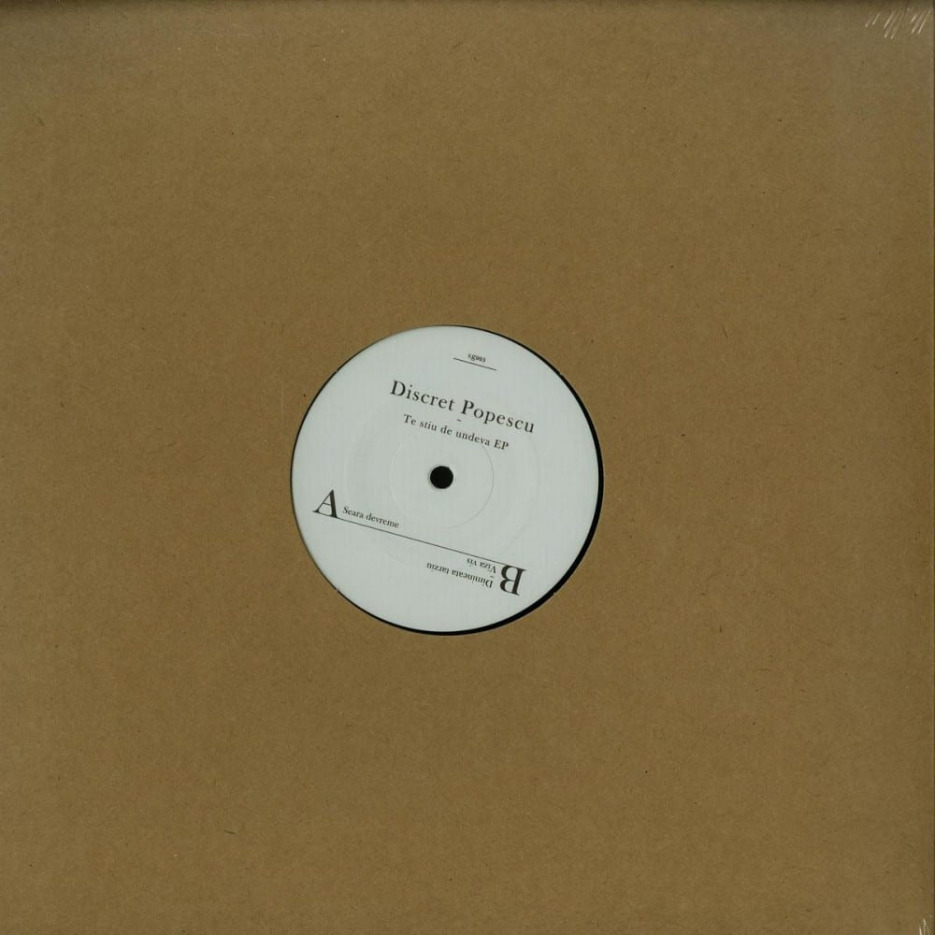 The guys at Stomping Grounds, a record label founded by Jay Bliss back in 2013 which focuses on finding the balance house and techno, retro and future or art and dance, wanted to keep this one under the radar, to be a bit discreet about it. Well, that didn’t work out so well because the quality of the tracks on this release certainly got our attention and it’s safe to say we’re not going keep our appreciation to ourselves.

This is Stomping Ground‘s third instalment with the first two featuring tracks from the likes of Vlad Radu, Egal 3 and the man himself, Jay Bliss. “Zâmbet de Soare” from Jay Bliss is one of the tracks heavily played by many Romanian DJs over the last year and it speaks in terms of Stomping Ground‘s high standards when it comes to music. The first two tracks are the two moments when a party starts and ends: Seara devreme, meaning early in the evening, is as playful as a track can get. It is full of happy grooves, an enthralling bass line and some pretty intriguing vocals. The perfect way to start your evening and it gives you the fuel for the rest of the night.

A very long night indeed since the second track is Dimineața târziu, meaning late in the morning, which is pretty much when the very long Romanian parties tend to end (although, to be fair here, sometimes they last until late in the afternoon or even for a full 48 hours). This one gives an appropriate feeling of let’s keep the party going: the bass invites you to dance and with some kicks, drums and a few mysterious sounds it has the perfect recipe to make you ignore the hints your body is sending you that you should go home. Let’s dance some more is pretty much the idea here.

On an opposite note from the first two tracks sound wise, vis-a-vis of them one might say, we find Viza vis, an interesting contrast to the style heard before. It has a dreamy feeling to it and it kind of cools everything off from the very happy and dancing grooves that we heard earlier.

We heard a rumor that Discret Popescu is from palinka-land and that Crihan might know something about this. Nevertheless, it is a very good record and we enjoyed every minute of it.