Reinterpretation of the Infinite Column by Vlad Nanca 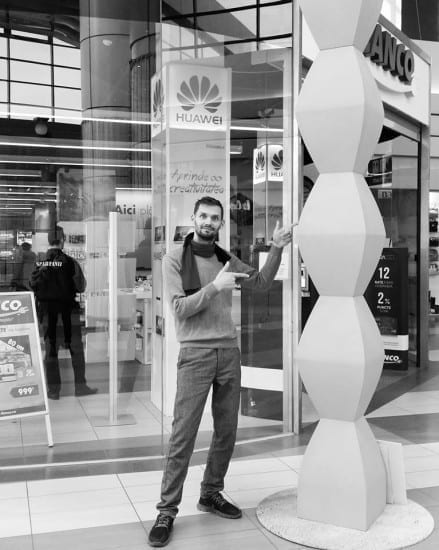 We carry on our series of articles aiming to bring into focus the contemporary artists whose style was influenced by the works of Constantin Brancusi and it’s a Romanian artist who’s standing in the limelight this week.

Vlad Nanca has been living and working in Romania since before the internet appeared. He was one of the founders of the online platform Incepem, meant to link artists, promoters and gallery owners and which ran from 2003 to 2008. Many nice things followed, such as Home Gallery, featuring exhibitions by Liliana Basarab, Ioana Nemes, Mona Vatamanu, Florin Tudor or Janek Simon. The same individual paved the way for the 2020 initiative.

His first works make use of cultural and political symbols, frequently evoking nostalgia through wordplay which sends the auditorium into the recent local history. When it comes to installations, sculptures or design objects, the public space is both his playground and research centre. He ventures through various channels while undertaking curatorial or editing projects. It’s this enhanced perceptiveness that generated his well-structured portfolio, bringing together his collages, installations and performances. This year, a selection of his recent creations was printed in a volume called THAT ‘70s SHOW, published by Effe e Erre in Boccanera, Trento, Italia. This catalogue can be found over at the punch.ro library.

We hope to generate a clear image of the Infinite Column motif as it’s been skillfully remixed by Vlad Nanca.

Glimpse into the infinite (after Brancusi)
2013
model; mirrors, MDF, paint

After completing a series of works inspired by the creations of Brancusi, last month’s display at Plan B Gallery in Cluj Napoca wrapped up the discourse. The collective exhibition titled The Son and Daughters of Brancusi, A Family Saga (Act I) was curated by Alexandra Croitoru and brought together under the same roof Cristian Alexa, Brynjar Bandlien & Manuel Pelmus, Teodor Graur, Monotremu, Stefan & Napoleon Tiron, SubREAL, SUPER US. Vlad Nanca showcased his series of photographies Collages of found slides, Souvenir and Brancusi Souvenirs.

The next article from the Brancusi series will introduce us to the works of Brodi Neill, but first how about we check out what happened in the previous episodes:

2 thoughts on “Reinterpretation of the Infinite Column by Vlad Nanca”