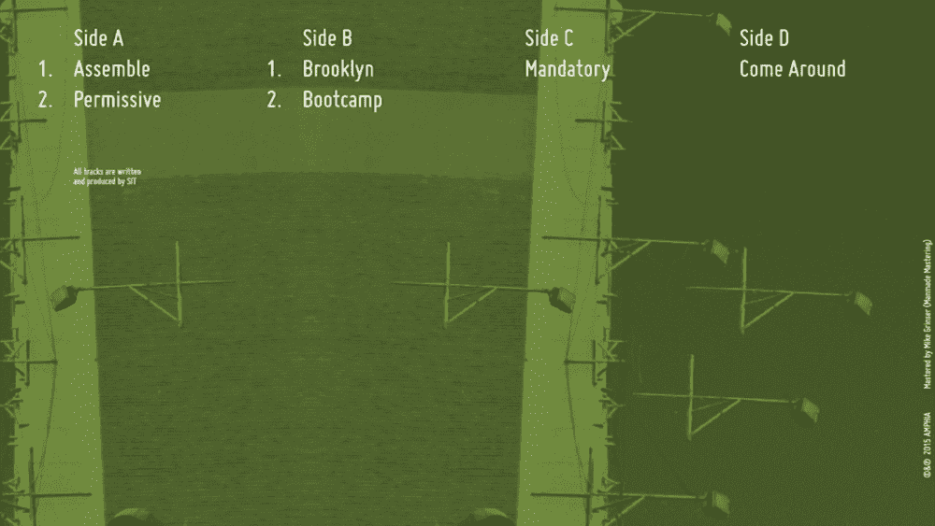 Look Sideways, because Amphia is preparing the 9th release. SIT’s album will be released in 3 LPs, perfect for djs and vinyl collectors.

Sideways Invisibility Theory is Vlad Caia and Cristi Cons, even though they’re very private and their music is present in the underground world. They both are fascinating people, extremely creative, selective and preoccupied with quality. Together, they transcend every space and genre, fluidly morphing their sounds into interesting stories and forms. They launched their own label, Amphia, as a place where they can overcome boundaries and bring music to another level, one without limits and constraints, where the artist is completely free. The result is a collection of ethereal and eclectic sounds, filled with sentiment. This way, techno and minimal are just foundations for the complex constructions of their music, harmonious and coherent, moody and spatial.

The first part reveals six tracks on two heavyweight discs. Although most of the tracks fit the usual SIT musical approach, the listener is greeted with a wide palette of rhythms. Assemble is an atmospheric dub infused with violins and orchestral echoes. Permissive starts things up with a playful bass progression and continues with lush pads and cryptic voices. Brooklyn’s deep moody synths and monster groove render it broken poetry at it’s best. For sure it will resemble those early danceable mornings. On a more joyful manner we are presented next with Bootcamp‘s sturdy baseline and playful modulated vocals. Mandatory claims a whole side of the second disc and so does Come Around. While the first is almost experimental but danceable and warm due to the occasional driving percussions and 303 sounds the latter is the star of the show. Come Around is 15 minutes long and comes with a story too.

A great collection of tracks, a great story that backs each one of them makes the first part of the Sideways LP trilogy a treat to listen and dance to. – via ourown