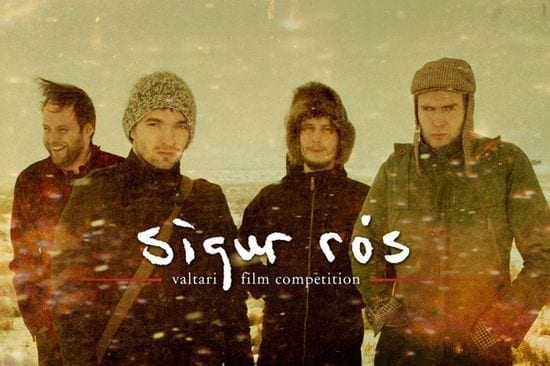 join sigur rós fans from around the world for a unique program of short films.

the weekend of december 7 – 9, a “valtari film experiment” program collects at least 17 commissioned “official” and fan-created short films created to coincide with the album valtari. the program will screen on all seven continents (yes, including antarctica). venues will include cinemas, cinema-like spaces, rock clubs, hardware stores, hairdresser salons, and beyond. with the band’s live film inni, large venues were particularly pursued, but this time, smaller, more avant-garde film-type spaces are sought out, though there will be many exceptions. in addition, we seek to deliver the films to the locations exclusively via the internet, cutting down on shipping drama and further embracing how the internet can connect people working on similar events around the world.

upon the release of their album valtari, sigur rós gave a dozen filmmakers the same modest budget and asked them to create whatever comes into their head when they listen to songs from the album. the idea was to bypass the usual artistic approval process and allow people utmost creative freedom. among the filmmakers are alma har’el, john cameron mitchell, and ramin bahrani, and at the same time, the band invited fans to contribute their own personal creations.

at screenings the weekend of december 7 through 9, fans will receive a secret url and a password for that url, where they can enter to win a valtari prize package. one will be given away per continent, with two for asia as it is the most populous continent.