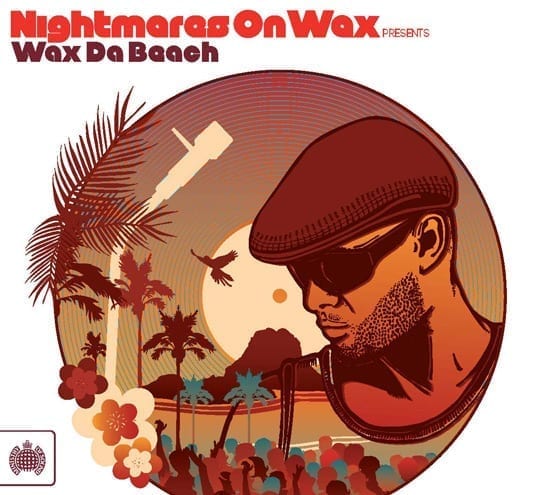 Interviu exclusiv George Evelyn aka Nightmares on Wax: “I have the ear for contemporary music and a love for nostalgia”

Alex Roșu: What’s the magic of your music?

George Evelyn: Soul music, it’s a feeling, not a style, something that resonates beyond the conscience, that connects with you like you know or recognise something about it but can’t work out where from, but you know it. That’s soul music:-)

Alex Roșu: Your musical career spans 20+ years, a period in which your sound included influences from techno to hip-hop, and of course, soul. What are your current musical influences?

George Evelyn: My influences are old and new; hip-hop has always had an influence on me, not the popular stuff – what I call hip-pop (!) – but the more underground stuff from producers like Hi-Tek, Pete Rock, DJ Premier to name a few, and the more leftfield productions from European artists like Onra, K’Bonus, Hungryghost, and Opolopo. I also dig the Detroit dudes like Carl Craig, Theo Parrish and Moodymann. Then my mentors and inspirations are Quincy Jones, Bob James, The Crusaders, Roy Ayers and Norman Whitefield. I have the ear for contemporary music and a love for nostalgia.

Alex Roșu: At least superficially, there’s quite the difference between tracks like “A Case of Funk” and “Soul Purpose”. What connects the two?

George Evelyn: Just a timeline from one level of making music to another, really. Tracks are not made with a connection in mind – they are an embodiment of that creative moment. I think it is good to keep searching when you’re making music; it’s like discovering or unearthing something. The unknown is where the magic is for me. Not knowing what you’re gonna come up with and each idea inspiring another, I love being in that zone.

Alex Roșu: NoW started off as a DJ duo and evolved into a full-fledged band. Does Wax da Beach signal a return to your DJ-ing origins?

George Evelyn: I have always been a DJ and a fan of music, but I have to admit doing the Wax Da Beach, Wax Da Jam and my weekly radio show, Wax Da Box on Ibiza Sonica, has inspired me and reminded me why I love Djing – and also what an amazing record collection I have. So I’m digging deep into my library and finding some real gems, I’m like a kid in a sweet shop at the moment.

Alex Roșu: Tell us a bit about the “Wax Da Beach” album – where it “comes” from and what it means for you.

George Evelyn: It’s expression and musical insight into the vibe we create at Wax Da Beach, more like a taster of or even a teaser to excite the imagination from afar.

Our whole vibe is all about “Da feelin” and using music as a channel to help people to remember. What I mean by that is that when you feel good, that is when you are closer to your true self. And when that feeling is amplified numbers, it becomes greater, so doing that through music on the beach with our crew is a blessing. That’s what “Wax Da Beach” is about, in fact, that’s all our Wax Da events are about.

Alex Roșu: What exactly goes on at a Wax da Beach/Pool/Jam event?

George Evelyn: We combine live music, which will include acoustic performances be it traditionally or way-out with one man human beatbox machine from Ricoloop. Then DJ, sound system performances with MC’s like Roots Manuva or regular legend Ricky Ranking. DJ jams with world-class musicians Wolfgang Haffner, Shovell the Drum Warrior and Paul Powell. It’s more than just playing music on “da beach”, it’s unrehearsed magic moments, where you just had to be there.

Alex Roșu: How does your soul-influenced musical aesthetic go along with Ibiza’s “party hard” scene?

George Evelyn: We’re an alternative, that’s all we are. We offer a soulful feel-good alternative on the island. It’s good for everyone if there is more choice, and what we have been building organically over the last four years has been greatly received by islanders as well as tourist. It just keeps getting better! Every event, season and year.

Alex Roșu: Do you plan to bring that grooviness to venues outside Ibiza? Are there any plans for a tour of sorts?

George Evelyn: Yes of course! We have done our club night Wax Da Jam in a few cities across Europe, and I envisage us doing Wax Da Beach on more beautiful beaches in the world. Why not? It makes total sense and it will happen in the right way, organically.

George Evelyn: I’m a doer and a believer and I’m always creating new challenges. Sometimes I have too many things going on and I have learnt a lot from that and I’m still learning. But I don’t think it’s to do with me having artistic freedom in mind, as I have always had the freedom to express myself through my art form. To not have artistic freedom, you have to give it away, no one can take it away, and only you can allow it by believing you have no say or right of choice.

Alex Roșu: You have collaborated in the past with many talented artists – is there anybody you’d wish to work with that you haven’t worked with yet?

George Evelyn: I would probably go for some of my mentors I mentioned earlier like Quincy Jones. Bob James and Erykah Badu would be a dream!

1 thought on “Interviu exclusiv George Evelyn aka Nightmares on Wax”