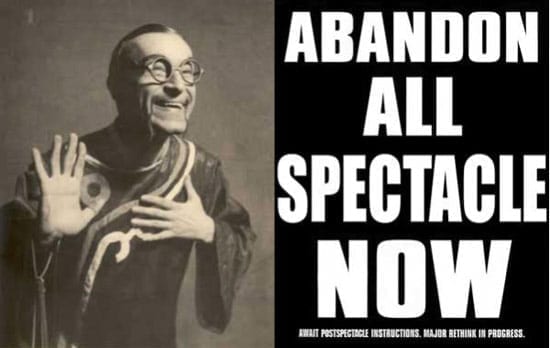 Romanian Dance History invites you to a series of events!

Be happy and be aware!

The only international scandal in Romanian Dance History the “Hammer without a Master” is Stere Popescu’s absolute masterpiece. The piece saw an incredible international revival during the last year and it’s bolder and more radical than it ever was. Sanda Agalides, Brynjar Bandlien, Florin Flueras and Stere Popescu (to be confirmed) will come to the Romanian Dance History to present some surprising aspects of this revolutionary work.

#postactivism, #postcapitalism, #postart, #posthope, #postspectator
The presidential candidacy is real, an authentic political campaign. Also, it is the third part of the Post-Spectacle trilogy, which deals with the status of dance and theatre performance in the world of generalized spectacle.Before taking Vienna by storm next month, The Presidential Candidacy will stop by at Romanian Dance History to rehearse and to present it’s postspectacle practice. The Candidate of Romania and the Second World will make a special presentation that it’s not to be missed.

The Lebanese artist based in Romania is surrounded by controversy. We do not know much about this mysterious artist apart from his cutting edge comments on Romanian Culture that produced much confusion over the last period.Farid Fairuz will have a special guest appearance at the Romanian Dance History. Mysterious and secret!

The day ends with an act of resistance. Recently at a high level meeting during Spring Dance Festival in Utrecht someone declared that the East is not sexy anymore and that it never was. Brynjar Bandlien, Paul Dunca and their guests will prove that Romanian Dance hasn’t lost its sex appeal!

Romanian Dance History ends without a Party. Find your own Party!