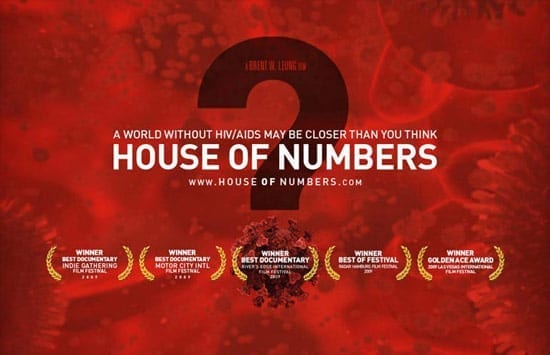 “What is HIV? What is AIDS? What is being done to cure it?”

“In House of Numbers, an AIDS film like no other, the HIV/AIDS story is being rewritten. This is the first film to present the uncensored POVs of virtually all the major players; in their own settings, in their own words. It rocks the foundation upon which all conventional wisdom regarding HIV/AIDS is based. House of Numbers could well be the opening volley in a battle to bring sanity and clarity to an epidemic gone awry.”