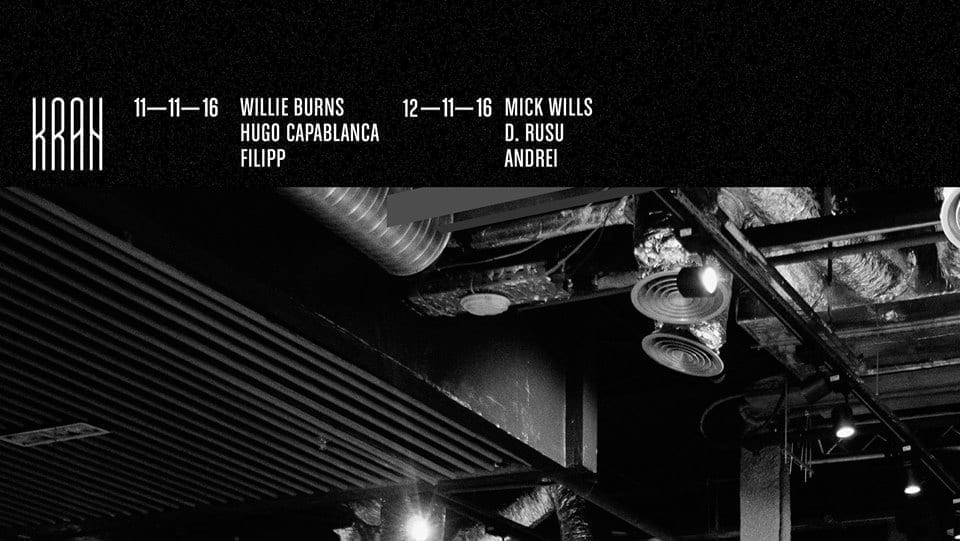 Ever wondered how does it feel to dance like nobody’s watching? Now you get the chance! Join us this weekend to discover some of the best techno and house music from these days, served by restless musical spirits that never stays in the same place for too long.

Willie Burns
Known best as Willie Burns, William Burnett has been around for years, deejaying as Speculator and producing as Grackle, Black Deer and many other aliases. Currently releasing on taste making labels such as The Trilogy Tapes, L.I.E.S. and Creme Organization. On top of producing records he stays busy with a wildly varied weekly radio show (WTBS), managing the infamous record digging spot known as The Thing in Brooklyn and also running W.T. Records. A DJ set from Burnett is something to behold, where oddities and rarities sit next to classics and forgotten gems.

Capablanca
https://soundcloud.com/discos-capablanca
Hugo Capablanca is a charismatic and unpredictable DJ / producer who has been steadily building a reputation for his DIY and playful approach. His DJ sets and studio work reflect his wild and eclectic creative energy. An approach that has been maturing in his current home, Berlin.

Mick Wills
https://soundcloud.com/mickwills
The world of music selectors and DJs is divided into many categories. Each of them stands out by itself, with an own set of values, aesthetics of sound, musical background and – generally – an own music approach. But the Stuttgart based sound adventurer Mick Wills can’t be part of any such category or label, as his way of playing music is totally unique and separates him from any other characters out there. He’s a category by himself.