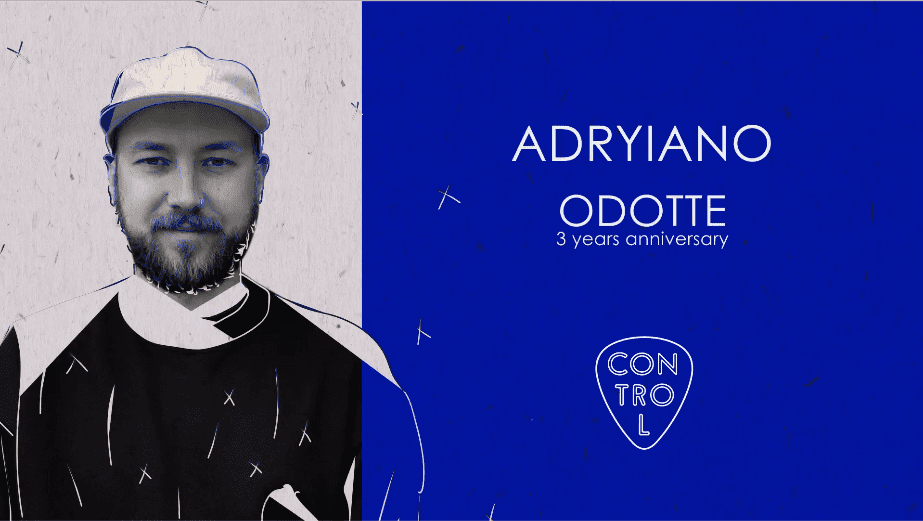 Once again, Odotte celebrates in style by inviting Adryiano to join the party. His must-have production ”On my Side” with 7 mil. views is popping up in any underground house playlist, injecting his special soul vibe into the mood immediately (https://bit.ly/2bPWmEq).

Adryiano’s love for house music cannot be denied, but thank God for all the music he explored in his adventurous career. Ska, punkrock, raggae and so on until Adryano got to Chicago House and there was it… love at first groove!

Skater with a banger, he brings it back and takes it to another level by adding his raw, deep signature into his production and mixing. An already favorite of Detroit Swindle’s Heist Recordings, Adryiano makes it count with every EP he works on while making his club nights ones to remember. Productions like “Feel like”, “Moccassin Groove” or “You and me and her” are just some of his classics. His very recent work, “The Sturdy Truck”, is also hitting it hard with his proprietary style of sample-based MPC house smoothly touched by disco.

Stopping by for the first time in Bucharest, Adryiano meets up with the birthday boys from ODOTTE for a dancing summer night in Control. Always digging deep for some goodies in their house, garage, techno and lo-fi collections, they take their dancefloor activation mission very seriously, as they are doing every time they reunite at the desk. On June 28, Odotte turns 3 years, translated into 3 years of gigs and mixing music together, so all there is left to say is Happy Anniversary and let’s dance!
_________________