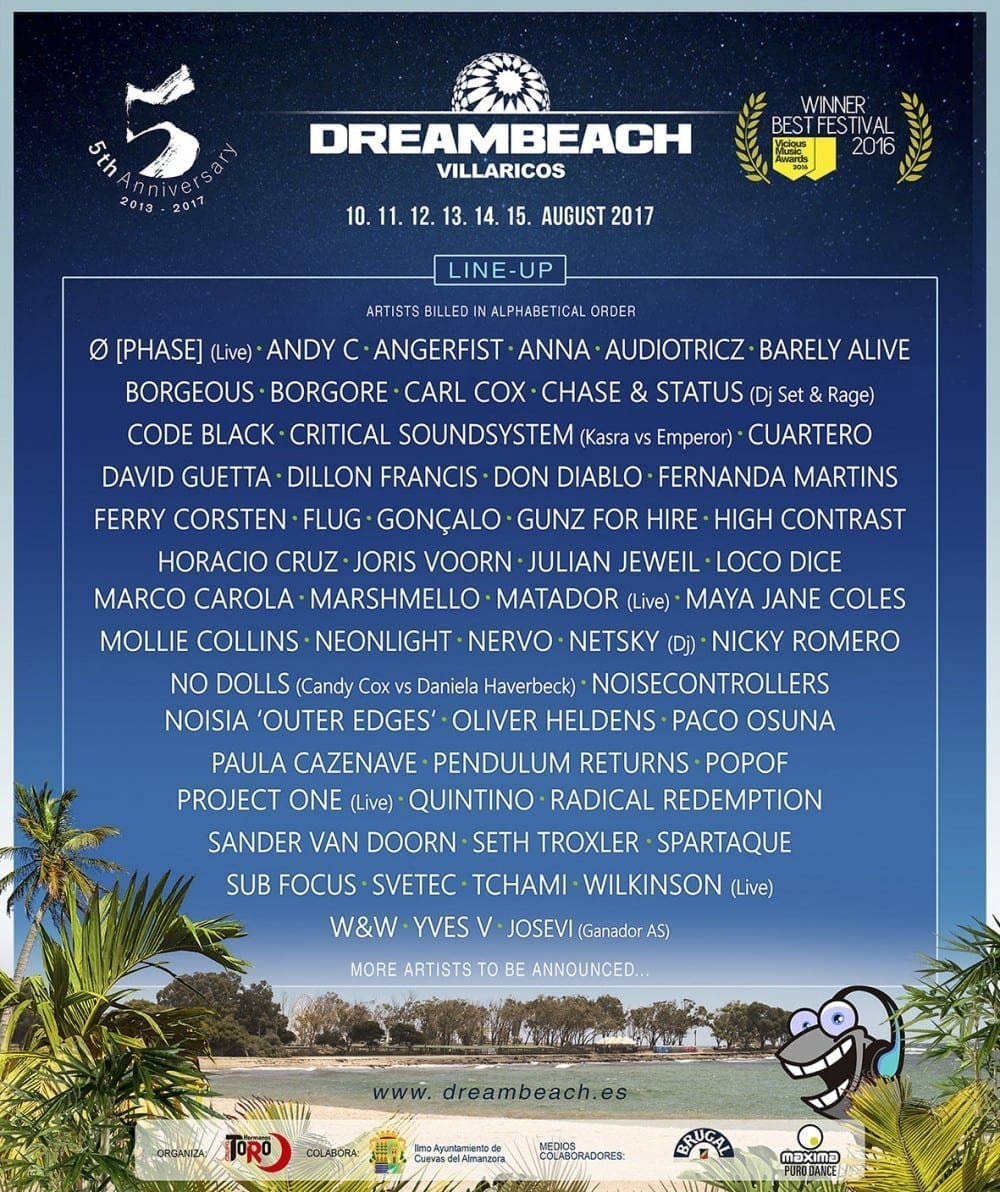 As Dreambeach gears up to commemorate its landmark 5th anniversary, the picturesque Spanish festival has now added a further 26 acts to the bill this 10th-15th August.

Led by the surprise addition of Pendulum last Friday – who joins previously announced headliners Carl Cox, Andy C, Chase & Status and more – Dreambeach show no signs of slowing down as they also confirm David Guetta to the Villaricos 5-dayer. Set to unleash his chart-topping sound to a crowd of 160,000 music lovers, the French DJ’s return to Dreambeach sees the festival at its biggest yet with almost an impressive 60 names on the bill in total.

Keeping the drums rolling at double pace is Sub Focus, Don Diablo and Critical Soundsystem’s Kasra & Emperor; whilst house and techno is represented via the addition of Seth Troxler, Loco Dice, Joris Voorn, Joseph Capriati and many more.

With tickets for Dreambeach’s 5th edition starting at just 60 euros and VIP tickets 112 euros, it is one of the most affordable European festival’s that’s beachfront setting means revelers always remain at the heart of the action – while the sun is always shining.

15 European festivals for a memorable summer