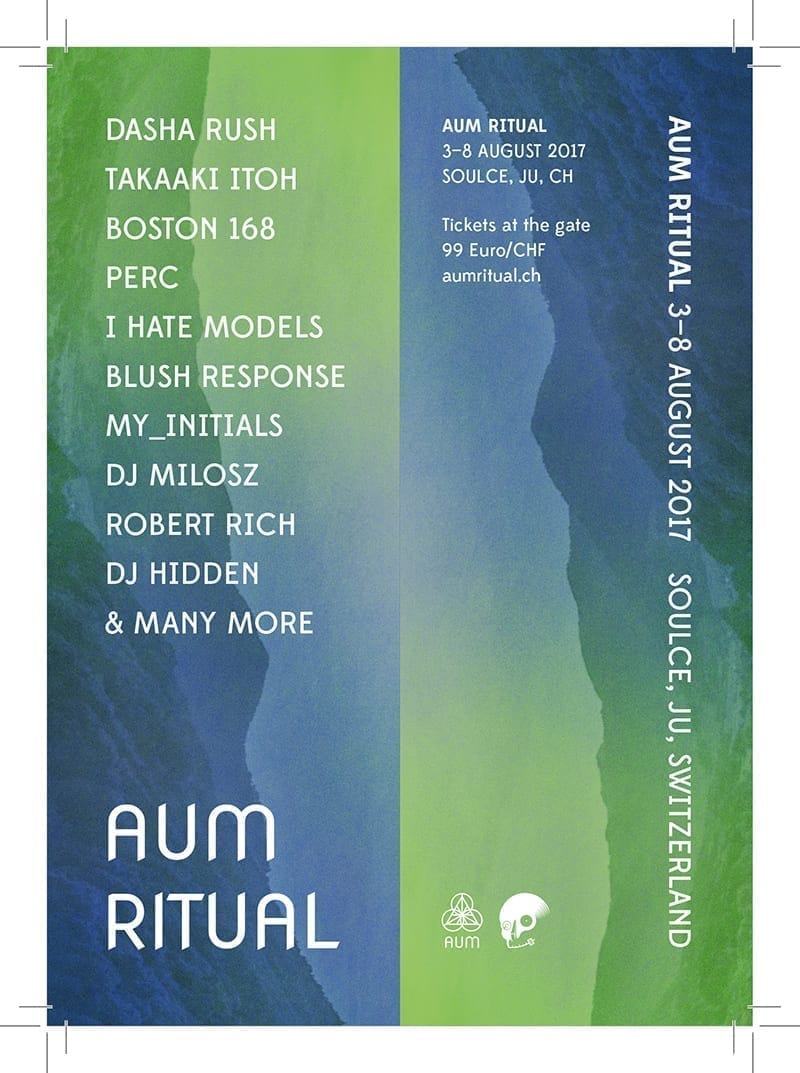 AUM Ritual summons everyone this August to a floaty parade under the moonlight, in a celebration of mythical partying. For around 5 days (3rd – 8th August), the full moon will shine down on all those who have gathered for the enchanted psytrance/ techno line-up fit for the electronically curious and dynamic insomniacs. Set in the endearing Swiss mountains – brimming with nature’s treasures, the daytime promises Heidi-esk sunshine to fracture strong waves of 4/4, african drums, experimental concerts and more whilst the night will dissolve into feral chaos in the undergrowth. One thing is for certain, that both locality and sound will unify all who seek AUMs sanctity.

The Russian born artist Dasha Rush is set to play AUM and knows how to capture a crowd. Her techno sets are enough to project you to the murky dimensions of an electronic abyss. Surely her sounds are enough to lure the flora / fauna into the twilight.

Blush Response is also set to play with a dramatic set, indicative of his industrial infused techno repertoire. Expect next level tidal waves of urban dysphoria.

A familiar name among techno fans, and recognised as one of the most respected producers in techno today, Perc will be making an appearance this year with a “blow-your-mind” journey of high precision techno and expert mixing.
Moscow’s answer to everything pscycho-electronic will be gaining global attention at AUM. KinDzaDza will be playing an old school, full power energetic set this August.

The Macedonian psytrance talent Atriohm, who knows how to enchant audiences with his ambient / downtempo psychedelia, will also be making an appearance.