A presentation by Hit Man Gurung and Sheelasha Rajbhandari 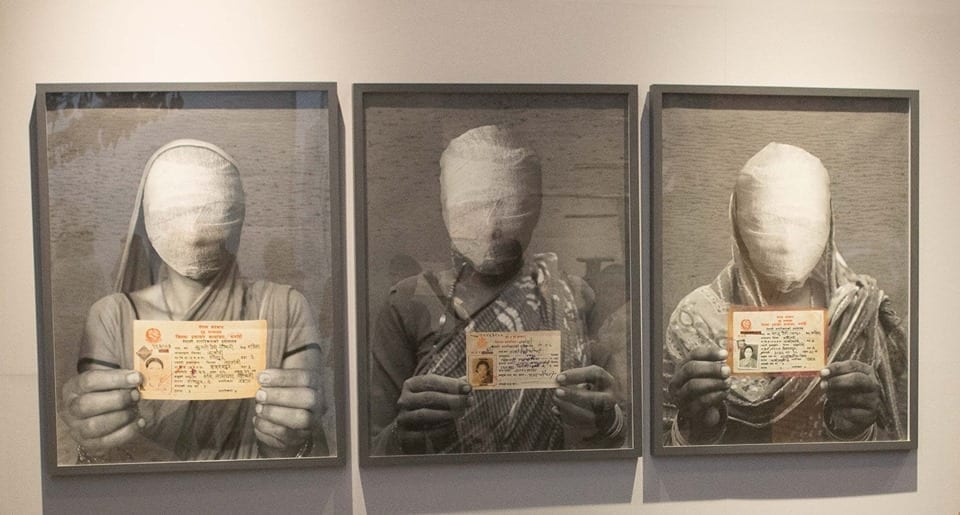 A presentation by Hit Man Gurung and Sheelasha Rajbhandari

This is My Home, My Land and My Country
A presentation by Hit Man Gurung and Sheelasha Rajbhandari

Hit Man Gurung (b. 1986) is a multimedia artist based in Kathmandu. His body of work is a direct response to some of the most pressing socio-political issues of the country. Most of Hit Man’s artwork addresses mass migration and haphazard urban development, aspects that are consequences of the ten-year Maoist civil war and a reflection of an unstable, apathetic government. Deeply concerned about the impact of these larger forces on individuals, communities and societies Hit Man infuses his paintings, documentary photo collage and installation work with political conviction and personal poetry.
His recent series of work deals with Nepali migrant laborers who leave their families and country to join transitory work forces in foreign countries. International migration has increased exponentially since the civil war, causing disconnections between generations and altering structures of towns and villages. This trend has had a direct impact on traditional knowledge chains and local economies. These series highlight both the ensuing emotional landscape and the altered socio-economic realities.

Sheelasha Rajbhandari (b.1988) is a visual artist based in Kathmandu. Her mixed media installations depicts the parallel – yet, often contradictory – existence of traditional beliefs and historic ideas with contemporary events and evolving lifestyles. Her recent works explores how Nepal is transforming from once being an important centre for trans-Himalayan trade, to a flux between two emerging world powers of India and China. Rajbhandari is interested in reflecting these social, economical, political past and present through dialogues and explorations of personal/collective memories. She is interested in learning alternative histories like folktales, folklore, legends, oral histories, mythologies, along with references to mainstream history. Her artworks usually juxtapose these contradictions and attempt to synthesise the knowledge and experiences that result from these varied discourses.
She also expresses the power struggle through gender perspective. She frequently tries to counter the taboos and simple yet socially forbidden subject matters through her artwork.

Sheelasha and Hit Man are co-founders of the artist collective Artree Nepal, which was established in 2013. Currently they are part of the historical exhibition “Nepal Art Now” at Weltmuseum in Vienna.

The event is the result of a research trip realised by tranzit curator Raluca Voinea in Kathmandu in 2018 with a grant from the Foundation for Arts Initiatives.

Special thanks to Karan Shrestha.

ERSTE Foundation is the main partner of tranzit.